Twenty-one-year-old Jasmine Tookes got her foot in the door on the commercial side of the modeling industry, landing lucrative ad spots for Ugg and Gap in 2010. But then, the Huntington Beach native booked DKNY’s spring 2011 campaign, followed by a spread for Italian Vogue, shot by Ellen Von Unwerth. Her agency, IMG Models, finally deemed Tookes ready to take on the world’s finest catwalks — and the five-foot-nine model didn’t disappoint. Tookes, whose looks are a mixture of her European, African, Brazilian, and West Indian ancestors, modeled spring 2012 collections for Calvin Klein and Jason Wu in New York, Tom Ford in London, Prada and Versace in Milan, and Miu Miu in Paris. Now, rumors have it that Tookes was shot for Calvin Klein’s forthcoming campaign. We sat down with the model (who has an impeccable complexion: cosmetics companies, take note!) to chat about modeling for Louis Vuitton, her love for Michael Jackson, and more.

Tell us a bit about your childhood.
I was born and raised in Huntington Beach, California. I was very athletic, playing volleyball and softball. I did gymnastics for about ten years, too.  I have a 2-year-old little sister; we’re nineteen years apart.

How did you get discovered?
I always had an interest in fashion because my mom is a celebrity fashion stylist. I grew up being on set or in showrooms.  I was actually discovered while at a showroom appointment and was immediately sent over to an agency in L.A.  I was about 15 years old at that time.

What was your favorite show from the spring 2012 season?
I loved Versace and Louis Vuitton.  If I have to choose one, though, I would have to say Louis Vuitton.  It was all very dreamy — the music, carousel, clothes — everything was beautiful.

If you could change one thing about the modeling industry, what would it be?
I would change Fashion Week castings. I would put all the designers in one big room and hold a casting for three days.  That way all the designers get to see you and you’re not running around like a madwoman trying to make it to every one!

What are you reading now?
Cry, The Beloved Country, by Alan Paton.

If you could meet anyone, dead or alive, who would it be?
Definitely Michael Jackson!  My mom and I grew up listening to him and Janet Jackson.

You’re about to be stranded on an island and you can bring one person and one thing. What would you bring?
My mom and iPhone.  That way we could have a little island party with music, awesome photos, and games to play if we get bored.

What’s your diet like?
I hate to say this, but I’m one of those people with an extremely fast metabolism.  I eat, eat, eat, and yet I can’t seem to gain any weight.   Lobster and crabs are favorites. Also, I LOVE pizza … I think I could eat pizza every day.

Do you work out?
Well, a lot of my friends have been trying to get me to try yoga. So yoga could possibly be in my future.

Best advice received on modeling?
Stay humble. No matter what huge campaign or contract you may do.

Are you dating anyone?
Yes, I am. He’s one of the sweetest young men out there in this crazy world!

Where do you see yourself in ten years?
Hopefully with my own cosmetics line and happily married with kids.

What are your plans for the holiday?
My family is [in New York] for the week, so tomorrow we’re going to spend the day walking around the city and enjoy being together. 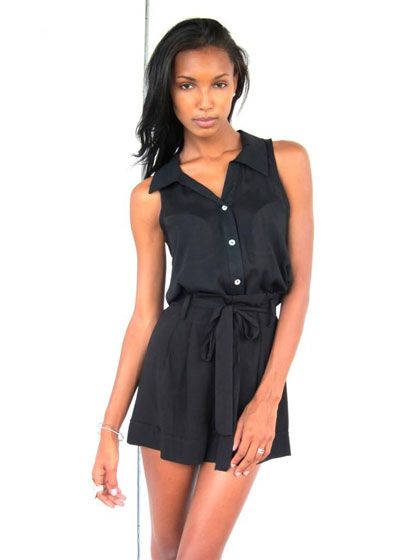 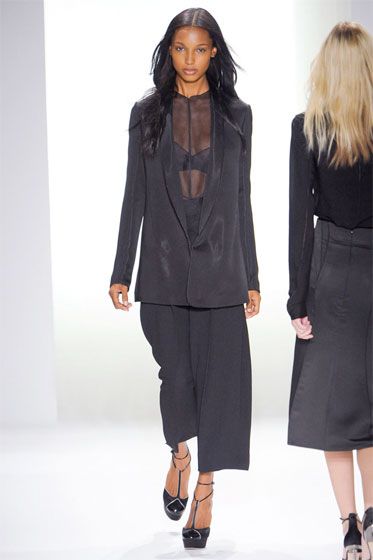 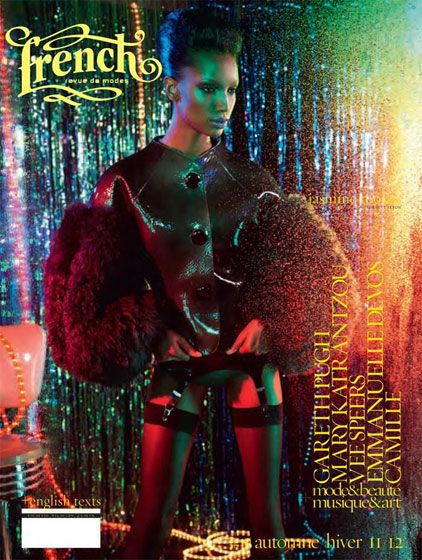 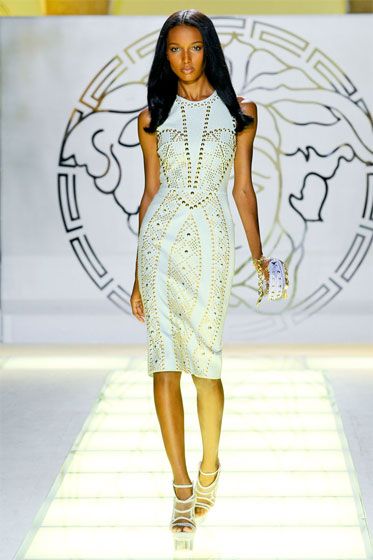 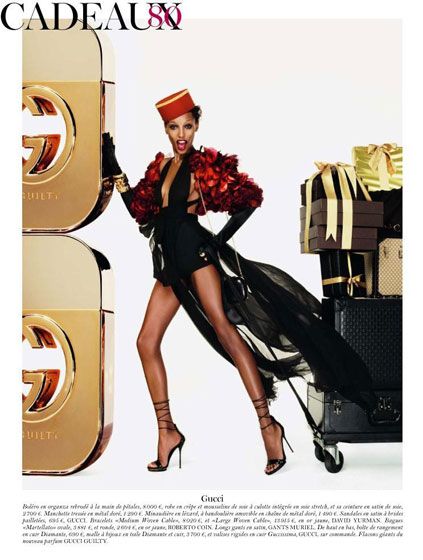 In the December 2011/January 2012 issue of French Vogue, shot by Giampaolo Sgura.