Dominican-born model Marihenny Rivera’s biggest coup this past runway season was being personally chosen by stylist Katie Grand (who recently launched the career of Nyasha Matonhodze) to open Giles Deacon’s spring 2012 collection. A week later, she was one of two black models to walk for Prada and the only black face to book the Marni show. Now based in New York, Rivera has already shot with a host of photographers, including Paolo Roversi and Richard Burbridge. The 19-year-old told us about her childhood in Punta Cana, her penchant for tequila, and her father’s runway-walking lessons.

Tell us a bit about your childhood.
I was born in a really small town from Dominican Republic, nearby Montaplata. I lived there until I was 13 years old, and then I moved to Punta Cana.  I was a bad child. Once, when I was 7 years old, I was frying plantains in the backyard garden, after my mom told me specifically not to cook, and I caused a huge oil fire. Next thing you know, my legs were burned. I should have listened to my mom!

How were you discovered?
I got discovered when I was 15 years old, four years ago. People kept telling me I look like Naomi [Campbell]. My stepmother was the one who helped me a lot along the way, helping to set up test shoots with local photographers. I eventually signed up for a model competition but didn’t get far because I was only five-foot-seven at the time.

You’re five-foot-nine now, no?
And a half, actually!

What do your parents think of your newfound success as a model?
My father is so excited. He taught me how to walk on the runway. Before, I used to walk with my head down, bobbing from side to side, until my father put a book on my head to correct that. He would say, “If you are walking, you have to look to a straight point ahead.” My mom is happy, too. Every time she sees my pictures in magazines she shows everyone, saying, “Look, this is my girl!” My brother is jealous, though, because the boys back home always bug him about me, and say, “What about your sister? How is she? I want to be her boyfriend.” He tells them that I got married to my mother agent, who’s gay, just to shut them up.

What do you remember most about Fashion Week?
Eating a lot of apples. I didn’t have the time to eat real food. I remember when they bleached my eyebrows for Prada, too.

Biggest surprise?
Walking the Marni show. I was the only black model to walk. Also, they told my agent, “We don’t do new faces,” but two days later, I got the job!

You also opened for Giles.
I remember when I found out I was opening the show right beforehand. I was backstage, and there were no numbers on the looks yet. I found out minutes before the show, when they called my name first and I remember thinking to myself, “uh … what?!”

How was it working with Katie Grand?
She’s so sweet. The thing is, when I did Topshop Unique, I didn’t know she was the stylist. I had her confused with someone else. One of my agents told me, “Katie Grand loves you.” And I was like, “Yeah, but I don’t really know who she is.” She’s always smiling, though, I love that.

What books are you reading now?
The Bible is the only book I read. Psalms is my favorite.

What is your fitness like? Do you work out?
Well, I don’t really work out. The thing is, every time I go to castings, I don’t take taxis. I always walk.

Did you walk here?
No, but only because I was running late! [Laughs.]

What about your diet?
Well, I love to eat pasta, pizza, and burgers. But now, I’m just eating soups and salads. If you look in my fridge, all I have are apples, salad, and soup. I feel like a model now! When I tire of eating that stuff, though, I’ll treat myself to something good.

What was the last thing you bought?
Balmain shoes.

Do you ever read your FashionSpot forum page?
Oh, yeah! I’m crazy about it. I like to find out what people say about me, I love to know. What they like, what they don’t like. 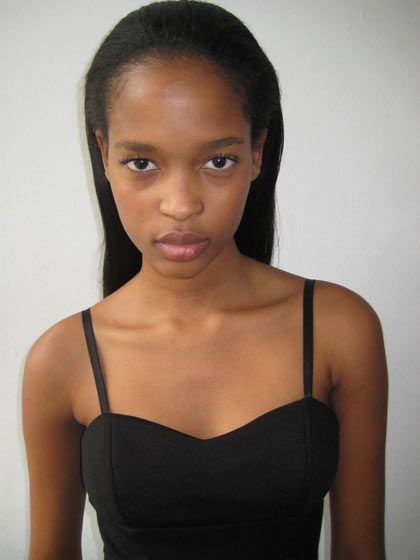 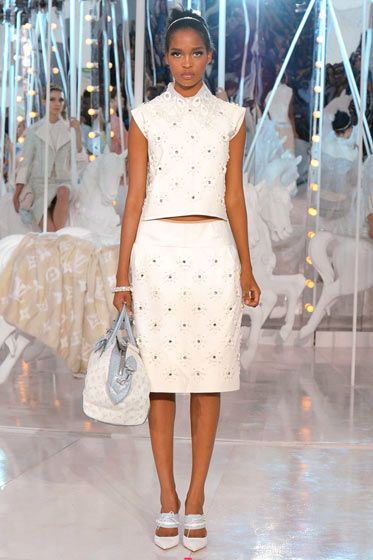 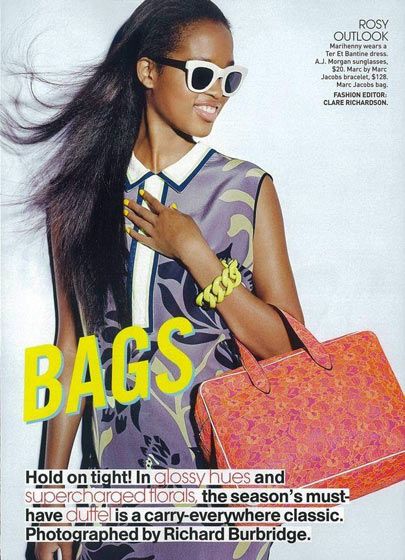