Miles McMillan never planned to be a model. Instead, the 21-year-old California-native aspired to become a painter. But two years ago, while earning a degree in studio art at New York University, he was scouted on the street.  He didn’t think much of it at first, but later on, while his friends were all busy trying to find jobs, McMillan decided to give it a shot. Represented by DNA Models, McMillan walked the spring 2012 menswear shows for Alexander McQueen, Dior Homme, Rick Owens, and Lanvin in Paris. Editorially, he’s done quite well, too, shooting with the likes of Daniel Jackson for H&M, Richard Burbridge for V Man, and Jack Pierson for AnOther Man magazine. We sat down with McMillan recently to talk about his favorite painters, his love of reality TV, and the chaos that went on at the Versace for H&M show.

Tell us a bit about your childhood.
I was born in La Jolla, California. [I have a] good family with a sister who’s nine years older than me. My dad is a developer and my mom is a psychologist. I was always artsy — always drawing, always painting. I was pretty quiet. Actually, I’m still kind of quiet. I preferred to play by myself than with anyone else. But I played with other people, too … when I had to [Laughs]. My parents were like, “Why don’t you have friends over?”

How were you discovered?
Four years ago, I came to New York to study studio art at NYU. Around two years ago, someone wanted to shoot me on the street for Urban Outfitters, so I did that. But I wasn’t really interested in modeling because school was always my priority. I got into modeling more during my senior year, so I signed with an agency.

What prompted you to start modeling?
Towards the end of my college career, everyone started to think of what they wanted to do, and I thought this could lead to other things – and help with my art. Now that I’ve graduated, I’ve been traveling ever since.

What’s your medium of choice?
Painting, mostly. But I like to draw and watercolor, too. I was painting women for a long time, usually fashion-based.

Right, the staples. When do you have the time to paint?
Well, I mostly do oils, so it’s kind of hard to do those because it’s a time commitment. Lately, I do mostly sketching and drawing as much as I can. I try to do smaller works that don’t take too much time.

Fair enough. Your booker told us you were the most booked male model from their board this past runway season. What was the craziest thing you saw backstage?
The Dior show was pretty crazy. The day before we had, like, a four-hour rehearsal, and the next day we had to be there five hours [before the show]. The Versace for H&M show was pretty crazy, too. Donatella with all her bodyguards, Prince with all his bodyguards, and Nicki Minaj. There were a lot of bodyguards. They were like, “Excuse me!” I was like, “I’m sorry, I’m getting in your way.”

You recently shot with Jack Pierson for AnOther Man magazine.
Yeah. He was actually a teacher of mine at NYU. My professor, Maureen Gallace, was friends with Jack so she got him to teach a class. He was amazing. And then I graduated and I heard I was going to maybe shoot with him.

Tell us about the shoot.
It was shot in his apartment in the West Village, which was pretty amazing. A crazy apartment with a Picasso sketch on the wall [Laughs]. It was good. We’d known each other, so it was much more comfortable. He’s quiet, but eccentric and really funny.

What was the last thing you read?
I just picked up The Rum Diary. I started reading it on the plane the other day. I fell asleep.

Do you watch what you eat?
Sometimes. I don’t really watch it that much. I think I’d like to watch it more than I do. I always order Thai. I eat a lot of sushi — Japanese is my favorite. That seems kind of okay to eat. It’s fish, it’s all protein. But I don’t really worry about it too much. I don’t drink soda anymore.

What about your fitness? Do you work out?
My gym actually just e-mailed me the other day saying I haven’t been there in a while. I should go soon. I try to go at least two times a week, if not more.

What’s something you dislike about yourself?
Sometimes, I’m too shy, but I try not to [be]. I’ve come out of my shell a lot.

What scares you?
I hate spiders. I have severe arachnophobia. Have you seen that movie?

No, I must have missed that one. If you could meet anyone dead or alive, who would you like to meet?
I’ve met a lot of people who I’ve wanted to meet. Mickey Rourke was the first celebrity I met in New York. It was pretty amazing.

What are some of the key differences between male and female modeling, from your perspective?
It’s much more serious for the girls, I think, because they make so much more money. And it actually can be a real life career for them. Whereas for male models, I think we look at it as a way to get into something else that we want to do. Also, I think we’re more friendly and carefree. We don’t really care what we eat, or what we’re seen wearing. It’s less serious, I think.  We can have more fun with it.

You’re about to be stranded on an island, and you can bring one person and one thing.
I would bring a TV, and someone who I would want to watch TV with.

So what are you watching on TV?
I like reality TV. I watch The Real Housewives, Keeping Up with the Kardashians, South Park, and Family Guy. Not too deep. And then Curb Your Enthusiasm is also my favorite.

Place you’d love to travel?
I’d really like to go to Asia because I’ve never been, like to Cambodia and Vietnam.

What is your idea of happiness?
Doing what I like, and enjoying who I’m with. I’m a very simple guy. 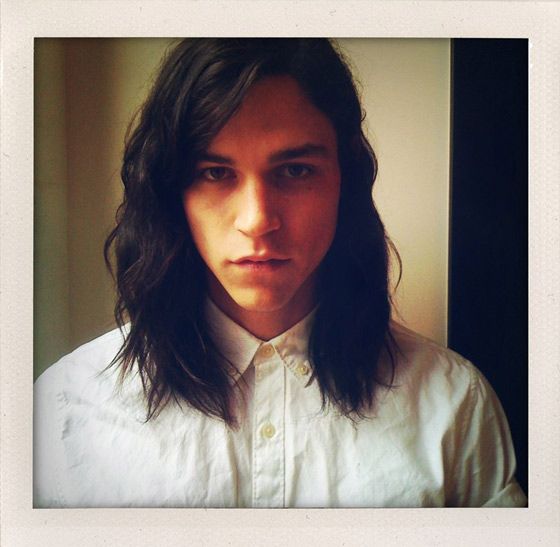 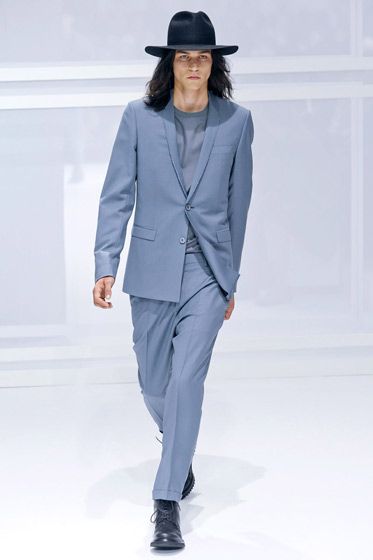 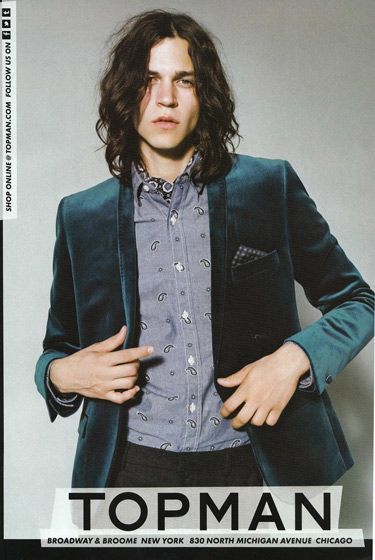 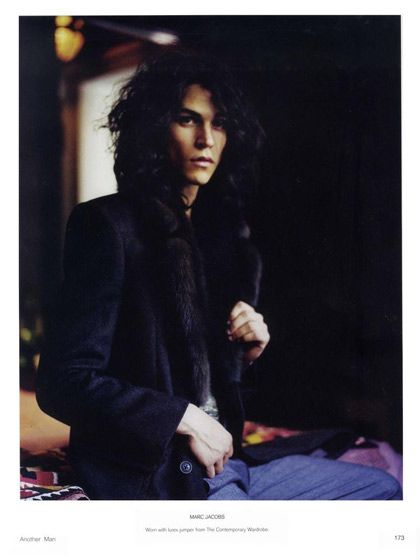 In the fall 2011 issue of AnOther Man magazine. Shot by Jack Pierson.

astrology 5 mins ago
Madame Clairevoyant: Horoscopes for the Week of December 5 A full moon in Gemini may run amok.
By Claire Comstock-Gay
sex diaries 8:00 p.m.
The Vermont Woman Who Blows Off Work for a Tinder Date This week’s sex diary.
society pages 2:01 p.m.
Chaos Reigned at Art Basel A surge of outsize egos descended on Miami in the name of art (?) last week.
By Marlowe Granados
gone sale-ing Dec. 2, 2022
10 Things You Don’t Have to Pay Full Price for This Weekend Deals from Neiman Marcus, Farfetch, Sephora and more.
art basel Dec. 2, 2022
Suchi Reddy Actually Likes Art Basel for the Art Her latest installation was inspired by the Miami clouds.
are u coming? Dec. 2, 2022
Art Basel Was Made for Madonna And I’m almost too hung-over to write this dispatch.
By Brock Colyar
5 questions with... Dec. 2, 2022
Meet the Black Woman Who Built a 15-Year-Old Fashion Business Sherri McMullen’s Oakland luxury store is one of a kind. Here’s how she did it.
art basel Dec. 2, 2022
Pharrell, Gigi Hadid, and More of the Bestest Party Pics This Week Celebrating with Fendi, Saint Laurent, and more.
uvalde Dec. 2, 2022
What We Know About the Police Response to the Uvalde Shooting A class-action lawsuit by survivors against law enforcement asks $27 billion for “indelible and forever-lasting trauma.”
celebrity couples Dec. 2, 2022
Finally, the Good Morning America Romance We Deserve Amy Robach and T.J. Holmes are now New York royalty.
friday sales Dec. 2, 2022
22 Things on Sale You’ll Actually Want to Buy: From Alex Mill to Star Wars And a flower-shaped cat fountain that Strategist readers love.
celebrity Dec. 2, 2022
Nia Long Is Not Happy With the Celtics In her first interview since the Ime Udoka scandal broke, the actress said she was disappointed with how the NBA team handled things.
always shopping Dec. 2, 2022
17 New Year’s Eve Outfits That Aren’t Sparkly Yes, it is possible to wear something other than sequins.
fashion Dec. 2, 2022
What to Know About the Balenciaga Ad Scandal The fashion house is under fire for two separate campaigns that consumers say promote child exploitation.
yikes Dec. 2, 2022
Rebel Wilson, We’re Confused Her new loungewear collection isn’t size-inclusive … at all.
are u coming? Dec. 2, 2022
At the Eagle With the Sniffies Zaddy One long night with the founder of the sluttiest gay cruising app.
By Brock Colyar
extremely online Dec. 2, 2022
I Can’t Shut Up About This Giant Teddy-Bear Man Meet “Loving Bear Puffy,” a stuffed toy the size and shape of a human man.
2022 fashion year in review Dec. 2, 2022
The Dad-ification of Fashion The “dad vibe” is all about comfort, function, and nonchalance, like an outfit you just threw on to run to Lowe’s.
always shopping Dec. 2, 2022
Yes, Socks Are a Great Gift You don’t have to worry about sizing and it can make or break an outfit.
5 questions with... Dec. 1, 2022
Ayesha Curry on Holiday Planning, Comfort Foods, and Her Healing Hut She’s teamed up with Bloomingdale’s to make the holidays easier.
More Stories