If you blinked, you might have missed newcomer Caitlin Lomax on the spring 2012 runways. After she walked Chanel’s fall 2011 couture show in Paris, the 20-year-old Australian booked a tight, exclusive lineup for spring 2012, modeling for Prada, Miu Miu, Loewe, and Louis Vuitton. Judging by that impeccable track record, two things are clear: Lomax has an in with stylist Katie Grand (who styles for the latter two shows) and casting director Russell Marsh (who until recently selected the faces for the former two shows). Most recently, the 5’10” model was styled by Katie Shillingford for the current issue of Dazed & Confused. We rang up Lomax as she was getting some R&R back home in Australia to chat about her secret beauty tips, what she doesn’t like about her job, and more.

Tell us a little about your childhood.
My childhood consisted of a lot of computer games, mostly The Sims. My parents thought I had a computer addiction. I was born in Townsville, but grew up in Bunbury, which is about two hours south of Perth. I floated between groups at school, but I used to spend a lot of time in the music room during lunch hour. I have a younger [18-year-old] sister Jordan, and my parents run the family business, a multimedia production company, back in Australia.

How did you get discovered?
My granny got me into modeling. At first, I didn’t want to do it, but then I figured it was a good excuse to see the world.

You walked in Chanel’s fall 2011 couture show. How was it working with Karl?
Well, being that it was my first international show, I definitely wasn’t expecting booking it at all. It was so amazing and Karl is actually really nice. Backstage was cool, even the toilets were in theme with the set!

Did you pick up any beauty tips while backstage?
Yes, anything extremely flammable will take out hair extension glue. Also, wash your makeup off every night.

Make any new model buddies from the spring 2012 season?
Yeah, Madison Leyes, she did the Prada and Miu Miu shows with me. One time, during a late night fitting, we were talking about why Canadians and Australians get along so well [Leyes is Canadian]. We were so over being tired that she pretended to be a moose and I pretended to play a didgeridoo, and we realized they sort of sound the same, hence why we got along so well.

Do you work hard to maintain your runway physique?
Actually, I don’t like exercising so I try to do things that don’t feel like I’m exercising like, walking instead of taking the train or roller-skating.

What about your diet?
I’m vegetarian so that helps a lot. My favorite meal is the smoothie I have for breakfast. I usually mix in a heap of spinach, bananas, and strawberries.

Let’s say you have the day off tomorrow, what would you do?
I’d probably sit in bed and watch movies all day; I haven’t done that in a while.

Reading anything good lately?
I just finished reading The Basketball Diaries. It was so intense, but I liked it because I could picture some of the places they were talk about now that I’ve been to New York.

Any models you look up to?
I always wanted to meet Raquel Zimmermann because she is my idol, and then I met her during Fashion Week.

What’s the most nerve-wracking thing about being a model?
You are always in the public eye and people are always watching. 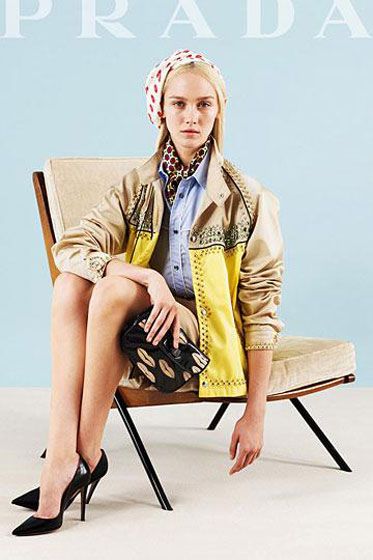 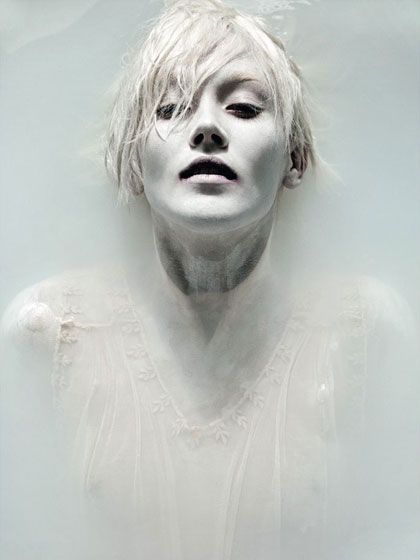 In the January 2012 issue of Dazed & Confused, photographed by Kacper Kasprzyk.

books 9:21 p.m.
A Tennessee School Board Just Voted to Ban Maus The school board cited nudity and inappropriate language in its decision.
makeup 7:00 p.m.
Glossier Announces ‘Difficult but Necessary’ Layoffs The company reportedly laid off one third of its corporate employees.
sundance 2022 5:32 p.m.
The Heartbreak of Leaving Behind a Best Friend Am I OK? is for our platonic long-distance loves.
celebrity couples 5:32 p.m.
Brenda Song and Macaulay Culkin Are Engaged Congrats to Hollywood’s most low-key couple.
power 4:45 p.m.
What to Know About Judge Ketanji Brown Jackson She reportedly ranks high on President Biden’s shortlist to replace Justice Stephen Breyer.
kimye 4:24 p.m.
Why Are We Suddenly Talking About Ray J’s Laptop? Kim Kardashian has denied Ye’s suggestion that there was a second sex tape.
power 3:22 p.m.
What We Know About the Death of Lauren Smith-Fields The family of a 23-year-old Black woman plans to sue the city of Bridgeport for failing to properly investigate her death.
and just like that 2:47 p.m.
The Triumphant Rise of … Charlotte? If And Just Like That … succeeds at nothing else, it makes good use of the franchise’s most underestimated character.
sober questioning 12:00 p.m.
Ask Ana Marie Cox (Almost) Every Question You’ve Ever Had About Sobriety The Cut’s new biweekly column is talking drinking, not drinking, and everything in between.
no please 11:30 a.m.
I Refuse to Know Any More About This Monkey The celebs are trying to make me care about their latest NFT trend. I won’t let them.
spider-couple 9:45 a.m.
A Brief History of Zendaya and Tom Holland Flirting Publicly They’ve reached the “walking with coffee mugs” stage.
hmm 9:39 a.m.
Marc Jacobs Shoppers Scored Free Bags. So They Thought. A website glitch made bags 100 percent off.
now smell this 8:00 a.m.
Thierry Mugler Changed the Perfume World Forever With his perfume Angel.
By Kathleen Hou
power Yesterday at 4:44 p.m.
The Lives They Want You to Forget Anti-choice activists try to erase the patients who need — and benefit from — abortions.
anti-vaxx Yesterday at 2:26 p.m.
Cheryl Hines Condemns Husband RFK Jr.’s Comments About the Holocaust Robert F. Kennedy Jr. brought up Anne Frank during a recent anti-vaxx rally.
couture fashion week Yesterday at 2:18 p.m.
At Couture, Embracing Hard Chic What Daniel Roseberry’s Schiaparelli collection, Maria Grazia Chiuri’s Dior, and Virginie Viard’s Chanel had in common was precision.
By Cathy Horyn
racism Yesterday at 1:41 p.m.
Bravo Fires Jennie Nguyen from The Real Housewives of Salt Lake City “We recognize we failed to take appropriate action once her offensive social media posts were brought to our attention.”
recap Yesterday at 12:29 p.m.
A Bachelor Villain and Her Garlic-Butter Shrimp Shanae takes food fights to the next level.
celebrity Yesterday at 12:07 p.m.
Pop Quiz: Do You Know Who This Man Is? Wheel of Fortune host Pat Sajak recently confessed that he had no idea.
ask a boss Yesterday at 12:00 p.m.
‘I Hate My New Job. Can I Quit Yet?’ Before you make any moves, have a straightforward conversation with your boss.
More Stories