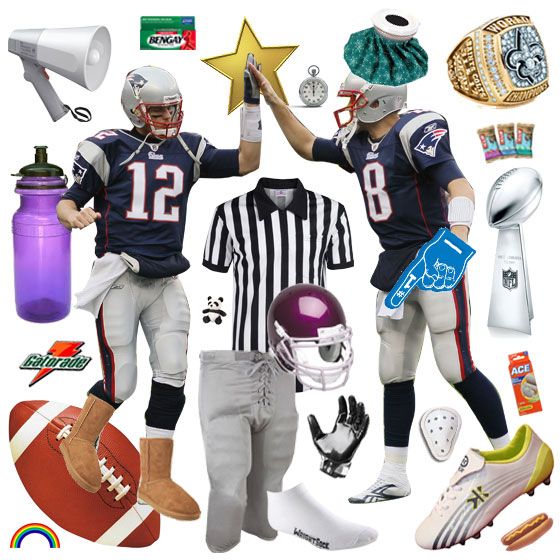 Last week Polyvore secured $14 million in funding, bringing its total venture capital to $22.4 million. The site claims 13 million unique users a month, or about double the audience it had two years ago. It’s an impressive number for what, at its heart, is a big network of people who love to make collages.

Of Polyvore’s 3.3 million registered users, just 27 percent are men. (They must make their collages, which Polyvore calls “sets,” with women’s clothing; though Polyvore plans to make men’s clothes available for set-making eventually, executives don’t know when yet.) If the site’s success illustrates anything beyond what Facebook and Twitter have already proved about our love of online networking and self-promotion, it’s that we also love to collage, and that women especially love to collage.

But at its heart, the appeal of Polyvore is not time-wasting, or bulking up a portfolio for art school (yes, people really use sets — collages of fashion items, photographs, and sometimes text — for that). It’s about competition. The true genius of the site is the ability to like sets and follow users. “When you express yourself, you do it for an audience,” Polyvore CTO Pasha Sadri tells me. “You care about how many people are going to read your article, for example.” (He’s right — I do.) The more “likes” and followers your sets accrue, the more the world appreciates your skills at collaging. Polyvore isn’t just about playing with the high fashion clothes one normally couldn’t afford, it’s about showing that, given the opportunity, you can do it better than everyone else. It’s not all that different from that other obsessive league of online hobbyist competitors: fantasy football players. Like a fantasy-football team, a collage is only as good as the sum of its parts. The better users are at assembling winning combinations of fashion items and imagery, the more “likes” their sets will accrue from the Polyvore community, and the more contests they will win. Prizes range from the monetizable to the simple ego-boost of winning.

In fantasy football, fans can show off their sports knowledge by picking their own teams of favorite players, changing lineups every week, and making trades. And since gambling is frequently involved, fans not only get to show their friends how good they are at pretend-managing a team, they also get to win money.  Similarly, Polyvore is making gradual steps toward monetization by running an increasing number of contests that reward users for making the best sets across a range of themes — everything from shopping sprees to trips to Fashion Week. Of course, lots of women play fantasy football and do it well, but many others don’t, because they don’t care about sports. (I agree with Janice Min that following celebrities and what they wear is no less inane than following teams and athletes that have no effect on our lives.) Women who prefer to obsess over shoes and the celebrities who wear them can get the same addictive, master-of-the-universe thrill with Polyvore. It’s just that instead of trying to combine their favorite athletes in the most winning way, they’re using shoes, clothes, bags, and celebrity photos.

Before Polyvore, we collaged, and we collaged online, but we lacked a way to measure who the fiercest, most talented Internet collager was. Some of today’s most popular female fashion bloggers have been posting collages to their blogs for years. Susie Lau of Style Bubble occasionally presents images of fashion collections expertly in a collages format, like her recent post on the spring 2011 Proenza Schouler runway collection, and another of designer Tsumori Chisato’s runway work. (Lau’s own accessories shoots even look like collages.)  Tavi Gevinson also routinely makes collages as art for her blog posts, like her recent interview with Elle Fanning. The New Yorker profile of her even detailed how she keeps scraps of things around for when the urge to collage strikes — the floor of her room is “covered with fabric, Pez dispensers, and old issues of Spin — raw material for making things,” while Tavi keeps on hand a “plastic drawer filled with clippings from fashion magazines.” Plenty of other cool collage artists, like Susan Rivas — a personal favorite who is trying to get the word “collagistration” to take off —  are also out there, collaging away in relative obscurity. But without going to the trouble of comparing their traffic numbers, we wouldn’t know whose collages are “winning.”

Now that Polyvore has so smartly turned collaging into a competitive Internet sport, the future for collagers seems limitless. When Polyvore executives say they want to be thought of as “a media company, like Conde Nast,” what they mean is that they want to create a collage community powerful enough to equal editors at the top women’s magazines. “We definitely aspire to that level that publications like Vogue set in terms of quality and influence,” Sadri says. “We aspire to find the next generation of Anna Wintours,” CEO Jess Lee echoes. Anna Wintour is like fashion’s Tom Coughlin (Giants coach) or Bill Belichick (Patriots — no we won’t pick between the two!). It’s just that instead of the world’s best tackling, football-throwing men, she gets to play with — or coach — the world’s best clothes, celebrities, and mansions, and put them all together in the fashion bible known as Vogue. And really, what chick who enjoys clothes doesn’t fantasize about doing just that?

astrology Yesterday at 8:30 p.m.
Madame Clairevoyant: Horoscopes for the Week of May 16 It’s Gemini season, but don’t let that scare you. Give the twins a chance.
By Claire Comstock-Gay
sex diaries Yesterday at 8:00 p.m.
The Woman Wondering If She’s Bisexual Enough to Come Out This week’s sex diary.
culture May 13, 2022
At the New Museum, Faith Ringgold and Women in the Workforce Rebecca Traister, Kimberly Drew, Paola Ramos, and Isolde Brielmaier kicked off a new speaker series from the Cut and the New Museum.

fashion May 13, 2022
Grimes DJs the Apocalypse at Louis Vuitton A billowing metallic dress with a high neckline was a natural starting point for the silhouettes that followed: boxy, oversize, and sculptural.
always shopping May 13, 2022
18 Weekender Bags That Aren’t Ugly From a luxury leather carryall to the Amazon find that costs less than $30.
the glow up May 13, 2022
This Week in Beauty News From new launches and Bratz wigs to major sales.
parties! May 13, 2022
The Bestest Party Looks of the Week  Bury me in Dove Cameron’s Saint Sintra skirt.
fashion friend May 13, 2022
Hey Fashion Friend: I Want to Go to the Beach, But I Don’t Want to Get a Wax Swimwear solutions to help you avoid grooming this summer.
big vegetable May 13, 2022
Does Kendall Jenner Know How to Cut a Cucumber? If this clip from The Kardashians is any indication … no.
extremely online May 13, 2022
It’s ‘Hot-Girl Walk’ Season TikTok’s least intimidating workout obsession isn’t really about working out at all.
5 questions with... May 13, 2022
Tierra Whack Hates Mushrooms (Not the Drug Type) The rapper is embarking on a new journey designing jewelry.
power May 13, 2022
Everything to Know About the WNBA Star in Russian Custody Russian authorities have extended Brittney Griner’s pretrial detention by another month.
abortion May 13, 2022
Why Were There Fetuses in Her Refrigerator? How a radical abortion opponent ended up dumpster-diving for remains.
By Sofia Resnick
seeing someone May 13, 2022
‘Why Isn’t Anyone Sliding Into My DMs?!’ This isn’t about you ‘not being hot’ on Instagram.
By Randa Sakallah
celebrity May 12, 2022
Chrishell Stause Is Having a Ball Coming Out on Social Media G Flip’s new music video “Get Me Outta Here” has arrived.
celebrity May 12, 2022
Kourtney, There’s People That Are Dying She cried “hysterically” after breaking her $1 million engagement ring. Hmmm, why does that sound familiar?
life after roe May 12, 2022
It’s Too Late to Be ‘Civil’ About Abortion Rights Democrats scolding people for protesting ignore just how much is at stake.
power May 12, 2022
Adora Perez Is Free Prosecutors dropped the charges against a woman sent to prison for her stillbirth. Advocates hope her case will be the last in California.
self May 12, 2022
This Underwear Is FDA-Cleared for Oral Sex Lorals are only the second product that has been authorized for protection against STIs during oral sex.
power May 12, 2022
Which Women Do We Choose to Believe? Amber Heard claims an extremely famous man abused her for years. Why do so many people hate her for it?
More Stories