Yesterday’s catwalks included some exciting new and rising faces. After her opening slot at Alexander Wang, New York Models’ Nadja Bender opened for Rodarte’s fall show, while Katlin Aas (who’s been having a comeback in recent seasons) closed. At Narciso Rodriguez, casting director Jennifer Starr selected Lanvin’s current face, Othilia Simon, to open, and last season’s Calvin Klein-exclusive Ros Georgiou to close. Yet the presence of Kati Nescher was, once again, overwhelming. For the first time in this blog’s “Top Model” history, we’re awarding Nescher a second consecutive win! (*Golf clap.*) The model (who also has a two-year-old son, Theo) opened and closed for Vera Wang, and later opened for Oscar de la Renta. When we caught up with Nescher at Michael Kors this morning, she said she will in fact be going to London, but only after “going back to Germany to see my son for a few days first.” Prepare yourself to see Nescher on all the right runways this season. See all these looks, and more, in the slideshow ahead. 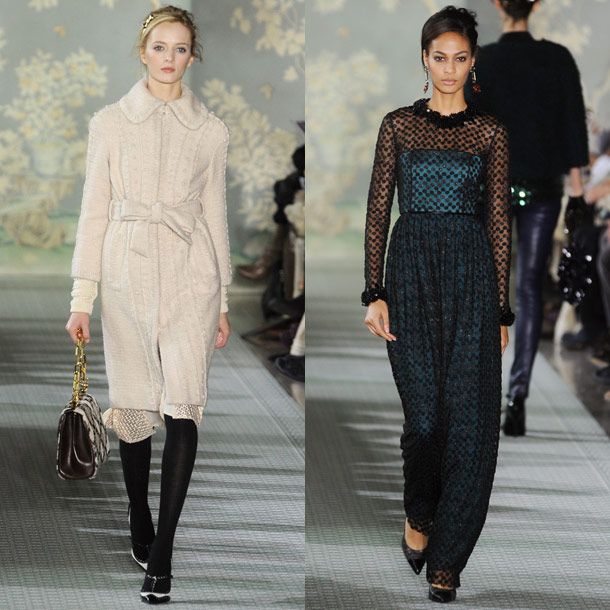 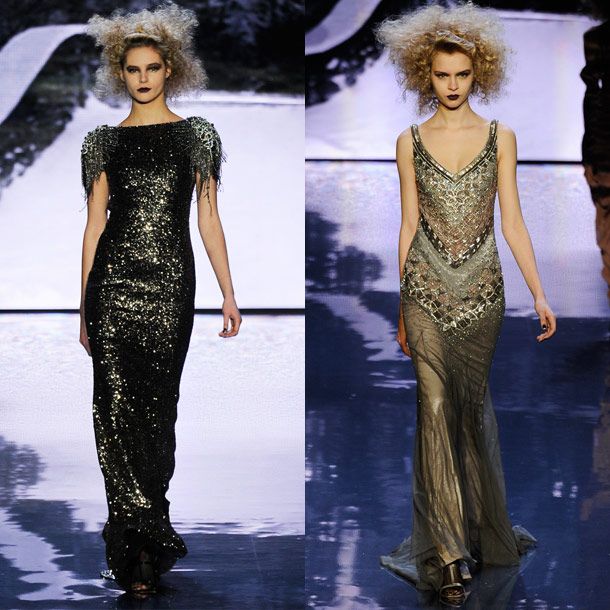 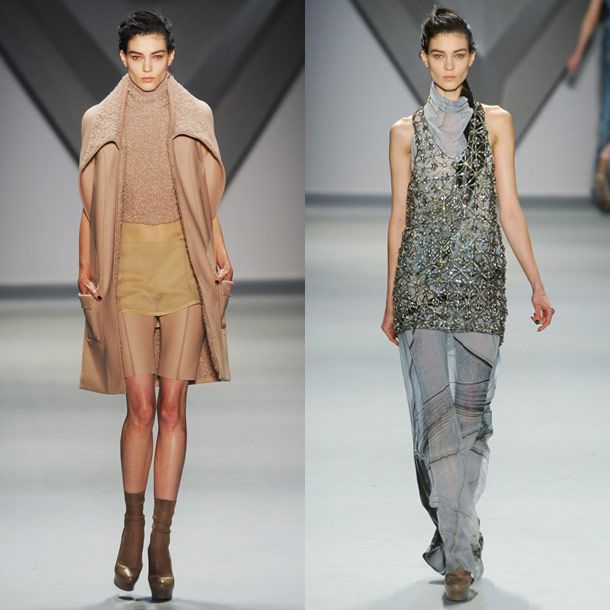 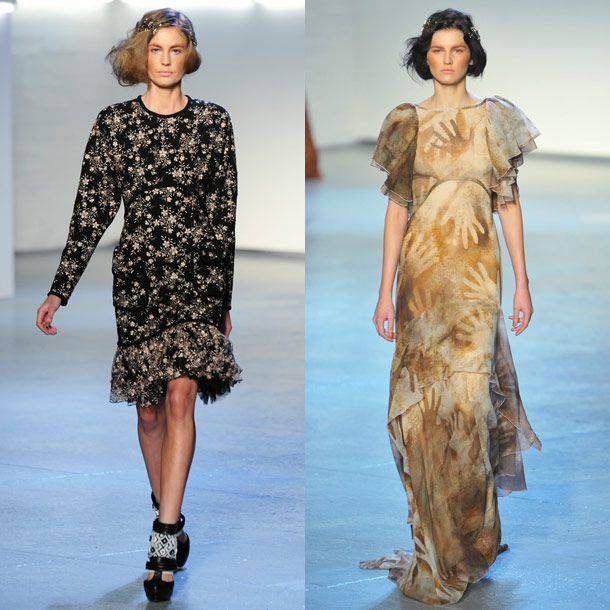 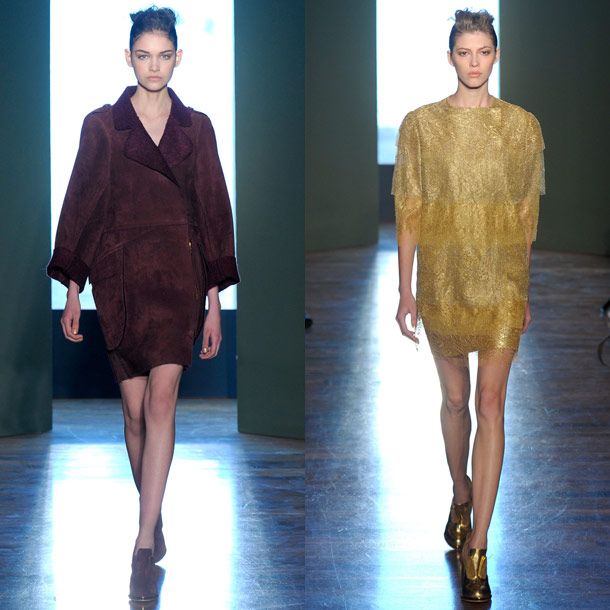 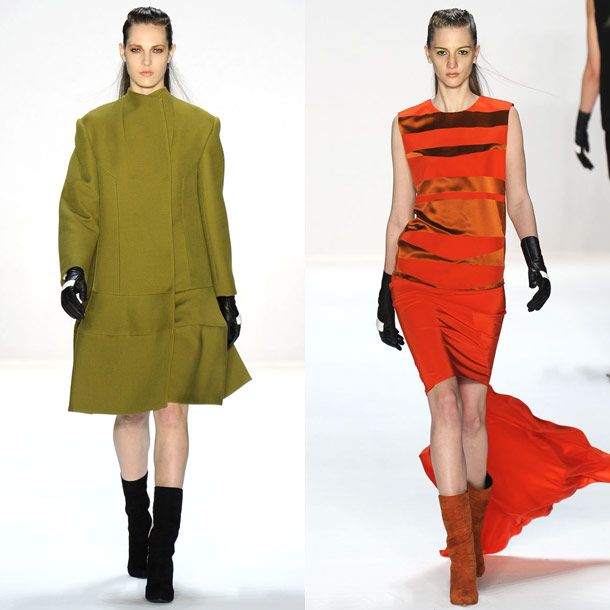 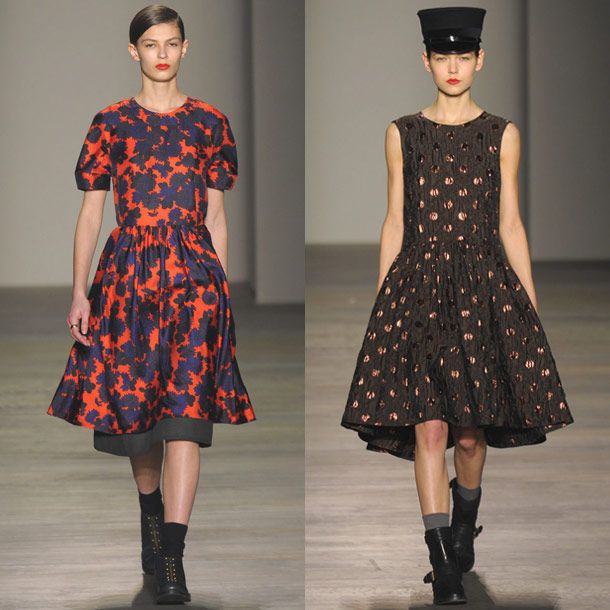 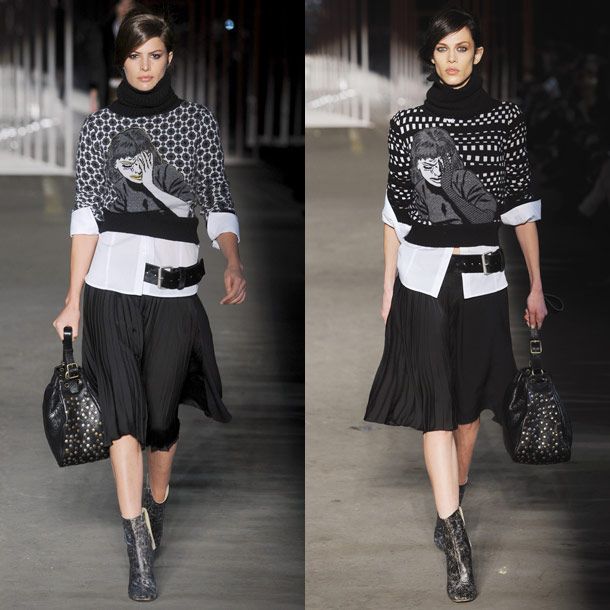 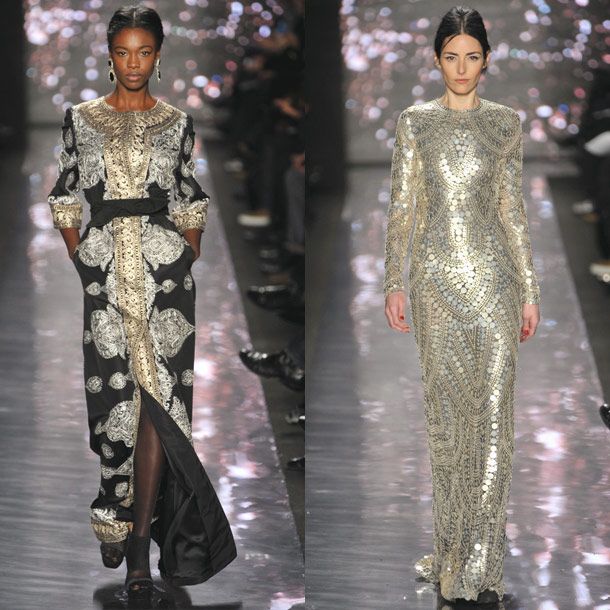 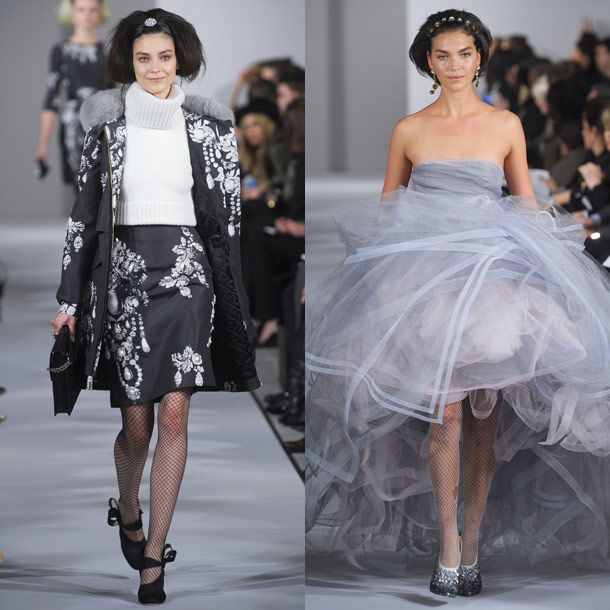 celebrity friendships 8:44 p.m.
Oh, To Be Invited To Jennifer Aniston’s ‘Babe Cave’ Her “Sunday Funday” dinner parties sound legendary.
By Olivia Truffaut-Wong
so close 6:46 p.m.
Well, Now We Know What Hillary’s Acceptance Speech Would Have Been And, yes, it’s depressing.
beauty standards 6:38 p.m.
Even Camels Have Instagram Face Now And 40 of them were disqualified from a beauty pageant because of it.
obsessive tester 6:28 p.m.
The Best Cleansers for Every Type of Skin How to clean your face without drying it out.
tastemakers 4:52 p.m.
The ‘Art Merchant’ Auctioning Multimillion-Dollar Works Sarah Friedlander’s gig at Christie’s is an art lover’s dream.
fight for your right (to party) 4:05 p.m.
At Least Someone Has Work-Life Balance The prime minister of Finland missed a text telling her to quarantine because she was out clubbing.
crime 4:01 p.m.
Everything to Know About Jussie Smollett’s Trial The actor was accused of staging his own hate-crime attack in 2019. Things only got more complicated from there.
skin deep 3:35 p.m.
Is Body Acne Really So Different Than What’s on Your Face? Four experts explain.
By Ella Cerón and Chinea Rodriguez
nyfw fall 2020 2:53 p.m.
Balenciaga Steps Back in Time Demna imagines the fall 1997 collection that never was.
By Cathy Horyn
the cut podcast 2:45 p.m.
How Do I Deal With My Rich Friends?  From income-tracking spreadsheets to uncomfortable conversations, on this week’s episode, we learn how people navigate money and friendship.
By the Cut
power 1:45 p.m.
Don’t Blame Alice Sebold It’s our carceral system that sent an innocent man to prison.
By Camonghne Felix
maxwell trial 1:36 p.m.
Witness Says She Felt Too Old for Epstein at Age 18 And more key testimony from the trial of Jeffrey Epstein’s alleged partner in sex crimes.
so this is christmas 1:30 p.m.
Oh, Look, My Holiday Plans A man set fire to the Fox News Christmas tree.
explainer 1:15 p.m.
What We Know About COVID-19 Booster Shots The FDA is now recommending all adults over 18 get a booster shot.
sex and the city 12:42 p.m.
Why Isn’t Samantha in And Just Like That …? All the reasons Kim Cattrall did not want to be in the Sex and the City reboot.
astroworld 12:15 p.m.
Travis Scott Denies Responsibility for Astroworld Tragedy In court documents replying to the many lawsuits against him.
fashion 12:11 p.m.
Balenciaga’s Designer Just Pulled a Kanye From now on, call him only by his first name, Demna.
art basel 2021 11:20 a.m.
The Prettiest, Least Functional Fashion Chairs From Art Basel This year’s big art and design event saw luxury fashion houses eager to show off their … stools?
huh! 11:03 a.m.
The Rock and Jeff Bezos Are Friends? And they drink tequila together?
the group portrait 8:00 a.m.
A Secretish Society of Rick Owens Obsessives Members of Rick Owens Discord, or ROD, convene to discuss new collections and share eBay links.
More Stories