Photographer Roxanne Lowit is legendary for her pictures of beautiful people misbehaving. In celebration of her birthday, private club Parlor New York hosts an installation of her work, which spans three decades. The display includes naughty party photos of Iman, Amanda Lepore, Kate Moss, Pamela Anderson, and David LaChapelle, as well as images from Lowit’s book, “Backstage Dior,” which chronicles behind-the-scenes moments at the fashion house. You can preview the installation in our slideshow. 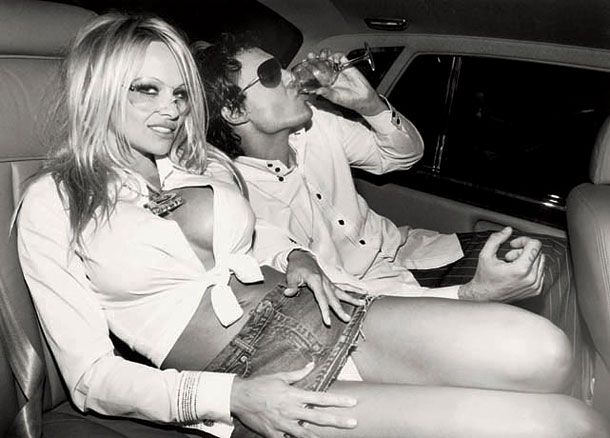 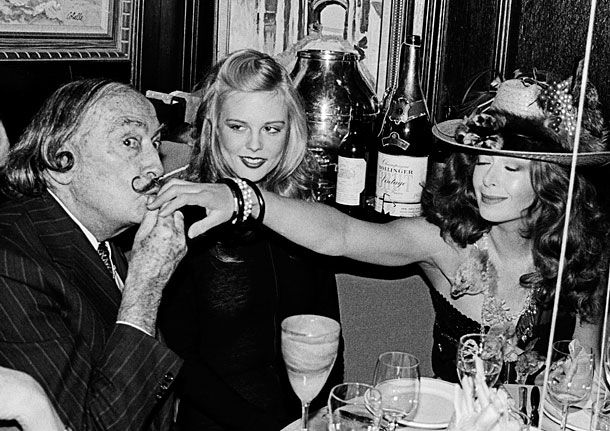 “Salvador Dali, Janet Daly and the Recipient of a Kiss,” 1979, Roxanne Lowit. 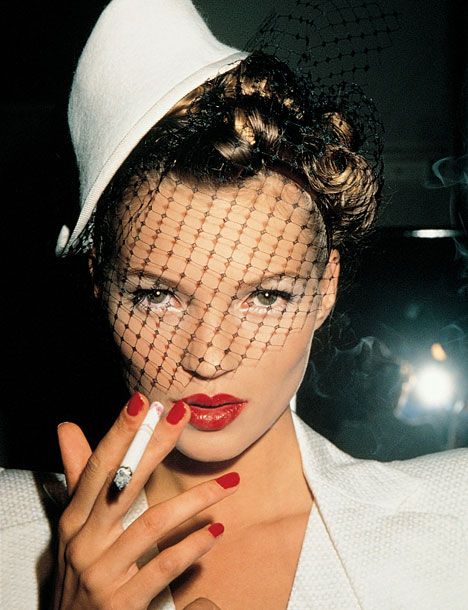 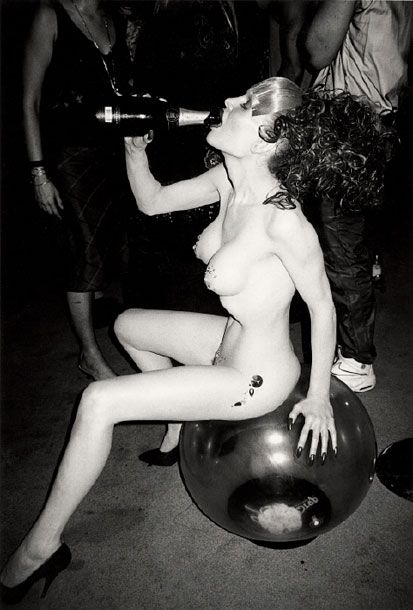 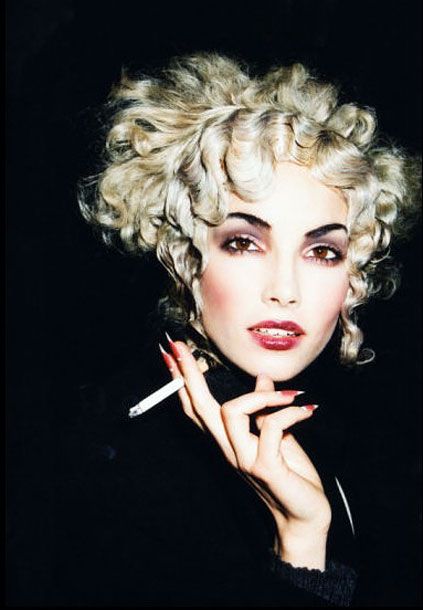 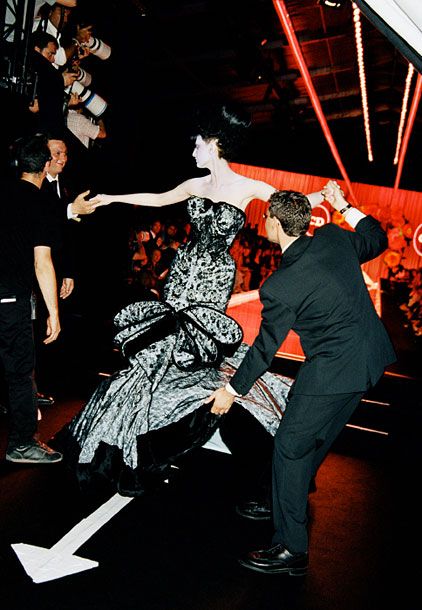 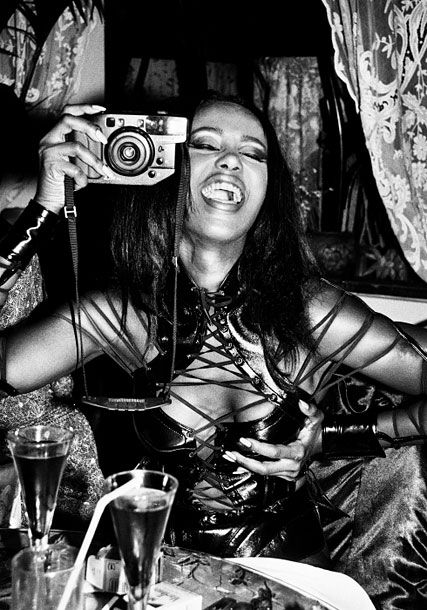 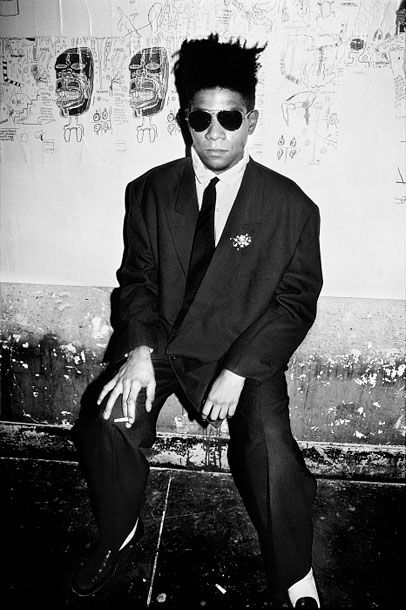 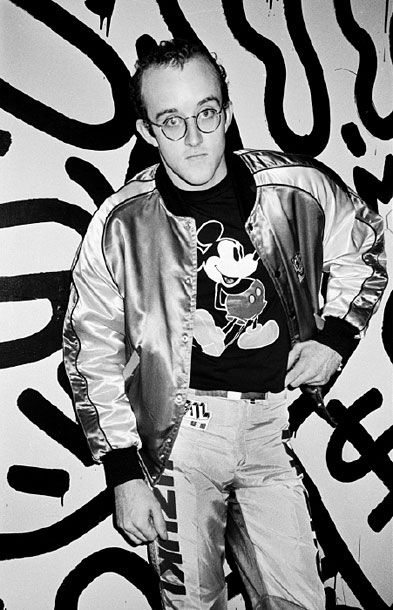 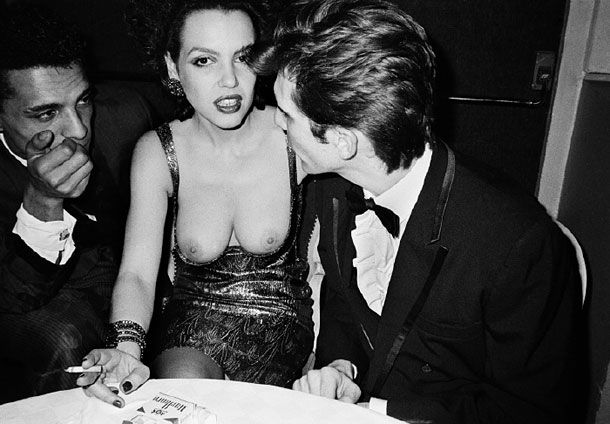 “Martine Boutron flanked by her husband and friend,” 1982, Roxanne Lowit.

See All
bachelor nation Yesterday at 11:21 p.m.
Katie Thurston’s Bachelorette Contestants Unionized to Send This Schmuck Home And, my god, it worked.
always shopping Yesterday at 6:02 p.m.
All the Best Fashion Deals on Amazon Prime Day 2021 We found markdowns on jeans, leggings, and a really cute slip dress.
always shopping Yesterday at 5:55 p.m.
The Best Prime Day Deals for Your Home From knife sets to surprisingly chic coffee tables.
scent memories Yesterday at 5:30 p.m.
For This Candle Creative, Love Smells Like a Handheld Bouquet Homesick’s Jasmine Garcia on creating candles that smell like cities, celebrations, and, now, weddings.
By Erica Smith
always shopping Yesterday at 4:14 p.m.
The Best Beauty Deals for Amazon Prime Day The best savings on devices, dry shampoo, skin care, and more.
By the Cut
finer things Yesterday at 2:20 p.m.
A Necklace That Will Never Lose Its Charm Unlike some relationships.
By Emilia Petrarca
haha what?? Yesterday at 1:51 p.m.
So Now A-Rod Is Hanging Out With Ben Affleck’s Ex? Rodriguez was spotted with Lindsay Shookus, and I am going to lose my mind.
going sale-ing Yesterday at 1:25 p.m.
All the Best Amazon Prime Day Deals in One Place Including a cute pair of $40 sneakers.
By Asia Milia Ware
vulture sports Yesterday at 1:22 p.m.
Sha’Carri Richardson Gave Us Our First Big Olympic Moment, First Sob of the Day Sha’Carri is carrying Team USA, and she’s carrying them fast.
swellness Yesterday at 1:22 p.m.
How Much Exfoliating Is Too Much? Finding the line between dewy skin and scrubbing your face off.
the cut podcast Yesterday at 1:18 p.m.
In Her Shoes: Katey Sagal On this episode, the beloved actress talks sexism and ageism in the entertainment industry.
By the Cut
ugh Yesterday at 12:56 p.m.
Guess Who Still Isn’t Sorry for Waving Guns at Protesters? Days after they were made to surrender the guns they pointed at Black Lives Matter protesters last year, the McCloskeys bought yet another gun.
women in sports Yesterday at 12:00 p.m.
Strength, Fragility, and Beauty in the WNBA A new photo project from Nike’s Jordan Brand captures what makes the players special.
By Devine Blacksher
culture Yesterday at 10:59 a.m.
Mapping the Michael Costello Controversy The designer called out Chrissy Teigen for “traumatizing” him, only to have a number of bullying and harassment allegations surface against him.
portfolio Yesterday at 10:45 a.m.
Drag Is Back, Baby! And with it, a kaleidoscope of feelings about what comes next.
By Andrew Nguyen
how i get it done Yesterday at 9:25 a.m.
How This Green New Deal Architect Gets It Done Rhiana Gunn-Wright on choosing to have children during a climate crisis, being a Black Rhodes scholar at Oxford, and more.
By Bridget Read
bullying Yesterday at 8:46 a.m.
What Exactly Happened With Courtney Stodden and Chrissy Teigen? Teigen has posted a lengthy apology, one month after old tweets resurfaced in which she encouraged Stodden to kill themself.
introductions Yesterday at 8:00 a.m.
Nikesh Patel Would Maybe Date You The Starstruck actor on his role in an unromanticized rom-com.
oh baby Yesterday at 7:47 a.m.
How Is This Man So Fertile? After welcoming new baby twins last week, it appears Nick Cannon’s seventh child is on the way.
astrology June 20, 2021
Madame Clairevoyant: Horoscopes for the Week of June 21 It’s a busy astrological week: Mercury retrograde ends, Cancer season begins.
By Claire Comstock-Gay
More Stories