“I wear these jeans because they have a great butt on them, see?” said a male stripper, who identified himself as “D,” jumping to his feet and turning around. His butt looked very nice indeed. I noted that he was wearing Hudsons, and he leaped at the comment. “How did you know that?” he asked, looking impressed. “Do you wear Hudsons?” And so it began. Every answer to my questions would end with him asking a question about me. “What about you?” he’d ask, looking sincerely into my eyes. “What do you think?”

I was backstage at Manhattan Men, the midtown location of male stripper franchise Hunk-A-Mania, to interview the employees about what they wear during the show (special underwear, particular jeans?), but it very quickly became clear that no one really gives a shit about the sartorial logistics of the job, least of all the men themselves. They’re far more focused on making their female customers happy, which involves lavishing them with attention, affirmation, and smooth, fragrant abs — not impressing them with good taste in denim. Still, they answered my questions good-naturedly. On several occasions, when I asked about their preference in underwear, they unbuttoned their pants to check the brand. “Let’s see,” they’d say earnestly, slipping their thumbs beneath their waistbands and proffering their chiseled groins.

The strippers at Hunk-A-Mania dress for two different aspects of their work. Throughout the night, they cycle through various acts onstage (sexy policeman, sexy Wall Street guy, and weirdly, even a sexy mime, all of whom disrobe with remarkable deftness), calling individual bachelorettes and birthday girls to come up and “participate” – i.e., get humped in front of the audience. Meanwhile, shirtless staffers circulate around the floor, offering lap dances and showering benevolence upon anyone with a vagina. The lap dancers all wore jeans and black shoes (usually work boots), per the Hunk-A-Mania dress code, and occasionally pulled their pants down around their ankles at a lady’s behest.

When it came to underwear — which I got to see a lot of — there was a collective understanding that briefs are the way to go. D explained matter-of-factly that it’s just the most flattering cut: “We all wear trunks that are contoured and fitted,” he said. Why no thongs? “I don’t know if a woman likes looking at a guy’s ass flopping out,” he said. “As general aesthetics go, I think a brief looks better.” This made sense until the show began and we wound up seeing a lot of man-asses, thanks to a generous amount of waistband-tugging and bottom-waggling (the asses definitely were not floppy, in other news).

Almost all of the stage performances involved tear-away pants, which, to my disappointment, are not procured at some special stripper supply store crawling with barrel-chested men; instead, they’re just normal pants (or in some cases, Halloween costumes) with Velcro panels added in. “You can do tear-away anything,” said D. “You just buy the pants a few sizes too big — the general rule is three or four sizes up from your normal size — and then take them to a tailor and have them re-do the side seams with Velcro.” Why four sizes? “It’s just the optimal size differential so that everything fits back to normal when the Velcro’s put in.” (And yes, he really did say “optimal size differential.”) Is there a particular tailor who specializes in this fine art? D shrugged: “Not that I know of. I’m sure some are better than others.”

Most of the performers seemed to make their sartorial decisions based on customer feedback. One of the guys said he’s worn the same pair of Levi’s for over four years. “All the girls gave me compliments on them, so I kept wearing them,” he explained. He wears Armani or Diesel underwear for the same reason. “Girls tell me they fit my ass well.”

Another guy explained (unnecessarily, given his musculature) that he does bodybuilding in addition to studying biology at Hunter College. (“I’m really interested in how cells function.”) When I asked him what kind of jeans he prefers, he shrugged: “Blue ones? They’re my dad’s.” He isn’t consistent with his clothes, he said, because his size fluctuates with his weightlifting regimen. “At the end of the day, the women don’t really look at the pants,” he grinned bashfully. “They care about the abs, the pecs, the arms, you know?”

Really, the women look more at each other than anything else. They’re far more interested in snapping photos of themselves — sometimes with the strippers but more often just on their own — and their friends. The men understand this completely. “When a man goes to a female strip club, a lot of times he just wants the proximity to an attractive woman, and it’s a sexual thing,” said D. “But a lot of women who come here aren’t in a sexual mood. They’re in a silly mood and they want to share something that’s novel with their friends.” Ironically, the experience winds up being much more about female friendship than it is about sex.

Such a concentration of sweet, comforting men whose sole purpose is to make women feel fabulous (and who are also jacked and impeccably waxed) brings up the inevitable gay question. “So many women ask that,” said one of the managers. “You look around and think, ‘These guys are so comfortable being almost naked around women. Are they gay?’” He confirmed that everyone working that night was straight. “We do employ some gay guys, but none of them happen to be here right now. We’re open to anyone as long as they carry themselves well and look great and are charismatic and positive and make the customers happy. We’re totally accepting of anybody who’s gay.”

And at the end of the night, it wouldn’t matter anyway. The women were so wrapped up in their girliness, bobbing around in their penis headbands and slurping their cosmopolitans, that the strippers’ sexuality seemed beside the point. I watched one woman clamber over a chair in her Kardashianesque heels, revealing her Spanx underneath her short skirt, to pose for a group shot with her friends, a shirtless stripper standing in their midst like a prop. Afterward, they all passed around the camera to make sure they looked good while the guys stood by smiling, making sure everyone enjoyed themselves. 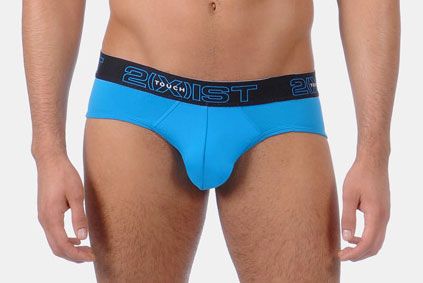 “2(x)ist and C-IN2 make really nice, thick underwear with a contoured pouch. The proverbial male underwear is flat-front, which isn’t very flattering, but these look much nicer. We also stay away from underwear that’s really off-the-wall. Like, if somebody came in here wearing an S&M thing, we’d be like, ‘That’s not what we’re about.’” 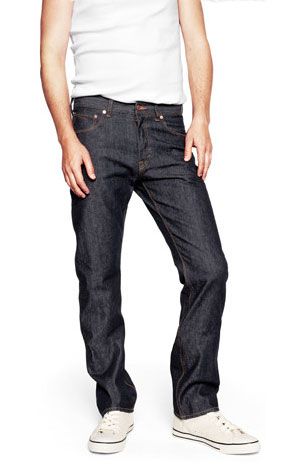 “I’ve had these H&M jeans for so long, I’m not ever sure when I bought them. They’re button-fly, but I don’t bother doing all the buttons. I’m one of the only guys who takes my pants all the way off when I give lap dances. I just kick off my shoes, strip ‘em off, and get comfortable. Once you’ve done it enough times, it’s an art. In fact, when I first came here, the guys had mad jokes about how fast I could do it.” 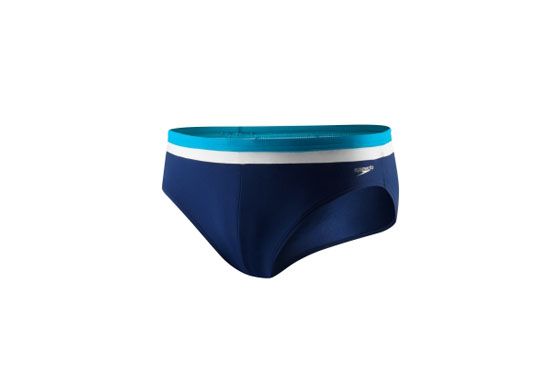 “Sometimes I just wear a bathing suit instead of briefs. It fits well, and I’m a swimmer, so it’s comfortable and economical.” 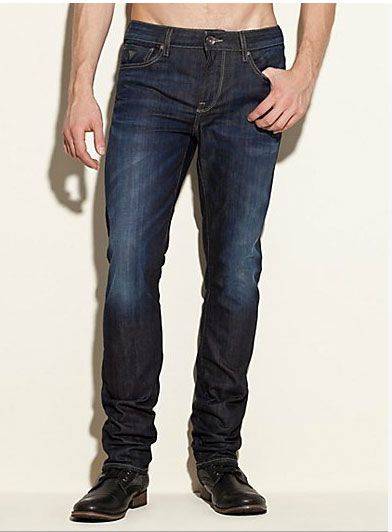 “I’m wearing Guess jeans. They’re slim fit, and have some stretch in them, which is good because we bend and move a lot. These have a zipper, but you have to be careful — I’ve heard stories of guys ripping their underwear by undoing their fly too quickly.” 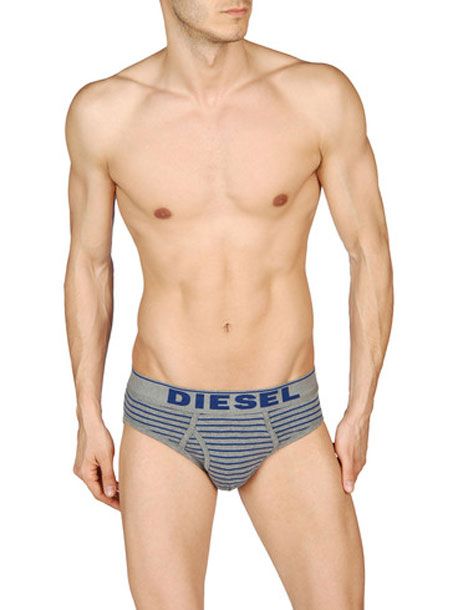 “I wear Diesel underwear because girls tell me it fits my ass well.” 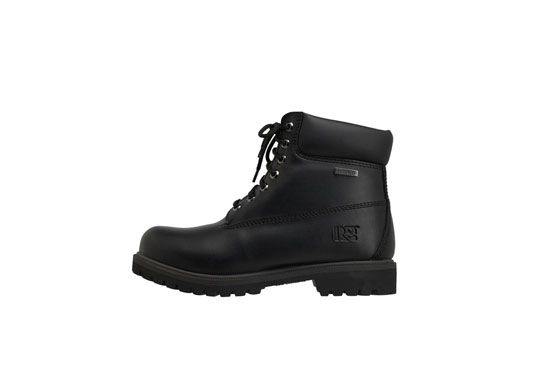 “We have to wear black boots for work, and I’ve tried all kinds – expensive ones, like the ones cops wear, and cheap ones, too. I got the ones I’m wearing now for less than $40 at Payless. They last about a year and then I have to replace them, but they’re really comfortable.” 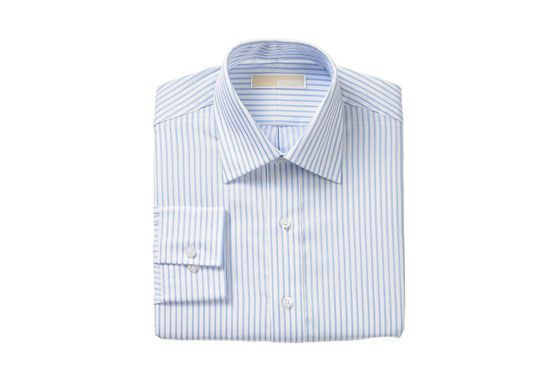 “When I do the salesman routine, I wear this striped Michael Kors shirt. I got the blue pinstripes because they go with my eyes, and everybody likes Michael Kors, obviously.” 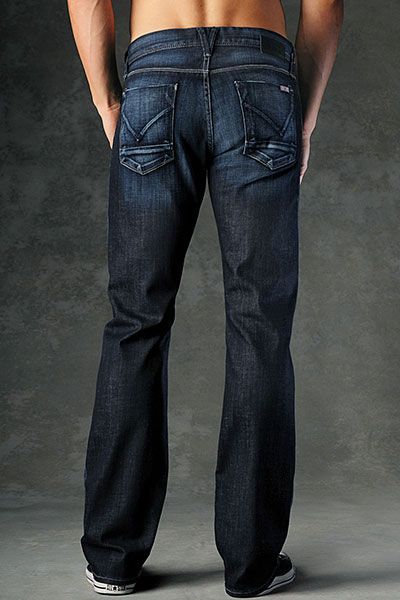 “I’m not a big brand person, but the butt on these is great. I haven’t had them for that long. They hold up well, but I had to patch them this week. [Shows a small hole at the bottom of the front pocket.] I don’t want them to tear up, and you know, once you get one little hole it spirals. Especially here, because you’re bending and moving so much. We all wear different stuff. I like Hudsons, and I think Joe’s are really good too.” 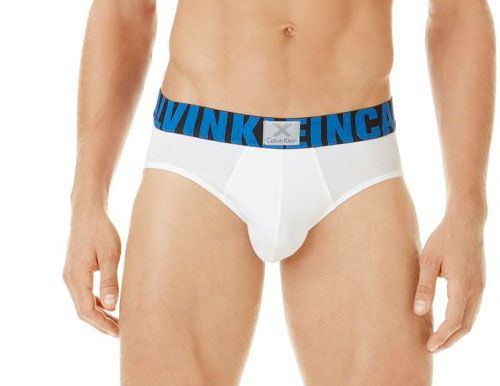 “I wear expensive underwear at work – usually Calvins or Armani. They fit me well, and I like that they’re simple. I used to be more showy, but now I am just trying to keep things more sleek.” 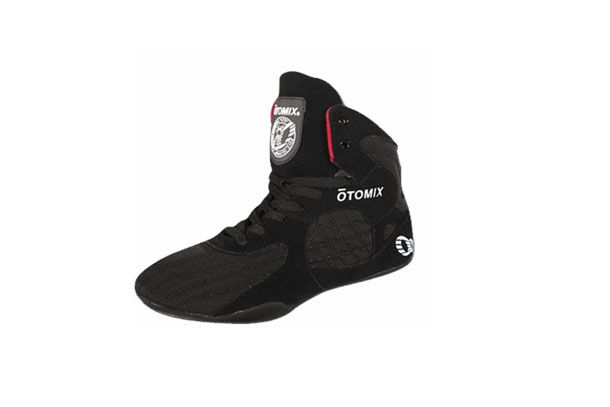 “I wear these for bodybuilding, but also for work because they’re so comfortable. They’re also good for when I need to lift girls.”

friday sales 3:01 p.m.
19 Things on Sale You’ll Actually Want to Buy: From Lunya to Areaware Including fuzzy Birkenstock clogs, a teensy Cricut heat press, and our favorite weekender bag from Patagonia.
recommendations 3:00 p.m.
20 Best Butt Plugs You Can Buy Online According to experts.
what we know 1:57 p.m.
Memphis Police Set to Release Tyre Nichols Footage: Updates The video will be made public tonight. Five officers have already been arrested and charged with Nichols’s murder.
q&a 12:53 p.m.
Saint Omer’s Guslagie Malanda Is No Longer an Actress in Secret How the Saint Omer actress went from art curator to awards-season hopeful.
the wedding files 12:26 p.m.
A Twice-Rescheduled Midweek Wedding in the Hudson Valley “We’re not really ‘farm wedding’ people, so that limited our options.”
By Kaitlin Menza
celebrity couples 12:15 p.m.
This Good Morning America Romance Keeps Getting Messier Amy Robach and T.J. Holmes are reportedly out at ABC.
keeping up with the royals 11:57 a.m.
Has Prince Andrew’s Teddy-Bear Collection Been Confiscated? His Buckingham Palace apartment has reportedly been revoked, and with it, his dozens of stuffed toys.
bellissimo 11:47 a.m.
Where Have I Seen Michael Imperioli’s Home Before? It’s unclear where The White Lotus ends and Imperioli’s apartment décor begins.
couture spring 2023 11:42 a.m.
At Valentino, Couture for Today Designers often look to the past for couture inspiration, but Pierpaolo Piccioli of Valentino believes it is only relevant if it talks to the moment.
By Cathy Horyn
valentine's day 11:05 a.m.
13 Flower Alternatives to Shop for Valentine’s Day Options that will last longer than a week.
culture 11:03 a.m.
Pamela Anderson Found Pam & Tommy ‘Crushing’ The actress called the Hulu series “salt on the wound.”
extremely online 10:44 a.m.
I Can’t Shut Up About the M&M’s Drama Revisiting Tucker Carlson’s one-man campaign against the “spokescandies.”
valentine's day 10:25 a.m.
16 Beauty Products My Boyfriend Won’t Stop Stealing From Me They double as great Valentine’s Day gifts, too.
¡hola papi! 6:00 a.m.
‘I’m Ashamed of Being Unemployed’ The path is long, crooked, embarrassing, and deeply silly. Having friends and passions will make it tolerable.
By J.P. Brammer
celebrity Yesterday at 9:13 p.m.
Britney Spears Just Wants Some Privacy The star confirmed police were called to her home by fans.
celebrity Yesterday at 7:08 p.m.
Ziwe and Lisa Rinna Brought RHOBH to Paris Fashion Week They were “ready to own it” in Mugler.
power Yesterday at 6:11 p.m.
Harvard Students Walk Out on Professor Accused of Assault Over 100 students continued to protest the reinstatement of John Comaroff, who has been accused of sexually harassing and assaulting female students.
couture spring 2023 Yesterday at 5:20 p.m.
Seduction and Suiting at Couture Fashion Week Shows from Chanel and Gaultier by Haider Ackermann were fresh.
By Cathy Horyn
identity Yesterday at 2:22 p.m.
The Monterey Park I Remember Spending family time in the Asian-majority city helped me proudly embrace my identity.
sex toys Yesterday at 12:33 p.m.
27 Best Sex Toys You Can Buy Online Reviewers don’t lie.
More Stories