A friend once said that it’s chicer to have one singular color on both your fingernails and toes. While there are moments when this Jackie O-esque, matchy-matchy school of thought certainly applies, let’s be real: Sometimes being so chic isn’t as fun. So I set about calling in this season’s slew of summer polishes in every shade on the color wheel so The Cut staff could pick their favorite combos for summer. Some of them even agonized for days over which pairings would be just right for them. (“But this sheer nude, is it French enough when paired with this red?”) Click through to see what everyone decided on — hopefully it will give you some mani/pedi inspiration. 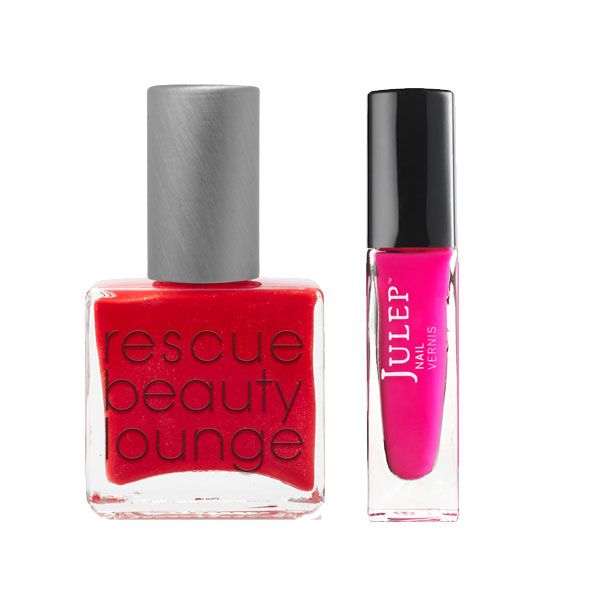 “Poppy is a really nice color because it’s shimmery but not overwhelming. And at first I thought the pedicure color might be a little dark for summer, but after a-week-and-a-half it faded to more of a fuchsia. Now I like it much better.”   Rescue Beauty Lounge in Poppy, $20, Rescue Beauty Lounge Julep in Lily, $14, Julep 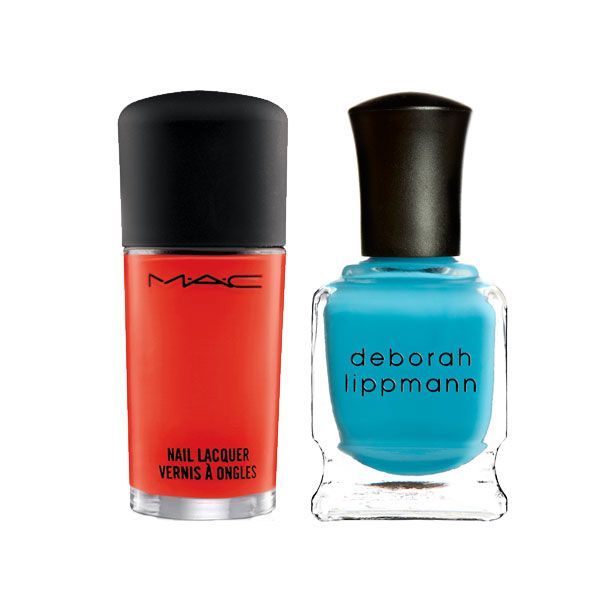 “The bright orange was a fun pop of color on my nails. And I really liked the bright electric blue, which really brought me back to the nineties and had me craving some Debbie Gibson tunes.”   MAC Nail Laquer in Morange, $16, MAC Deborah Lippmann in On the Beach, $16, Deborah Lippman 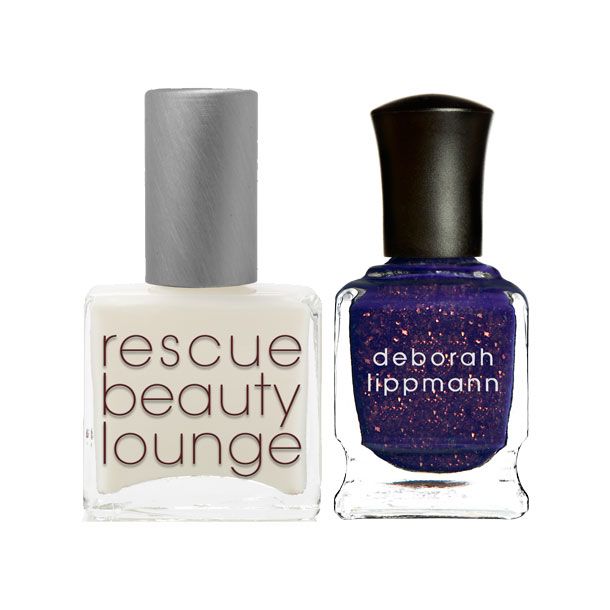 “I wanted something unexpected and light for the summer. This white was more creamy and had almost a blush undertone against my skin, which was more flattering than your standard White-Out-esque lacquers. Since I chose a light color for my fingertips, I needed to counterbalance with dark toes. I love the way the one changes from copper to gold, depending on the light — and so far, it’s been two weeks without a single chip.” Rescue Beauty Lounge in Belladonna, $20, Rescue Beauty Lounge Deborah Lippmann in Ray of Light, $18, Deborah Lippmann 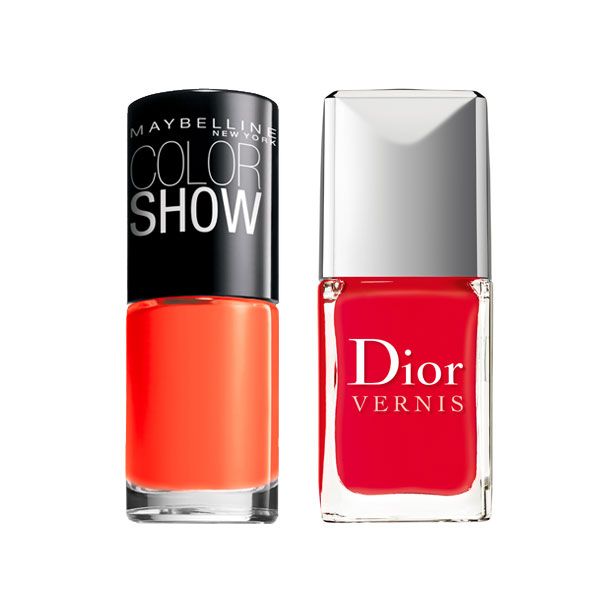 “For my fingers, I am into lots of colors and glitter, and willing to try anything. I chose this one because it reminds me of some festive summer drink that should have an umbrella in it. Plus, it makes my hands look tan. For my toes, I’m more into traditional pinks and reds, because anything like green or blue makes me feel like I’m looking down at swamp monster feet. This Dior color is perfect — bright and cheerful for summer, plus it makes my feet look tan, too.”   Maybelline New York Color Show Nail Lacquer in Orange Fix, $3.99, Maybelline Dior Vernis Gloss in Cosmo, $23, Dior 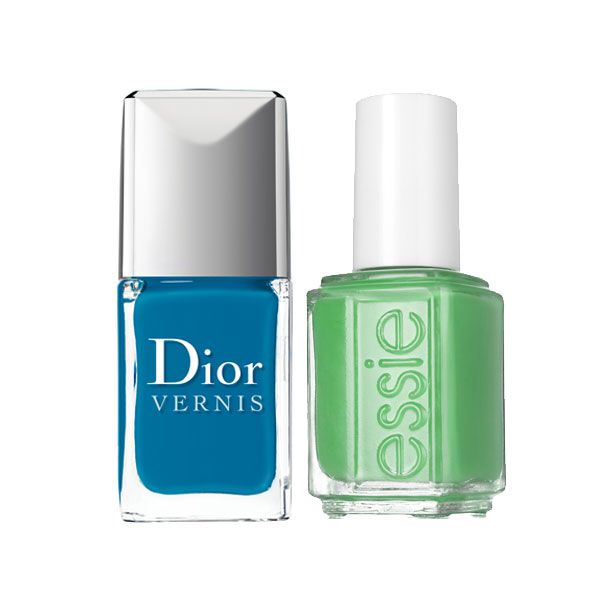 “Dior’s big wide brush is great. This polish went on my nails smoothly and easily, and the color was a rich blue-teal. As for my toes, I love surprising colors, and this is one I’d never seen in a polish before — one shade deeper than mint, but still a pastel. Green doesn’t actually look good on me, which is part of why I like using it as an accent — my pedicure was guaranteed to stand out against every outfit.”   Dior Vernis Gloss in Lagoon, $23, Dior Essie in Mojito Madness, $8, Essie 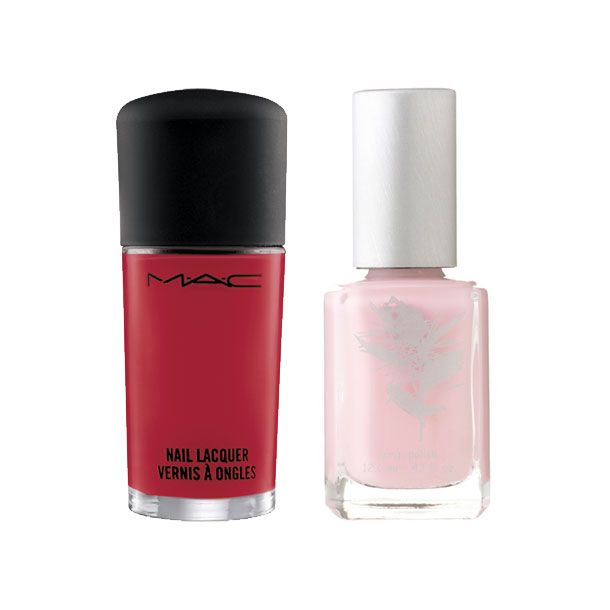 “I know that wild nail colors are really trendy now, but because I am busy and I HATE bathroom clutter, I keep things edited down with this mantra I learned from my foxy grandma: A pink-toned neutral and a rich red are the only two colors of nail polish a woman ever needs. I switch up which goes where. In the summer it’s often pale on the hands, bright on the toes. This Mac Flaming Rose has enough blue undertones to flatter my skin tone. Pritti’s Fairy Petticoat has just the right amount of pink in it to keep it from looking chalky.”   MAC Nail Lacquer in Flaming Rose, $16, MAC Priti NYC Polish in Fairy’s Petticoat, $12.50, Priti NYC 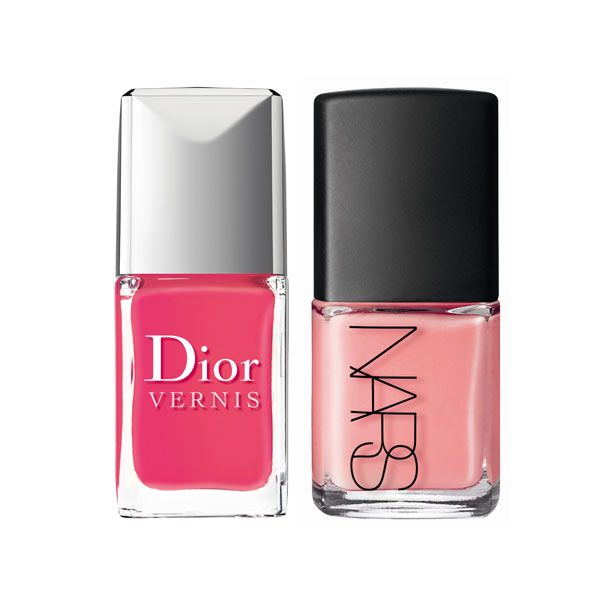 “This shade came out really nicely on my nails — it’s a teensy bit sheer, which I like because it seems to add dimension (or so I convince myself), but two coats is almost entirely opaque. It looks a little bit more coral in the bottle, but it dries as a nice tomato-y red. As for my toes, I have really huge feet, so I usually go with neutral-looking polish (someone once told me it would make my feet look smaller, which is probably bullshit but I do it regardless). Anyway, this pink was pretty but not too bubble-gum girly. It also isn’t too pale, which is important because I think really light, opaque pink can look cheesy in a bad French manicure kind of way.”   Dior Vernis Gloss in Calypso, $23, Dior NARS Opaque Nail Polish in Trouville, $18, NARS 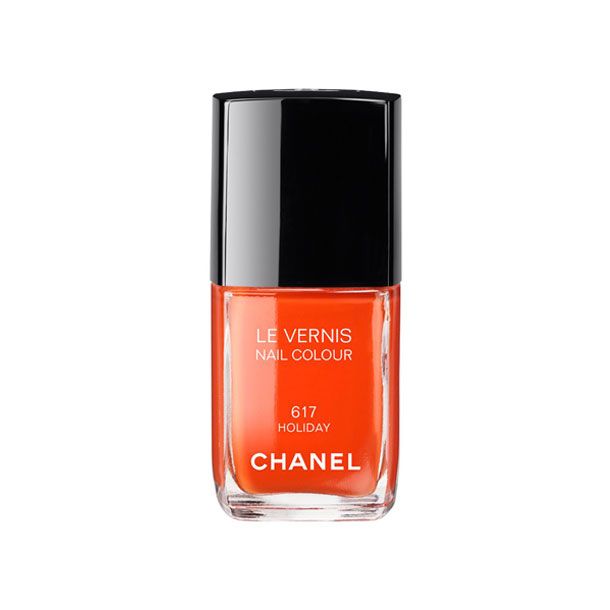 “I made the mistake of saying, ‘I only wear Chanel,’ in order to get out of having to paint my nails. That, and it’s true. Christina had three colors to choose from, and Holiday matched my sunburn perfectly.” Chanel Le Vernis in Holiday, $23, Chanel 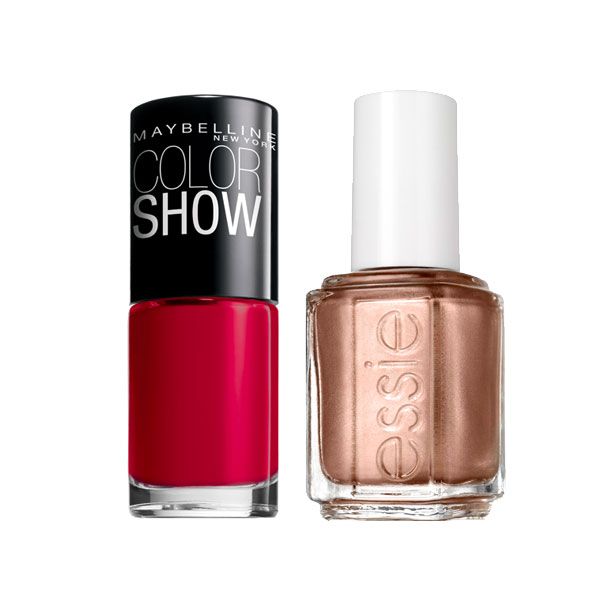 “This combination has a sophistcated rock and roll vibe that doesn’t look too young. The red is bold and just a little bit moody with the slightest hint of brown — very French. The rose-y copper complements it nicely because it’s subtle yet sitll really fun to look at. But I still can’t decide if it’s the world’s most genius, unusual metallic or the ultimate pedicure color for strippers. I’m going with the former.” Maybelline New York Color Show Nail Lacquer in Paint The Town, $3.99, Maybelline Essie in Penny Talk, $8, Essie 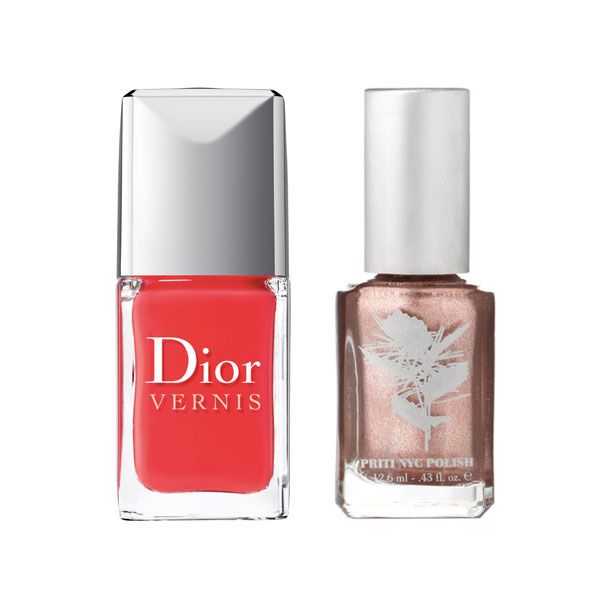 “I was in the mood for a bright coral and this Dior polish is just that, only tartier. And I usually have a tough time with metallic pedicures because the sheen always catches my eye and I just end up staring at my toes for days. But I chose this polish anyway because I wanted a something softer to offset the brightness of my nails. And I’m constantly on the hunt for the perfect rose-gold color, and this one’s almost there.”   Dior Vernis Gloss in Riviera, $23, Dior Priti NYC Polish in Bills Bronze Orchid, $37.50 (part of the Heavy Metal kit), Priti

brooding 25 mins ago
What Will It Take for Momfluencers to Speak Up About Abortion Rights? Mommy bloggers have the power to mobilize real political energy — but they rarely do.
celebrity 10:28 a.m.
How Many Weddings Are Kourtney and Travis Going to Have? Kravis reportedly got legally married over the weekend.
celebrity 10:18 a.m.
Someone Sneaked a Phone Into Jesse Williams’s Broadway Debut Nudes from the show — leaked without the actor’s consent — are circulating on Twitter.