An all-too-brief segment in last night’s Olympic closing ceremony saw a cast of top British models walking — but not speed-walking or anything too strenuous — a special runway set up for them in the Olympic Stadium. (No word on why models like Erin O’Connor, Agyness Deyn, Rosie Huntington-Whiteley, and Sophie Dahl were missing.) All nine models wore clothes designed by British designers — including Alexander McQueen, Vivienne Westwood, and Christopher Kane. Their looks were styled by British Vogue’s fashion director, Lucinda Chambers, and were also featured as an editorial in the magazine’s September issue. Click through our slideshow for photos of each model strutting — and watch the video below to see them in motion. 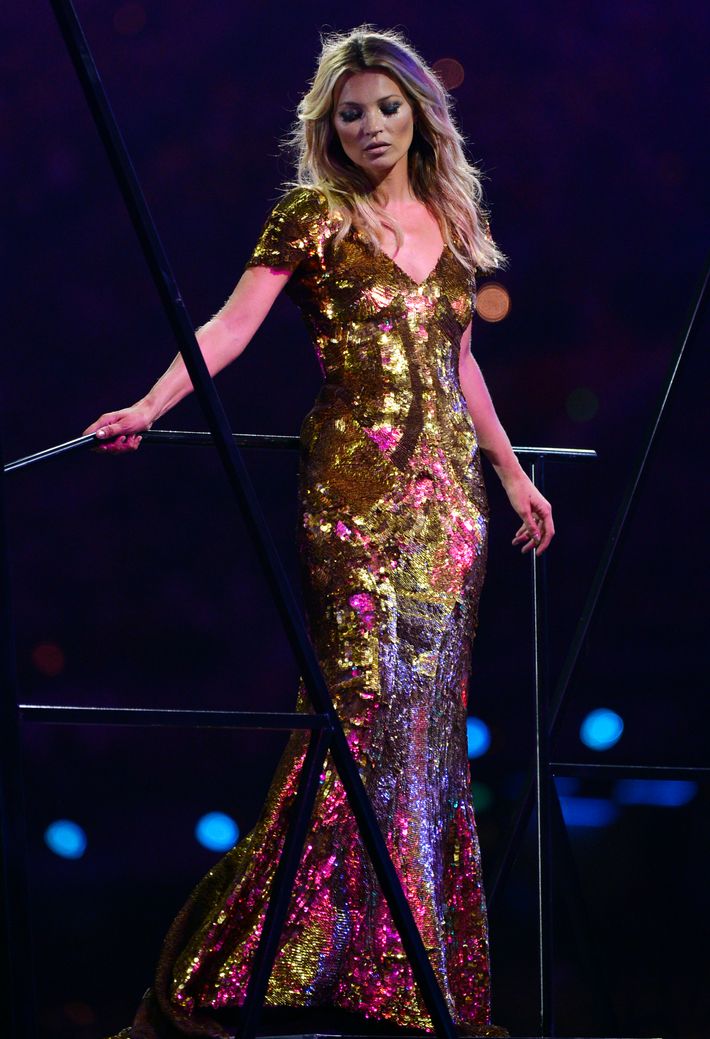 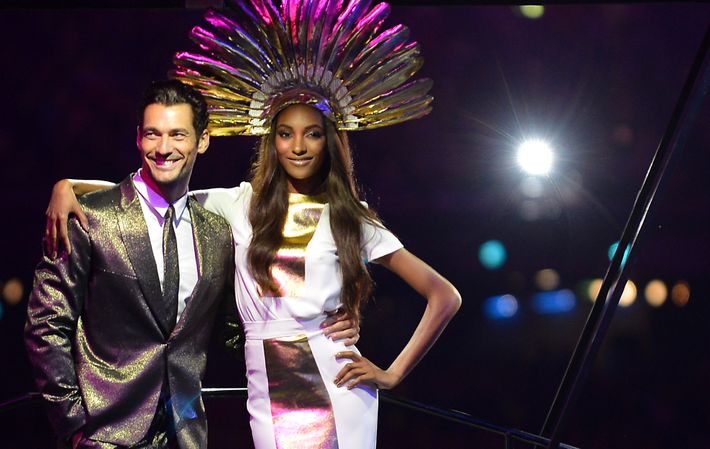 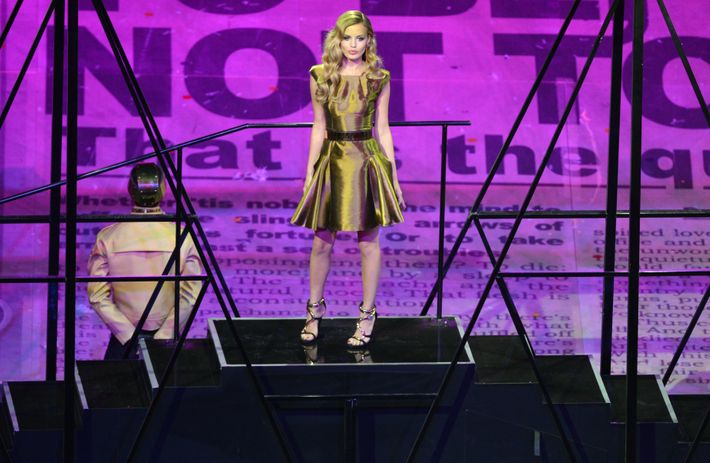 All together now! A very British runway.