“I’d been dreaming of standing in their offices for fifteen years,” she says. “I was so ready to give everything I had. I couldn’t imagine that the dream of mine was becoming real.”

At 27, she was older than the average magazine intern. After graduating from Ohio State in 2010, Diana spent a year working for a pharmaceutical company in Columbus, Ohio, saving up so she could afford to live in New York as an unpaid intern — a gig she’d heard was a necessary first step to getting a job in fashion.

And she will be, but not because she’s on her way to becoming the next Melanie Ward, a stylist she revered. In February, Wang sued the Hearst Corporation, Harper’s Bazaar’s parent organization, for not paying for her work. The lawsuit, which accuses the company of violating federal and state labor laws, has since become a class-action one — including about 3,000 former Hearst interns — and may be decided as soon as early 2013.

In May, Wang gave New York a last look, then drove back to Columbus with her boyfriend of five years. She hasn’t read a fashion magazine since January. “I have kind of completely turned my back on fashion in the past year,” she says. “It’s hard to think how much I loved it because I don’t even go near it these days. For all of these things to go so horribly wrong, it’s just been so hard.”

On the phone from Columbus, Wang describes herself as petite and calls the way she dresses “tomboyish.” She has straight black hair and wears little makeup other than the occasional slash of NARS bright-pink Schiap. Her favorite eBay fashion finds include a fall 2006 lavender silk Prada dress with shirred green insets or a fall 2007 bouclé Balenciaga jacket — both garments she fell in love with during her teens. Now engaged, she lives with her fiancé and works part-time as a fund-raiser and social media strategist for a nonprofit that champions local food.

After completing her four-month internship in December, she didn’t immediately firebomb her fashion career. She tried to get a job, but her supervisor at Bazaar said he wouldn’t give her a recommendation. “He said, ‘I don’t think you’re ready and you should do another internship,’” she says. Still, she interviewed for some magazine and public-relations positions but wasn’t offered any of them. She couldn’t stand the idea of doing another internship and, in January, gave up her ambition of working in the industry she adored — and started considering a lawsuit.

“It was a horrible month for me,” she says. 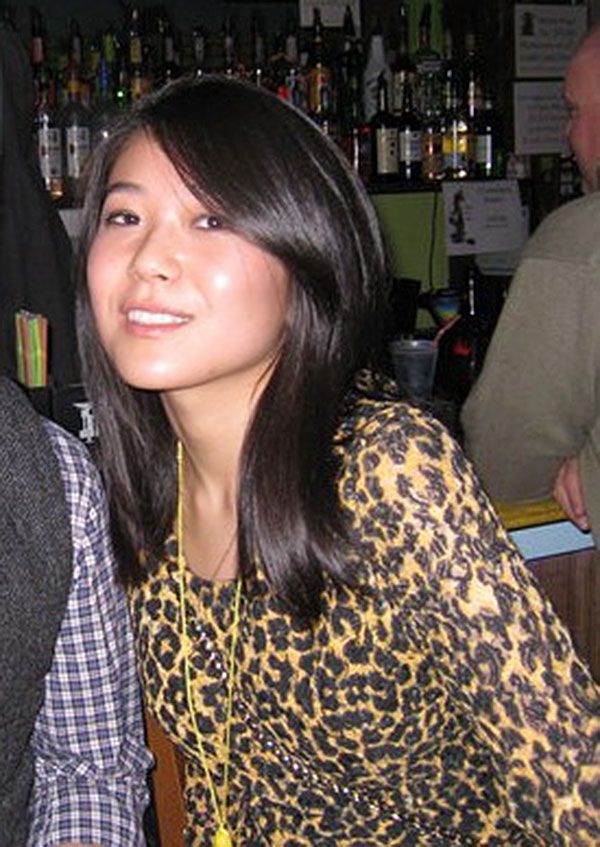 “The experience we all worked through was so outrageous,” she says, “and it was the kind of thing that the interns couldn’t tell their personal circles about. It was very belittling. They couldn’t tell their adviser what they were doing at their internship.”

Wang’s job at Bazaar, which she says she did five days a week and from 9 a.m. to 8 p.m., was to track the thousands of purses, shoes, and pieces of jewelry lent to the magazine for photo shoots. She managed as many as eight other interns, sending them on 30 to 40 errands a day, and helping them file expense reports. She answered the accessories director’s phone, writing the caller’s name and holding it up, so her boss could decide whether or not to take the call. This is standard unpaid work in the fashion industry — and critical to its operations.

“You don’t find this in all industries,” notes Rachel Bien, an associate at Outten & Golden, the firm representing Wang. “You wouldn’t have an unpaid intern at a Duane Reade store, even if they were learning a lot about retail operations. But you have these pockets, in areas like media and film, where that’s the way the industry has operated for a really long time.”

But she was also on edge the entire time. “I was so uncomfortable and stressed out,” she says. “It was hard to get people to understand how an intern could be stressed out, but the editors constantly stressed that this was a real job and if this went wrong or if that happened, it would be my fault.”

She recalled one frantic night when, after the editors had left the office, she unpacked a trunkful of accessories, tissue-wrapped piece by tissue-wrapped piece, to dig out a single misplaced necklace. Or the practical agony of getting through a subway turnstile with seven shopping bags in her hands. She chafed at tasks unrelated to the magazine’s operations, like hand-delivering new outfits to editors between Fashion Week shows. “It kind of felt like you were working in shipping and receiving,” Wang says. Still, she never dreaded her days in the Hearst Tower; instead, she thought, “I’m just going to go in and knock it out,” she says.

The guidelines from the U.S. Labor Department say that unpaid internships must be educational and “for the benefit of the intern.” (Whether Wang was eligible to receive academic credit is a contested part of the suit.) Googling “intern lawsuit” led to a suit involving two interns who’d worked on the set of Black Swan, alleging that Fox Searchlight had violated minimum-wage and overtime laws. It was being handled by Outten & Golden and is currently expanding to include all of Fox Entertainment Group’s intern programs. “I realized the stories were pretty similar,” she says. “You want so badly to make it that you don’t say no. You just want to keep your head down and work. You’re so enthralled to be in the presence of these people and you want them to remember you, and you don’t say no because then you’ll be blackballed.”

Since Outten & Golden agreed to take Wang’s case, Hearst interns from Esquire, Marie Claire, and Redbook have joined the suit.

Outten & Golden wants Hearst to pay its former interns back wages, overtime, and other damages, an amount that “we certainly don’t believe is nominal,” Bien says. The firm doesn’t think the suit will end work-for-free internships altogether but hopes it will inspire more companies to change their policies to pay interns instead of giving them school credit. In fact, Fox already has changed its policies: Student interns now earn $8 to $10 an hour. This month, Gawker Media abolished its unpaid intern program and now offers paid editorial fellowships. (New York Magazine internships are either paid or for school credit.)

“The lawsuit against Hearst, while controversial, has ratcheted up the level of concern among companies who may have previously felt that their glamorous images served as insurance against this sort of thing,” says Susan Scafidi, the director of the Fashion Law Institute at Fordham Law School. “A million girls would kill for those jobs, but it only takes one to file a lawsuit.”

Hearst maintains that the lawsuit is “without merit.” In a statement to The Cut, Hearst vice-president of corporate communications Paul Luthringer said the company’s internship programs “are soundly within the law and offer young people an up-close view of the magazine business.”

Others have criticized Wang and her fellow litigious interns for failing to respect “the process” and pay their dues; unpaid internships, they say, are a rite of passage. Anderson Cooper put the Black Swan interns on his Anderson Cooper 360 RidicuList: “When it comes to internships, it seems to me there are a few simple dos and don’ts,” he said. “Do try to learn as much as you can. Do try to make contacts, and then maybe don’t sue those contacts.” Asked about intern complaints in the month after Wang’s suit grabbed headlines, Vogue creative director Grace Coddington replied, “I think there are a lot of interns that feel very entitled. They think we owe them something.”

As another Fashion Week rolls by, Wang is trying not to think about what she lost and to accept her new role. Since filing the lawsuit, she’s heard from Bazaar interns who served with her. “They said, ‘I’m glad you did it and I hope you win,’” she says. “‘I still want to be in this industry, but I’m silently supporting you.’”

“I feel confident I will win,” she says. “What they were doing, they were never going to stop doing. While I was there, they talked about the prestige of having Harper’s Bazaar on your résumé as if that were a justification for all of the humiliating work you did. It was never going to stop.”

The Norma Rae of Fashion Interns

sex diaries Yesterday at 8:00 p.m.
The Creative Director Getting a Little Tired of Feeld This week’s sex diary.
snl Yesterday at 3:48 p.m.
Michael B. Jordan Is a Different Kind of Jake From State Farm See him rock the red polo and khakis on SNL.
celebrity couples Yesterday at 12:28 p.m.
This Good Morning America Romance Keeps Getting Messier Amy Robach and T.J. Holmes are out at ABC.
astrology Yesterday at 8:30 a.m.
Madame Clairevoyant: Horoscopes for the Week of January 30 The overarching astrological story right now is one of growth, action, and following through on intentions.
By Claire Comstock-Gay
tyre nichols Jan. 28, 2023
Memphis Police Disband Controversial SCORPION Unit: Updates One day after the city released footage of Tyre Nichols’s arrest and beating, the police department deactivated its embattled violent crimes unit.
spring fashion Jan. 27, 2023
12 Ways of Looking at André Leon Talley The friendships and love stories found inside his estate auction, as told by Anna Wintour, Marc Jacobs, and Tom Ford, and more.
By Cathy Horyn
wait what is happening on tiktok? Jan. 27, 2023
Everything We Know About TikTok’s Lashgate Drama Did Mikayla Nogueira add false lashes or not?
parties! Jan. 27, 2023
Teyana Taylor, Anna Camp, and More of the Bestest Party Pics This Week Parties with Gucci, Sundance, and more.
gone sale-ing Jan. 27, 2023
10 Things You Don’t Have to Pay Full Price for This Week Deals from Dyson, Nordstrom, Shopbop, and more.
friday sales Jan. 27, 2023
19 Things on Sale You’ll Actually Want to Buy: From Lunya to Areaware Including fuzzy Birkenstock clogs, a teensy Cricut heat press, and our favorite weekender bag from Patagonia.
recommendations Jan. 27, 2023
20 Best Butt Plugs You Can Buy Online According to experts.
q&a Jan. 27, 2023
Saint Omer’s Guslagie Malanda Is No Longer an Actress in Secret How the Saint Omer actress went from art curator to awards-season hopeful.
the wedding files Jan. 27, 2023
A Twice-Rescheduled Midweek Wedding in the Hudson Valley “We’re not really ‘farm wedding’ people, so that limited our options.”
By Kaitlin Menza
keeping up with the royals Jan. 27, 2023
Has Prince Andrew’s Teddy-Bear Collection Been Confiscated? His Buckingham Palace apartment has reportedly been revoked, and with it, his dozens of stuffed toys.
bellissimo Jan. 27, 2023
Where Have I Seen Michael Imperioli’s Home Before? It’s unclear where The White Lotus ends and Imperioli’s apartment décor begins.
couture spring 2023 Jan. 27, 2023
At Valentino, Couture for Today Designers often look to the past for couture inspiration, but Pierpaolo Piccioli of Valentino believes it is only relevant if it talks to the moment.
By Cathy Horyn
valentine's day Jan. 27, 2023
13 Flower Alternatives to Shop for Valentine’s Day Options that will last longer than a week.
culture Jan. 27, 2023
Pamela Anderson Found Pam & Tommy ‘Crushing’ The actress called the Hulu series “salt on the wound.”
extremely online Jan. 27, 2023
I Can’t Shut Up About the M&M’s Drama Revisiting Tucker Carlson’s one-man campaign against the “spokescandies.”
valentine's day Jan. 27, 2023
16 Beauty Products My Boyfriend Won’t Stop Stealing From Me They double as great Valentine’s Day gifts, too.
More Stories