Platform shoes are powerful. They symbolize both sex and authority, yet striking the balance is a challenge. The right pair lends presence, and they can be the final touch to a high-fashion look. The wrong pair can tear a ligament or worse, make you look like an aspiring reality-TV star. In winter months, platforms worn with cozy stockings are a dressed-up option that protects against damp ground that might otherwise ruin a good pair of heels. Some will scoff and go put on rain boots, but platforms trace back to the middle ages, where they were the chosen shoe among noblewomen forced to tread through medieval muck.

Well-educated Venetian courtesans and noblewomen of the renaissance wore them for physical and symbolic reasons. Chopines, as they were then called, protected the feet from uneven streets, but also established a stature that matched a lady’s social status. A distant ancestor to the wedge platform, they were literally pedestals, elevating a woman sometimes over ten inches. Catherine de Medici loved them, as did other European power-women, who wore versions of them through the eighteenth century, hiding them under huge ball gowns. Disappearing almost entirely in the nineteenth century, when women’s feet took on daintier proportions with Victorian dress, they reemerged in the thirties namely on leggy cabaret girls and Hollywood starlets. The seventies saw a boom in platform-wearing, tangled up with the decadence of disco music, birth control. and women’s lib. The shoe became a symbolic accessory that made women feel taller, more powerful, and a bit vampy on their own terms.

This decade, every designer has their own take on platforms, and some newer footwear designers like Charlotte Olympia and Nicholas Kirkwood are known almost exclusively for them. With so many, it’s difficult to know which ones are good. The trick is finding fun, fashionable platforms as opposed to those that are fetish-inspired. If you look online, you’ll be flooded with the latter — spindly heels vertiginously pitched over two-inch-high platforms. These aren’t shoes for comfort or style, existing only to elongate the leg in the spirit of a Vargas girl pinup. Which isn’t bad, it’s just a boring “sexiness” that reminds us of women stumbling through the meatpacking on a Saturday night. Despite that, there are some fantastic options out there that do away with spikes in favor of a solid, retro, or even an arched or trumpeted, bombé heel. Done right, those thicker platforms are the ultimate fashion shoe — feminine, with a clear sense of empowerment. Like so: 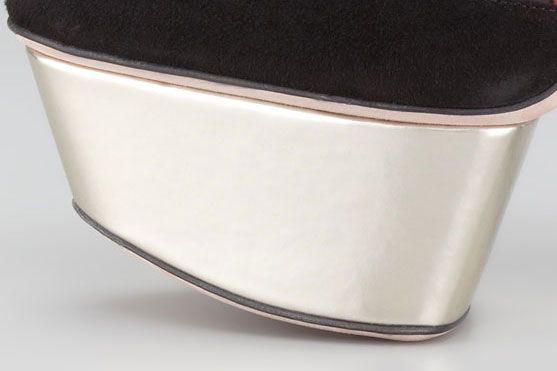 The Platform
That enlarged sole of the shoe serves as a pillow for the ball of your feet. Ideally, it should be no higher than one and a half inches. Exceed that, and it begins to look like a caricature of a shoe. 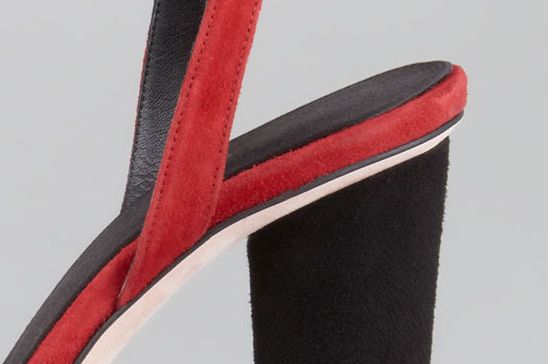 The Heel
Go for something substantial, at least as fat as a Sharpie’s circumference. In addition to giving the shoe a vintage feel, a solid heel also creates a more natural stride and makes wearing high heels a cake walk. 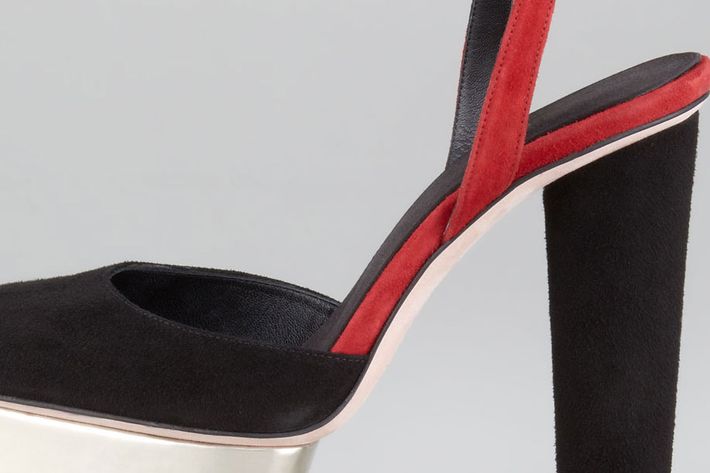 The Pitch
This is the angle in which the shoe bed falls. A pitch that’s too steep results in a shoe made for Jessica Rabbit, and orthopedics later on. Less arch means more comfort. Ideally, once you subtract the platform from the heel height, the pitch compares to wearing a one-and-a-half to three-and-a-half-incher, which looks attractive but not hobbling.

We advise keeping all other embellishments to a minimum (these shoes are already a strong look). A classic, thin strap around the ankle always looks good, plus it makes the shoe easier to walk in. Prada and Miu Miu constantly reinvent the shape of their platform. Michael Kors has some decent suede ones. Rochas has been experimenting with a nice classic wedge shape, and Giambattista Valli put out a terrific disco version for fall 2012. Some seasons, you simply won’t find that one excellent platform, like the one pictured above from Miu Miu’s spring 2009 collection. Other seasons might have a glut of them. So when you find some you like, buy them up, as they never really go out of style. And should you feel inspired, we’ve compiled a slideshow of some of our favorite platforms available right now in stores. 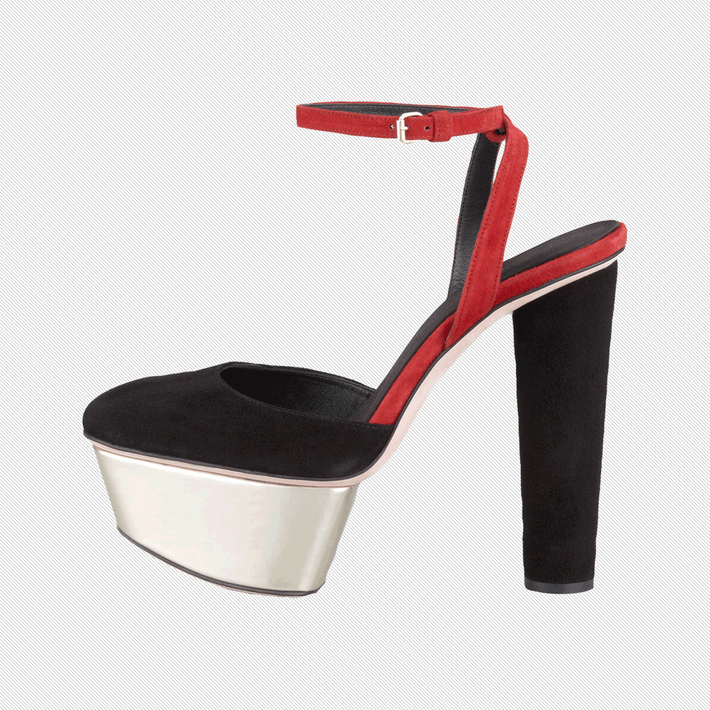 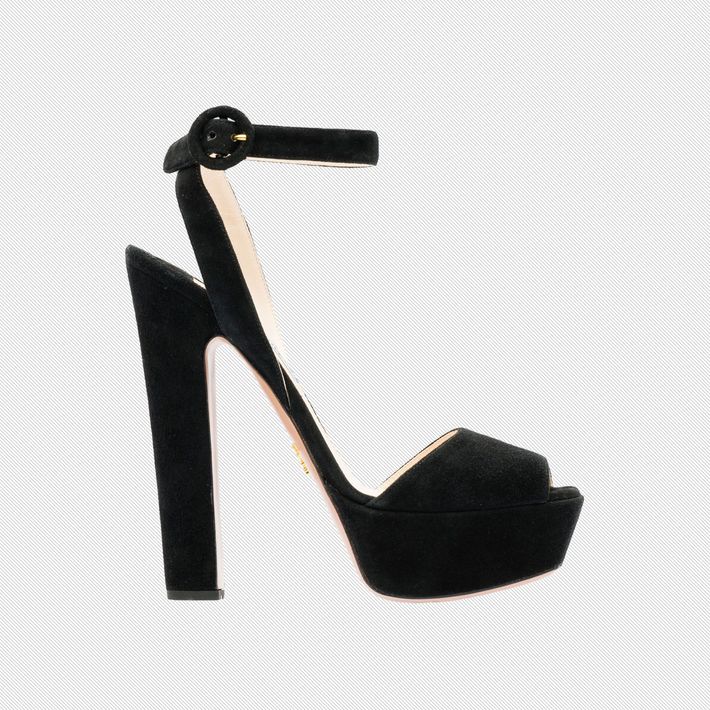 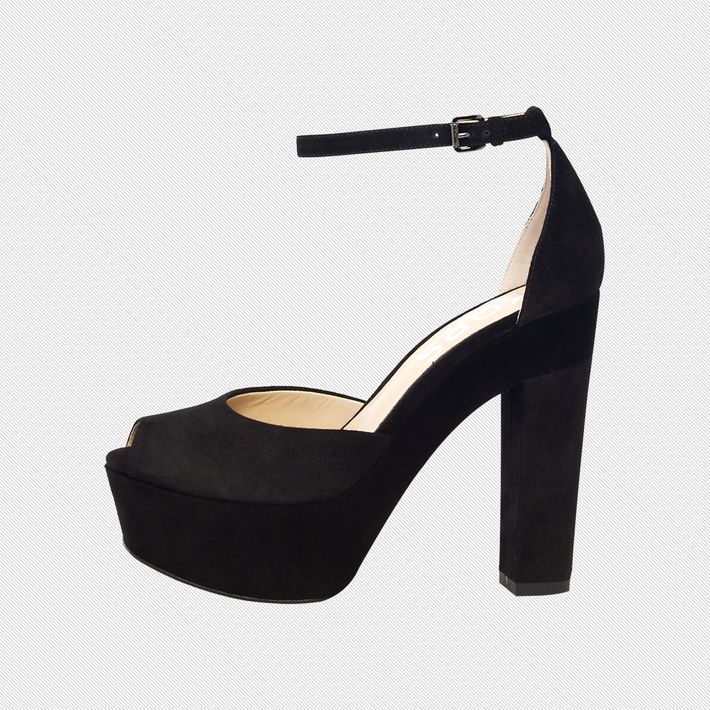 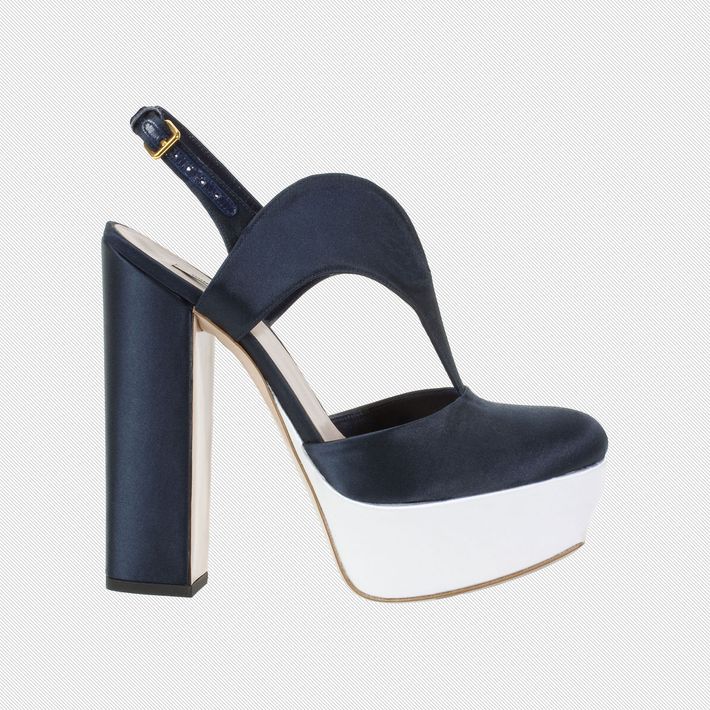 The 50 Ugliest Shoes in History

wtf 1:38 p.m.
Bryce Dallas Howard Confirms Huge Pay Disparity on Jurassic World “I was paid so much less than the reports even said.”
celebrity 12:46 p.m.
Adele Says She ‘Might As Well Be Married’ to Rich Paul “I’m not engaged. I just love high-end jewelry, boy!”
cut covers 12:08 p.m.
Amandla, Amandla, Amandla The Bodies Bodies Bodies star is the Cut’s July-August 2022 cover star.
By the Cut
gross! 11:56 a.m.
Who Told the GOP About ‘BDE’? A gubernatorial candidate claims Ron DeSantis has it. Of course he doesn’t.
obits 10:04 a.m.
Anne Heche Has Died at 53 The actor suffered severe injuries after a car crash in L.A. earlier this month.
flying high 10:00 a.m.
The Ultimate Celebrity Perk? Climate Disaster. The Twitter account @celebjets gives us insight into Kylie Jenner’s 17-minute flights.
power 10:00 a.m.
Everything to Know About the WNBA Star in Russian Custody Amid ongoing prisoner-swap negotiations between the U.S. and Russia, Brittney Griner’s legal team has appealed her conviction.
garment district 8:00 a.m.
How to Be a Fashion Designer: Sewing Not Required Oluwole Olosunde’s curriculum offers a wide-ranging crash course on the fundamentals of building a brand in the Instagram era.
how i get it done 7:00 a.m.
How Kerry Washington Gets It Done “I’m not good at compartmentalizing and only bringing part of myself into a room.”
By Faith Cummings
astrology Yesterday at 8:30 p.m.
Madame Clairevoyant: Horoscopes for the Week of August 15 As Mars enters mercurial Gemini, you may find yourself easily distracted. Fighting it will only make it worse.
By Claire Comstock-Gay
sex diaries Yesterday at 8:00 p.m.
The Artist Who’s Not Sure She Loves Her Comedian Boyfriend This week’s sex diary.
r. kelly Yesterday at 5:47 p.m.
R. Kelly Denies One of His Alleged Victims Is Pregnant With His Child After identifying herself as the singer’s fiancée, Joycelyn Savage claimed she’s pregnant with his child.
rip Yesterday at 3:51 p.m.
Freya the Walrus Was Too Good for This World The summer icon has been euthanized by Norwegian officials.
rust Yesterday at 1:40 p.m.
Everything We Know About the Rust Shooting An FBI report concludes that the trigger must have been pulled.
shopping Aug. 12, 2022
The $6 Brow Product That Changed My Eyebrows It took me almost a decade to find the perfect brow product.
fashion Aug. 12, 2022
Julia Fox Is Back! And she is giving us the latex looks we’ve been so thirsty for.
feminism Aug. 12, 2022
Who Actually Lost the Sex Wars? And were there any winners? A conversation with Christine Emba, Nona Willis-Aronowitz, and Lorna Bracewell.
friday sales Aug. 12, 2022
19 Things on Sale You’ll Actually Want to Buy: From Ninja to Isabel Marant Including the most effective foot peel and some Chuck 70’s for just $35.
i'd buy that Aug. 12, 2022
Drop Everything, Joan Didion’s Estate Sale Is Coming How much would you pay for a mohair throw that once graced her couch?
do i need this? Aug. 12, 2022
Do I Need Lori Harvey’s Gym Outfit? I couldn’t get with Pilates, but this I can do.
More Stories