Only last week did Ono and Opening Ceremony announce their collaboration, and now the eighteen-piece collection is available for purchase on the store’s web site. If you remember, the designs were pulled from Ono’s 1969 sketchbook for John Lennon, called Fashions for Men, which she “was inspired to create … amazed at how my man was looking so great,” she told WWD. “I felt it was a pity if we could not make clothes emphasizing his very sexy bod … So, I made this whole series with love for his hot bod and gave it to him as a wedding present.” Together, let’s take a look at the kinds of clothes that would emphasize John’s “very sexy bod,” and perhaps a “very sexy bod” that belongs to you or to someone you know.

Above, the Mesh Cutout Shirt ($145) and Hand Trousers ($335). While the top says, “I’m on my way to a rave circa 1997 and I think I just swallowed my glow-in-the-dark pacifier,” the bottom says, “An alien grabbed my crotch.” Great pieces for mixing and matching! 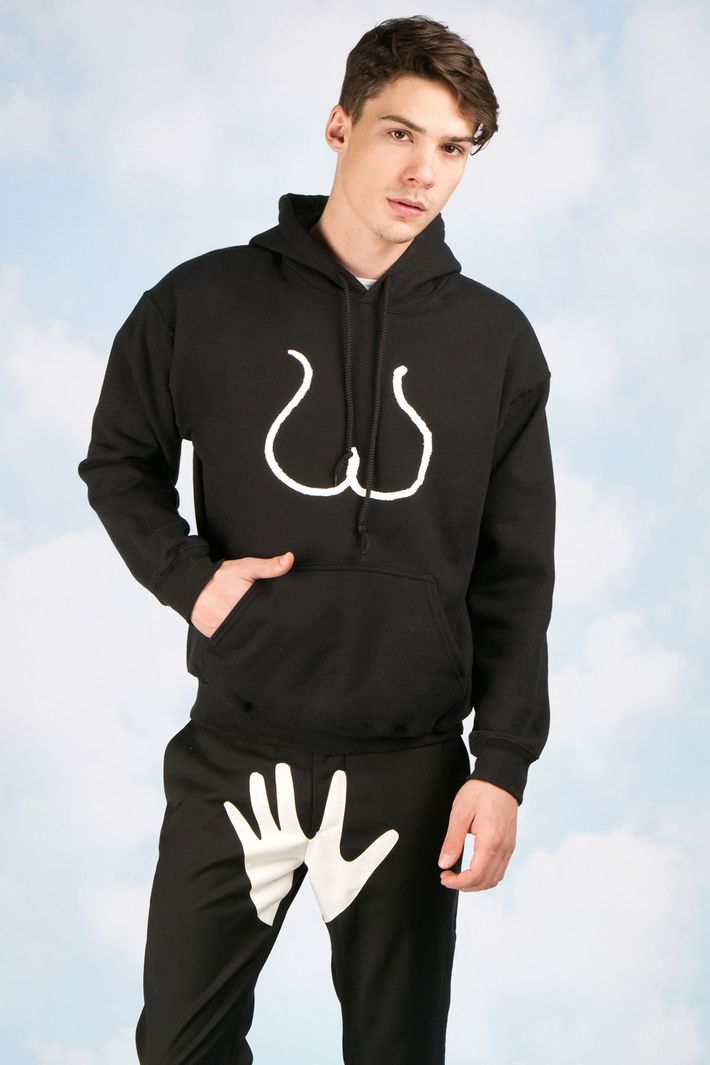 This sweatshirt is like that "Young Girl or Old Woman?" optical illusion. It's named the Butt Hoodie ($75), but once you see it as a pair of balls, you can't unsee it. You'll ask yourself, Was this ever a butt? Either way, a must-buy. 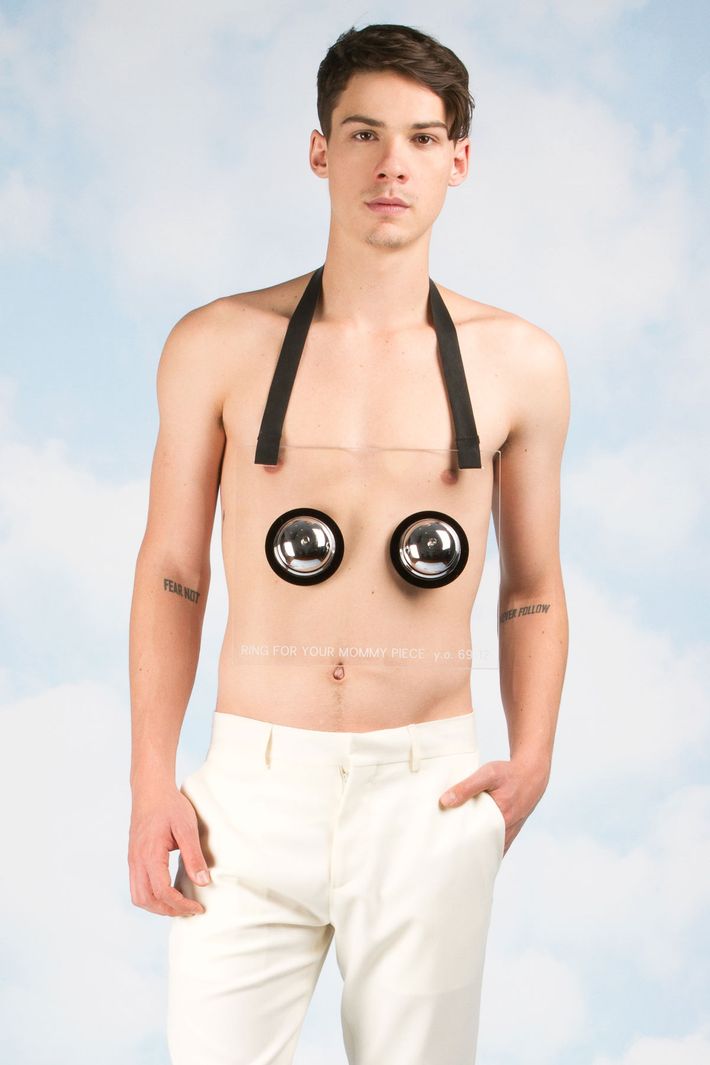