It sounds like something that might have already happened, but Mariah Carey will be launching her first nail-polish line in January. In partnership with O.P.I., the eight bottles range from creamy shades to shimmery finishes, and four of them will also include “Liquid Sand technology” that gives matte polishes a glimmering effect. While the colors are completely original, we can’t help but wonder if Suzi Weiss-Fischmann, founder of the lacquer powerhouse and mastermind behind each and every varnish, drew inspiration from the diva’s own closet. Click through our slideshow to see the dresses we imagine influenced each bottle.

The polish: The Impossible

The polish: Get Your Number

The polish: Pink Yet Lavender

The polish: Stay the Night 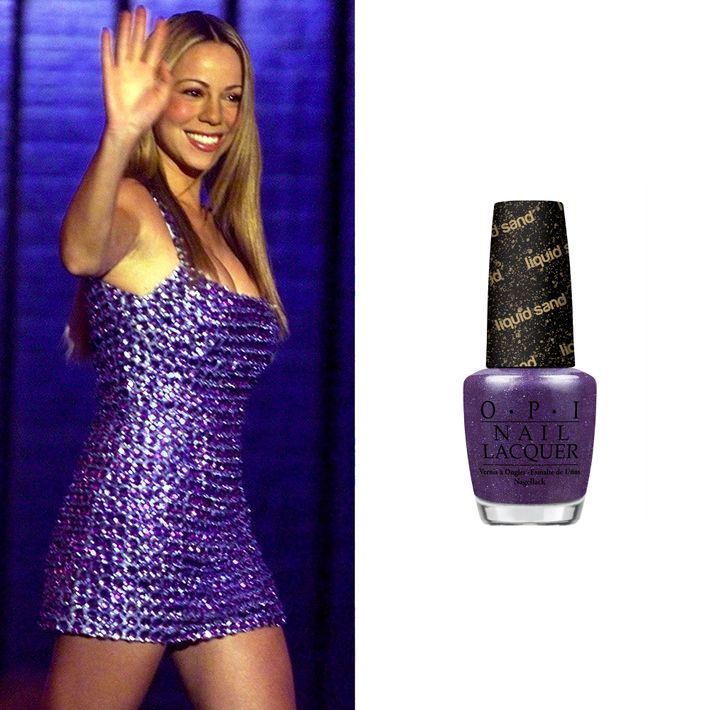 The polish: A Butterfly Moment. (NOTE: We are diverging from our color argument, but only because this outfit deserves special recognition given this bottle’s name.)