Well, wasn’t that fun? New Yorkers love any weather-related news situation, and day two at New York Fashion Week brought enough snow-encrusted heels and fur-swaddled attendees (Anna Wintour notwithstanding) to make another day of shows feel like the reality-television equivalent of a ski resort. Shows were, for the most part, a bit soggy and underattended; still, no one’s canceling. And some trends have emerged! As we face another day in Bean boots, here’s everything from Friday.

1. The Kate Spade collection was taxi-themed. Which seemed mean, because these were the only cabs people could get today.

2. For those lucky few who could get a cab, there was, at least, a pleasant surprise on Taxi TV:

Forget the weather, the best reason to be in a cab is Matthew Terry. vine.co/v/bn95OF3AOQ2

3. Outside, Russian girls (well, nearly all girls) were either wearing stilettos in slush or ugly boots. Street-style photographers clearly loved both options.

4. There was a dress-meets-pants thing at Jason Wu. We feel vindicated. Also, some gowns people would call “major.” (Michelle Obama not included.)

5. A new band you’ve never heard of, Wild Cub, was pretty good at Rebecca Minkoff’s show. Here they are on Spotify. They will probably also be in a Girls episode soon. Also: hot.

6. Textured leather has sort of already become a thing, as we first noticed yesterday. A lot of these pieces are croc-like. Everything is black this season.

7. Is Project Runway over? Maybe that’s why they invited Sammi from the Jersey Shore. At least the Fugs recognized her.

8. We repent. We skipped some shows. Next time we’ll do a Twitter giveaway or something. But all editors were guilty and social media’ing about it.

9. Did we mention we did not skip Jason Wu? Allison Williams lit up the room, even as she seemed nervous. Too much attention; all that pressure to look so “fashion.” Oh, look! A very large chandelier.

10. At one of the many print-media parties the night before, the Brant Brothers and Bryanboy became friends. Please note neon sign.

11. Katie Holmes held a secret show. Because the universe wills such things. (The clothes were actually cute. Not that we saw them in person or anything.)

12. Proenza Schouler is already casting their runway. Apparently, there now exists model software. Next: the girls will just be robots. 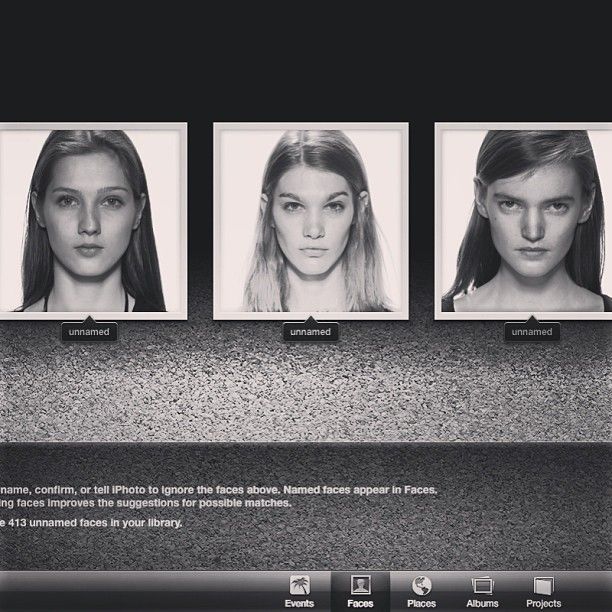 14. Maybe we’ll hide inside all day and just do this. Happy traversing, y’all.

parties! 6:39 p.m.
Crying Into My Chanel Handkerchief at MoMA Guillermo del Toro was honored by the fashion house and art museum last night, and, yes, I cried.
parties 6:02 p.m.
All the Baddies on the Ice Luar’s Williamsburg holiday party brought only the finest furs, honey.
shopping 5:01 p.m.
10 Things You Don’t Have to Pay Full Price for This Weekend From winter essentials to luggage.
holiday gifts 3:30 p.m.
40 Last-Minute Gifts That’ll Arrive in Time for the Holidays Nothing fast shipping can’t solve.
friday sales 2:59 p.m.
24 Things on Sale You’ll Actually Want: From Birkenstock to Charlotte Tilbury Including a K-beauty gift set and a highly giftable record player.
parties! 1:48 p.m.
Cardi B, Katie Holmes, and More of the Bestest Party Pics This Week Celebrating with Chanel, Saks, Nordstrom, and more.
drama 12:00 p.m.
Why Is Everyone Suddenly Talking About Something Navy? After wild rumors about a divorce and embezzlement scandal, it turns out influencer Arielle Charnas’s lifestyle brand is simply not doing well.
ghislaine maxwell 10:34 a.m.
Would You Buy Ghislaine Maxwell’s Former Beach House? Proceeds from the seaside property will reportedly help fund her legal fees.
extremely online 10:00 a.m.
I Can’t Shut Up About ‘Goblin Mode’ It’s the perfect summation our post-pandemic selves: overwhelmed, underdressed, and depleted of all ability to act normal.
2022 fashion year in review 10:00 a.m.
It Was Julia Fox’s Year And Julia Fox’s year only.
power 8:16 a.m.
Brittney Griner Has Been Released From Russian Detention The WNBA star arrived back in the U.S. on Friday morning.
¡hola papi! 6:00 a.m.
‘Why Do I Always Have to Be the One to Initiate Plans?’ Most people are waiting for someone else to break through the quiet.
By J.P. Brammer
celebrity Yesterday at 9:06 p.m.
Toni Collette and Dave Galafassi Split After ‘Substantial’ Separation The two were married for almost 20 years and share two children.
celebrity Yesterday at 7:00 p.m.
Drew Barrymore Thinks Bad Dates Are ‘Awesome’ She may be the most optimistic single person on the planet.
keeping up with the royals Yesterday at 4:09 p.m.
Of Course Harry and Meghan Have Matching Penguin Suits Our king and queen of corniness.
always shopping Yesterday at 2:46 p.m.
16 Matching Sweatsuits You’ll Want to Live In All Winter Long Our favorites include ones you should especially wear outside of the house.
health Yesterday at 2:14 p.m.
Celine Dion Diagnosed With Rare Neurological Disorder In a video posted to Instagram, the singer said she was suffering from stiff-person syndrome.
where did you get that? Yesterday at 2:13 p.m.
Madison Utendahl on Nose Rings and Discounted Prada The entrepreneur shares her favorite NYC spots and her nightly routine.
grief Yesterday at 1:00 p.m.
My Dad’s Jeep When my father died, I got his car. Eight years later, it’s falling apart. How am I supposed to say good-bye again?
By Katie C. Reilly
royals Yesterday at 12:55 p.m.
Everything We Learned From Harry & Meghan Takeaways from their highly anticipated Netflix docuseries.
More Stories