The HBIC-slash-designer took the stage at the First Niagara Center in Buffalo, New York, on Friday night wearing not a skirt with sleeves from her River Island line (that one of us might own), but custom Givenchy couture — specifically, “a floor-sweeping ruffled silk crepe cape in black with a embroidered collar and a pair of black-and-white leather thigh-high boots with lacing details,” WWD writes. Creative director Riccardo Tisci also made the layers underneath her cloak, “a pair of couture goggles,” and a shark tooth necklace. He said the entire ensemble represented “female empowerment and urban haute couture elegance,” and called Rihanna “punk and talented … she is the face of her generation.”

Kanye West must be licking his wounds. Last week, he bemoaned his inability to pass off Tisci’s skirts as concertwear, telling Hot97: 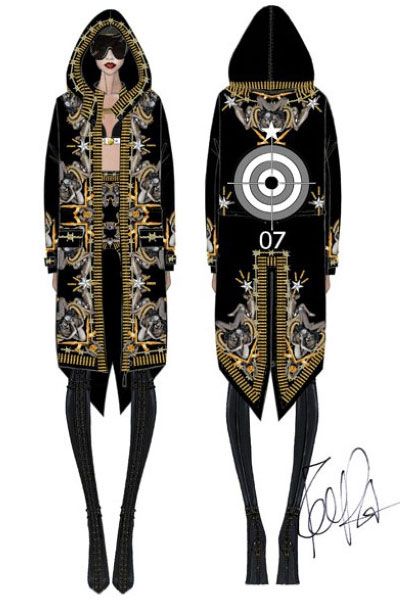 brooding 12:00 p.m.
What Will It Take for Momfluencers to Speak Up About Abortion Rights? Mommy bloggers have the power to mobilize real political energy — but they rarely do.
celebrity 10:28 a.m.
How Many Weddings Are Kourtney and Travis Going to Have? Kravis reportedly got legally married over the weekend.
celebrity 10:18 a.m.
Someone Sneaked a Phone Into Jesse Williams’s Broadway Debut Nudes from the show — leaked without the actor’s consent — are circulating on Twitter.