According to an Instagram photo she uploaded earlier today, it looks like the usually brunette Sofia Vergara is now back to being a blonde. But that’s not to say she was ever a natural blonde, as some have wondered. Judging by a throwback photo (above left) she posted to the social media site a few months ago, it looks like tiny Sofia tended to skew more mousy-brown, in comparison to her truly flaxen-haired friend. However, she certainly spent some time as a streaky blonde during her bodacious beachy phase, as shown by this other Instagram photo, which alluded to her future dye job plans (“Going back to my roots”). Though when she said roots, we’re assuming she just meant her TV roots (as in: Univision). 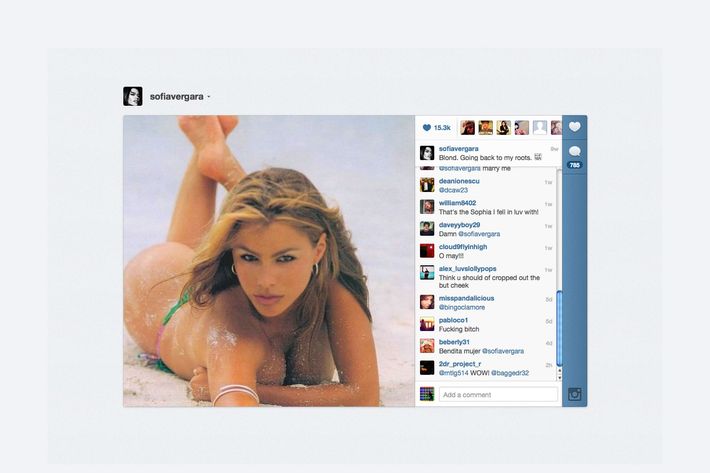