This morning, Rihanna posted a photo of her butt in a denim thong on Instagram. She later deleted the image, but not before the Cut’s internal chat room erupted in debate. Are denim thongs a crime against humanity? Are they more like jeggings, or more like a skort? What is the fashion precedent for this look? Why is Rihanna’s butt so shiny?

Christina Han, Beauty Editor: Is that her actual ass?

Charlotte Cowles, Writer: To be fair, it’s an accessible look. Anyone could make that!

Maureen: There is a clubwear precedent for denim thongs on females. This website used to sell them:

Stella Bugbee, Editorial Director: No one ever wore those.

Maureen: They were on a Japanese TV show: 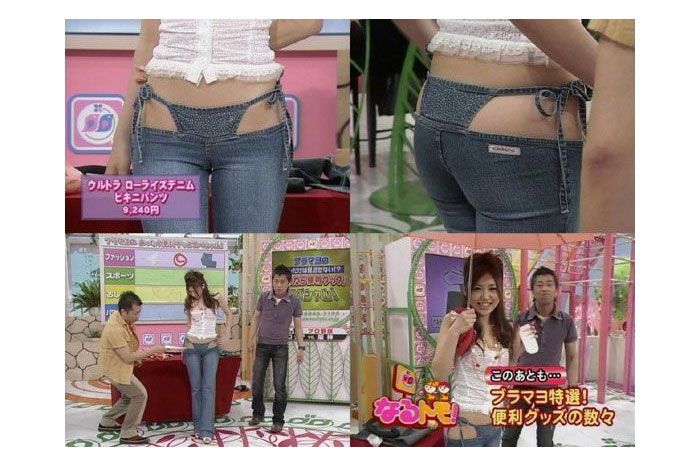 Maureen: BUT BACK TO RIHANNA.

Kat Stoeffel, Writer: It is worth noting that before being hacked into a torture device, Rihanna’s jeans were already up her ass. Like, if you did that to my jeans, the butt-seam would hang like a half-inch below my actual butt crack.

Charlotte: On second thought, this could be a great way to recycle jeans that your ass has outgrown.

Maureen: I actually find the concept of layered thongs EVEN SCARIER than a denim thong.

Stella: Layering of thongs is like — just get a butt plug.

Maureen: It’s like the grossest concept in female hygiene, the “Thong Pantiliner”: 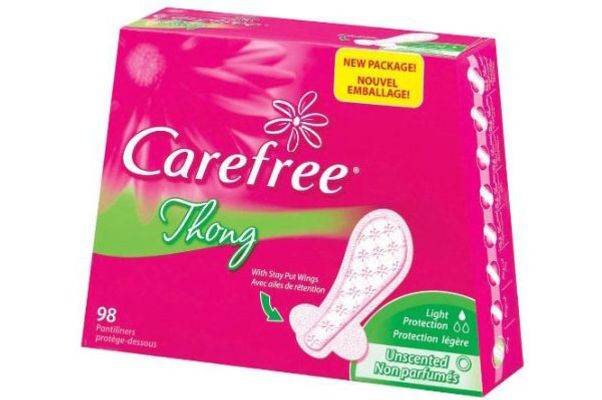 Sally Holmes, Producer: Rihanna’s layered thongs are kind of like a skort. A twofer, thong and shorts.

Maureen: The other good thing about Rihanna’s look is that the thong is not visible from the top, but from the BOTTOM. As in, not a thong sticking out above the edge of low-cut pants, but the thong itself. And bottom-thong exposure means exposing the WHOLE BUTT, which on a body like Rihanna’s is way more fun to look at.

Kat: Yes, this offers a radically new perspective on thongs.

Charlotte: More of a pants problem than an underwear problem.

Stella: No amount of Gwyneth almonds will make your ass look like that.

Kat: If she makes this into a trend, I will be so mad. The only way she can atone for this, in my eyes, is to auction the butt sling off for a worthy charity after the shoot.

PSA: How to do Denim Right

Clothes With Fake Boobs on Them: An Exploration