This Saturday, the makeup collaboration between Lancôme and Lanvin designer Alber Elbaz will be hitting department-store shelves. If you’re quick with your Internet trigger finger, or wake up early, you can get one of nine limited-edition products that received an Elbaz reboot. 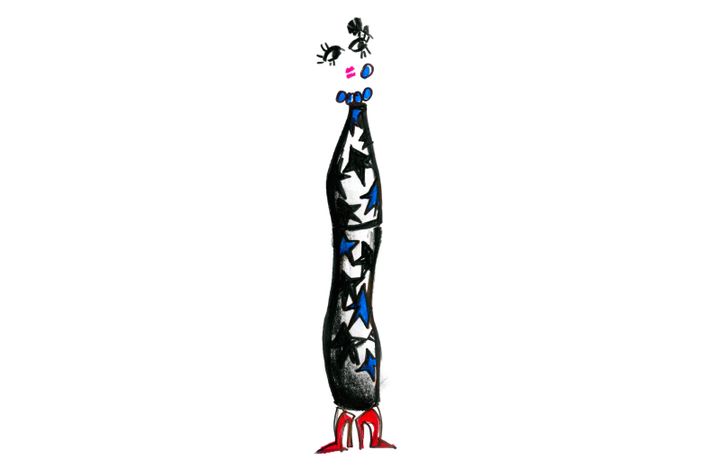 And here’s how the Cut can help you win your own three-piece set of Lancôme x Alber Elbaz makeup (which includes mascara, lashes, and an eye-shadow palette):

From Wednesday, June 12 through Friday, June 14, tweet, Instagram, or e-mail us (at socialmedia@nymag.com) a selfie “wearing” a pair of Alber’s trademark eyeglasses. Use Photoshop, Microsoft Paint, or even draw them on a picture of yourself, then snap it and submit. If you’re entering via Twitter or Instagram, include the #AlberEyes hashtag. We’ll select the five winners with the most creative* take on the lovable Lanvin designer’s distinct eyewear this Friday, one day before the official launch of Lancôme Show.

Here’s the breakdown:
-Use the hashtag #AlberEyes to enter on Twitter and Instagram.
-Contest runs from June 12 – June 14.
-Photo should be of yourself (no messing with images of your siblings or co-workers’ kids).
-We’ll select winners at 5 p.m. on Friday.

Go forth and Alber-ize yourselves!

*As selected by the Cut’s editors. Official rules and regulations here.