Victoria Beckham tweeted a hilarious portrait of her son Romeo posing as Karl Lagerfeld, with the words Romeo Who? written below. She may want daughter Harper to stay a tomboy, but she fully supports young Romeo morphing into a fashion icon. “I can’t stop laughing right now, genius!” she said of the portrait. The artist is still unknown. Lagerfeld has yet to comment, but the Telegraph reports that he has called the fashion-forward tot “handsome, cute, polite” in the past. He’ll most likely approve of the mini-Karl or doppelkarl as this phenomenon is known in his native language. 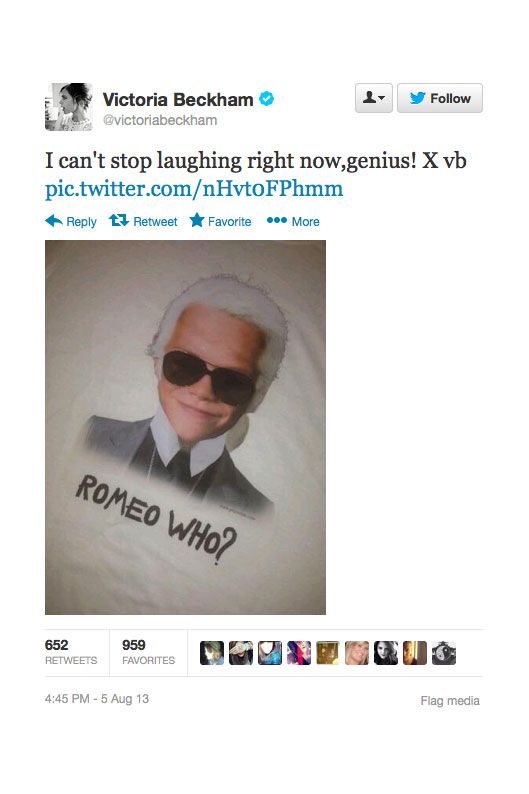 Remember when kids dressed up like firefighters or doctors or basketball players? Now children like Romeo and Lila Grace Moss play pretend Devil Wears Prada. While we’d love an invitation to a tea party with mini Karl and tiny Miranda Priestly, we’re afraid it would result in tears. (Ours.)