In the last 24 hours, a dizzying array of shows have walked, and it’s only the end of day two. For today’s challenge, our first question is a freebie. Karlie Kloss made her New York debut in a sage-green gown that began as a minimalist slip before flaring into a flurry of chiffon layers. Kloss worked the look, sinuously weaving down the runway as the elaborate train followed her. Considering this designer knows his way around a red carpet and an Inaugural Ball alike, don’t be surprised to see someone famous in this ASAP.

If the first question is too obvious, try to figure out what show this neckline detail came from. They’re newbies to the New York scene, though they’re very firmly established Down Under. Better known for swimwear, they also craft some interesting ready-to-wear, like this cocktail dress featuring an unusual asymmetrical neckline.

For the head-scratcher of the day, take a close look at this pattern from a surfer-girl-meets-urban-cool collection. It could be ripples in the water, or it could be swirls of marble. The print was found on everything from shift dresses to coats to bikinis. Perhaps you’ll spot it in a street-style photo or two in the next week?

Click ahead to browse the slideshows and see if you guessed right. 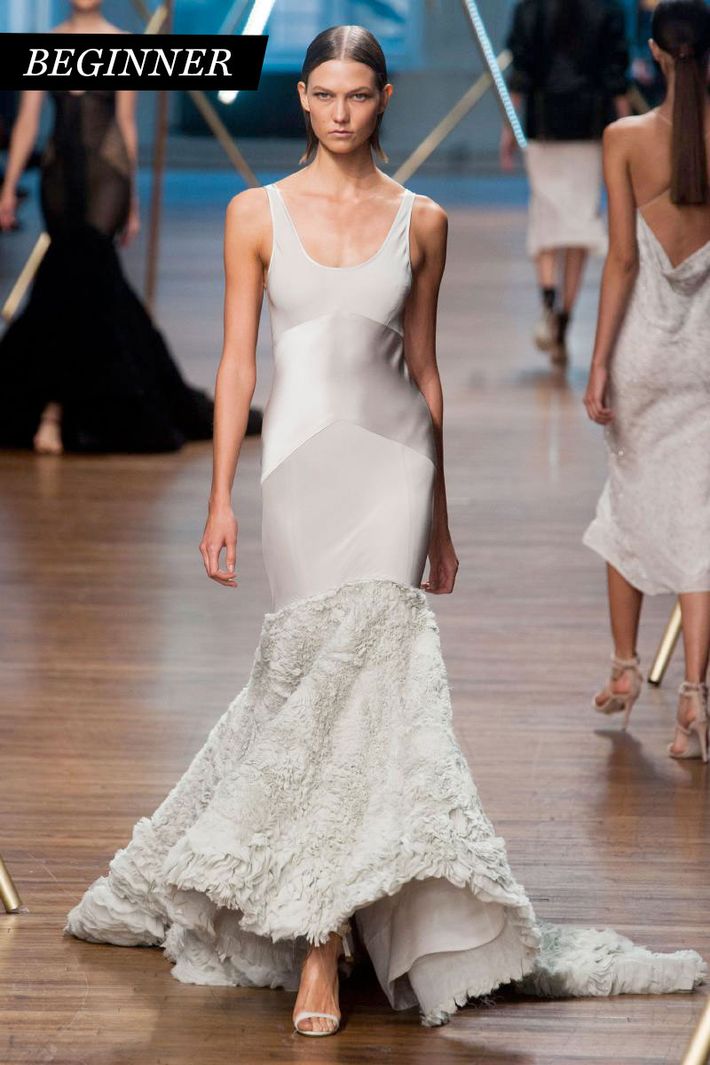 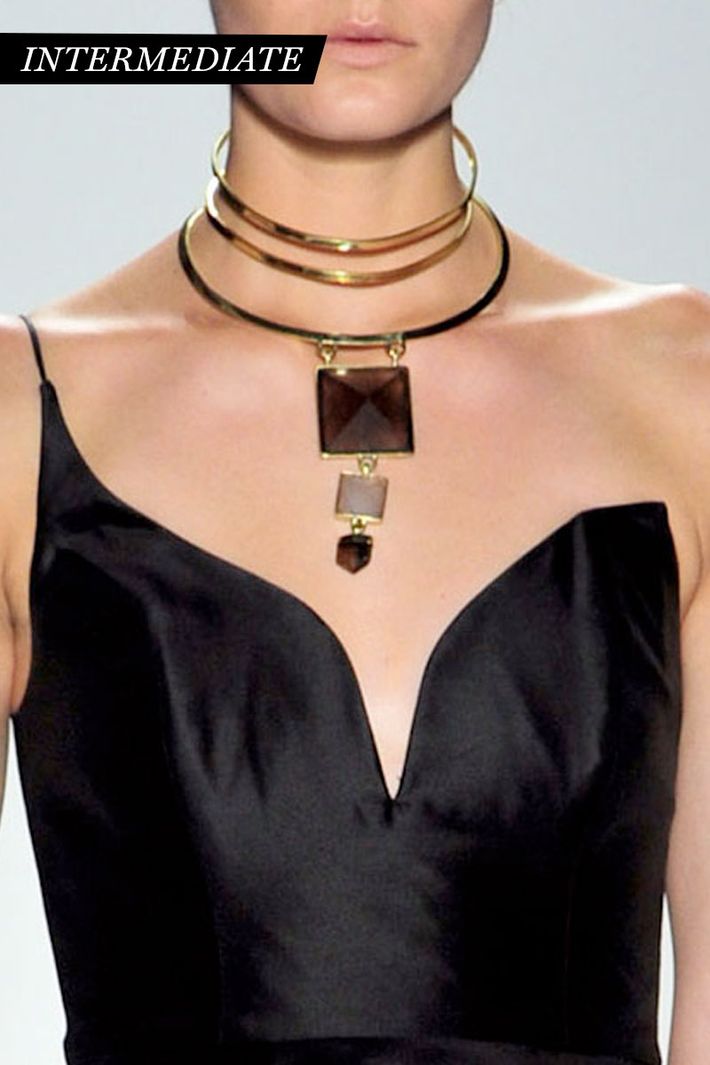 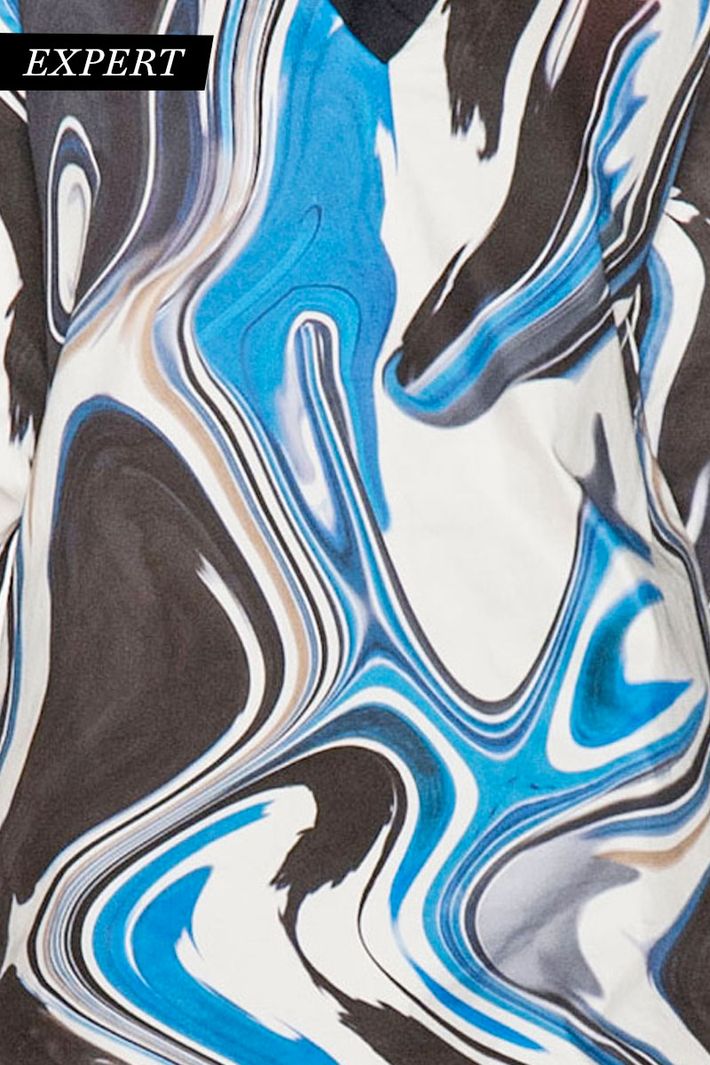 A. Creatures of the Wind
B. Peter Som
C. Honor