Of course the makeup (and hair) at Jeremy Scott would be totally unique, but for the designer’s spring 2014 show, M.A.C makeup artist Kabuki’s take on the classic cat-eye was so much cooler than we ever expected. The magenta ombre wing, created by applying three different shadows and fake lashes,  was meant to resemble a flame. While we’d like to think this might be a subtle homage to the upcoming film Catching Fire, the look was actually inspired by the detailing on vintage seventies muscle cars, which is even more awesome. 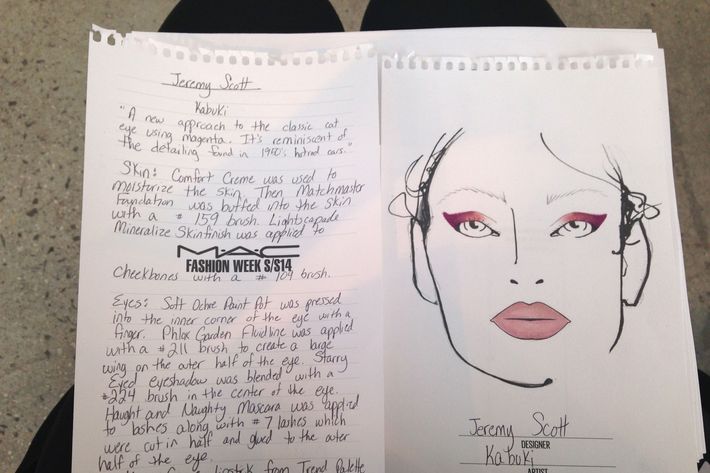