With Alara at the keyboard (“Christie made me do it because she is too lazy”), the college students explained.

To truly answer this question, I’ll have to go all the way back to when I first started writing erotica, a little more than a year ago. I was complaining to a co-worker one day about how I was having trouble making ends meet with my crappy job and my bills from college. (I had a day job at a supermarket alongside going to school. Christie worked as a tutor and went to school.) My friend told me about an article that detailed the self-publishing boom that was going on and about how E.L. James had made a fortune self-publishing her erotica. Thinking that I could write my own erotica, I went home that night and learned about all the self-publishing platforms that were available at that time.

Once I started making more money writing erotica than I did at my job (that only took one month), I quit to start writing full-time and going to school part-time. 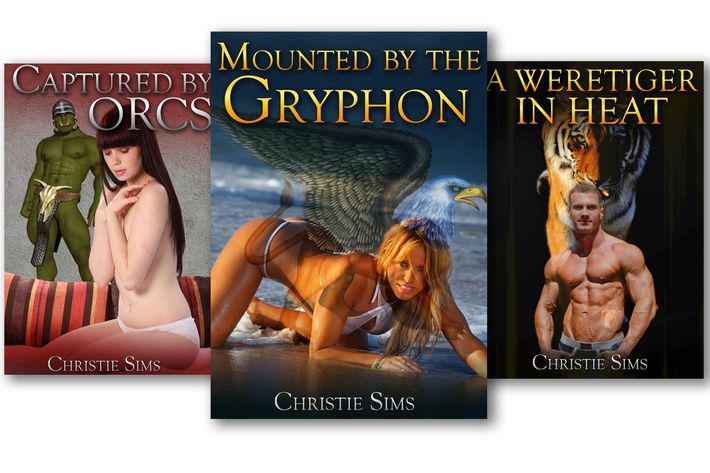 I did some research and found that a subgenre called “monster erotica” was starting to get popular. So I decided to write stories that contained monsters that were staples, or at least what I thought were staples, of the genre: shifters (werewolf), tentacle monsters (it was only later I found out shifters weren’t considered “monsters”). I wrote a lot of dragon-erotica stories, BBW romance, a few other things. But after a few months of writing about dragons having their way with busty maidens, I started getting burned out. I toyed with the idea of quitting and going back to work. But one day, I was walking and I thought about the movie Jurassic Park. My perverse mind immediately went to my work, and I pictured dinosaurs having their way with women. I died laughing. I was about to dismiss these thoughts as the workings of my freaky mind, but then I had an epiphany. Dinosaur erotica was something new that I’d never tried before.

We don’t want to get into actual numbers, but let’s put it this way: Combined, Christie and I make more money than our friend who has been working as an engineer at Boeing for a few years and Christie’s friend who is a five-year accountant in Dallas, Texas.

Are Alara Branwen and Christie Sims your real names?

No, those are just our pen names. Do you honestly think we would publish the crazy stuff we write under our own names?

How did you meet?

We were assigned to be roommates in our dorm the year before last. Since then we’ve been really awesome friends!

We enjoy terrible movies, going for early-morning runs, and playing many different kinds of games with friends. We do spend a lot of time together, so much so that some people think we are lovers (it’s not true, we only love part-time, the rest we spend writing!). I am an outdoorsy type of girl and Christie is kind of the same way. We’re pretty outgoing in our group of friends, but outside of that, we tend to be pretty private people.

If I were to describe us both in a nutshell, I would basically say we were nice, quiet girls who have really warped imaginations.

I hadn’t considered whether you were lovers! Can I ask about your sexualities and/or relationship statuses?

HAHAHA! That was just a joke! We are not lovers at all; we are just best friends. I’m sorry if I misled you. We always joke with our friends that Christie and I are “part-time lesbians” because we spend so much time together. I hope our joke doesn’t seem offensive or anything. Christie is bisexual and I am straight. Though when it comes to sexual interests, I have been told that I’m pretty kinky, and I have heard some stories about Christie …

What kind of college do you attend, and what are you studying?

I am studying math/finance and creative writing. Christie is studying accounting, though I am trying to pull her into a few creative-writing classes. We are currently going to a satellite school of a large state school (Texas A&M). 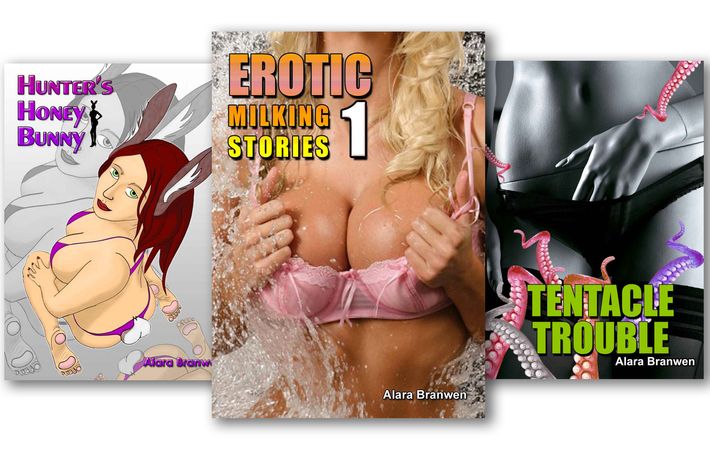 Any advice for readers who want to get into the erotica-writing business?

If you find a market that is underwritten (like the dinosaur-erotic market was) or doesn’t exist, populate it. Write a few stories in it and see how they do.

Once you have stood out, keep writing and giving the people what they want. It takes a lot of hard work and dedication to become a professional writer. You have to keep doing your research, keep yourself writing, make good book covers or hire someone who can (you can find good royalty-free pictures to use for cheap; www.123rf.com is a good place and you can hire someone on fiverr.com to make you a cover for $5), and use marketing tactics to advertise your books. You can find out how to publish on Kindle Direct Publishing, Nook Press, Kobo, Apple, and Google Play on YouTube. Just type in “How to publish on X” and you can find videos that teach you how to do it.

But I think the key thing is being willing to work hard and keep at it. Writing professionally, in any genre, can be a grind. I don’t know how many times I have had to push myself when I am at the keyboard to just squeeze out those extra words to meet my quota for the day (my daily goal is to write 5,000 words, Christie clocks in at about 3,000, but she used to do way less).

Just our author pages on Amazon; we are going to be combining our pages soon, so I’ll give you Christie’s. Christie and I both rarely do social media because we are both so busy. I know, I know, shame on us for not marketing to our fullest ability.