Although Jezebel and avant-garde fashion magazines had been predicting it for years, 2013 definitively marked the end of the Brazilian’s totalitarian reign over America’s crotch. After two decades of increasing and assiduous denial, a critical mass of women — famous, Instagram-famous, and anonymous — acknowledged the existence pubic hair. In some cases, they let it be seen.

This is a relief, both physically and psychologically. Because of the hairless bikini line’s association with pornography (where ample bush can block the view), the move toward waxing seemed to some like an indicator of female degradation. Or maybe the trend revealed widespread latent pedophilia? Debates about the meaning of pubic grooming inflamed comments sections, as irritating and as stubborn as our ingrown hairs.

But times are changing. In fact, looking back over the year in pubes suggests that the Brazilian wax — that horseman of feminist apocalypse — is in fact just another grooming fad that came, went, and will now be personally and stylistically deployed, like overplucked eyebrows or pointy fingernails. Grown women, lazy women, panicked moms of tweens, and the pain-averse: Enjoy this swing of the pudenda pendulum.

Majority Bush
According to an online poll of 1,870 women conducted by a U.K. pharmacy, 51 percent of women “do not style or groom their pubic hair,” for the reasons that they can “no longer be bothered to keep up the grooming” (45 percent) or their partner “prefers a natural look” (62 percent).

ArtFlop Bush
Poor Lady Gaga. By December, visible pubic hair, paired with a mustache and scorpion pasty on the cover of trans-interest mag Candy, was no longer controversial enough to make a sales-boosting splash. Not the month Beyoncé dropped. 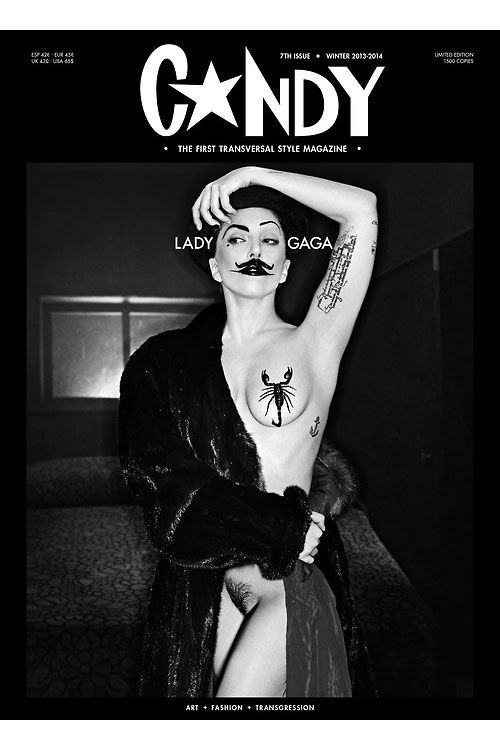 Merkin-Not-Required Bush
Two women approached Gaby Hoffman at the Sundance premiere of Crystal Fairy (much of which the actress spends naked) “to ask how she’d gotten the merkin — a pubic wig — to adhere,” according to a New York Times Magazine profile. “That’s just me,” she reportedly informed them. “I’m a human. I have hair.” Elsewhere in the profile, pubic hair becomes a metaphor for the gritty authenticity of New York City circa Hoffman’s Chelsea Hotel upbringing.

PSA Bush
Concerned that “waxing culture” had become so monolithic that “some young women don’t see it as a choice,” London advertising agency Mother issued a “call to action for women to stand up to the pressures of modern society and present their bushes in all their glory.” That is: have their crotch anonymously photographed for a photo exhibition.

Political Bush
There are some six million #bikini pics on Instagram. But only artist Petra Collins’s unshaven submission violated Instagram’s no-pornography rule. (And you thought it was the hairless who looked porny!) “The deletion of my account felt like a physical act, like the public coming at me with a razor, sticking their finger down my throat, forcing me to cover up, forcing me to succumb to society’s image of beauty,” Collins fired back in in Oyster Magazine. “These very real pressures we face everyday can turn into literal censorship.”

The Bush of Record
From Amanda Hess, in the New York Times’s lifestyle magazine supplement: “After years of razors, wax and lasers reducing pubic hair to the bare minimum — or nothing at all — there’s a return to a more natural state.”

Vintage Bush
Frequently nude Kate Moss went full-frontal but not fully waxed in her Playboy debut this month (the magazine’s 60th anniversary issue), a sign of both Playboy’s retro-benevolent sexism and the great pube comeback.

Likeable Bush
The week Gwyneth Paltrow was named America’s most beautiful and most hated celebrity, she began her image-repair campaign by telling Ellen DeGeneres a very personal, slightly embarrassing story normal gals like you and me and Jennifer Lawrence can relate to: The time she scrambled to find a razor after discovering that her “‘seventies vibe” pubic hair disrupted the line of her sheer-paneled red-carpet gown. “I hope you’re not trying to bring bush back,” her brother-in-law later remarked. In addition to being creepy, he got it backwards: Gwyneth needs bush more than bush needs Gwyneth.

sundance 2022 5:32 p.m.
The Heartbreak of Leaving Behind a Best Friend Am I OK? is for our platonic long-distance loves.
celebrity couples 5:32 p.m.
Brenda Song and Macaulay Culkin Are Engaged Congrats to Hollywood’s most low-key couple.
power 4:45 p.m.
What to Know About Judge Ketanji Brown Jackson She reportedly ranks high on President Biden’s shortlist to replace Justice Stephen Breyer.
kimye 4:24 p.m.
Why Are We Suddenly Talking About Ray J’s Laptop? Kim Kardashian has denied Ye’s suggestion that there was a second sex tape.
power 3:22 p.m.
What We Know About the Death of Lauren Smith-Fields The family of a 23-year-old Black woman plans to sue the city of Bridgeport for failing to properly investigate her death.
and just like that 2:47 p.m.
The Triumphant Rise of … Charlotte? If And Just Like That … succeeds at nothing else, it makes good use of the franchise’s most underestimated character.
sober questioning 12:00 p.m.
Ask Ana Marie Cox (Almost) Every Question You’ve Ever Had About Sobriety The Cut’s new biweekly column is talking drinking, not drinking, and everything in between.
no please 11:30 a.m.
I Refuse to Know Any More About This Monkey The celebs are trying to make me care about their latest NFT trend. I won’t let them.
spider-couple 9:45 a.m.
A Brief History of Zendaya and Tom Holland Flirting Publicly They’ve reached the “walking with coffee mugs” stage.
hmm 9:39 a.m.
Marc Jacobs Shoppers Scored Free Bags. So They Thought. A website glitch made bags 100 percent off.
now smell this 8:00 a.m.
Thierry Mugler Changed the Perfume World Forever With his perfume Angel.
By Kathleen Hou
power Yesterday at 4:44 p.m.
The Lives They Want You to Forget Anti-choice activists try to erase the patients who need — and benefit from — abortions.
anti-vaxx Yesterday at 2:26 p.m.
Cheryl Hines Condemns Husband RFK Jr.’s Comments About the Holocaust Robert F. Kennedy Jr. brought up Anne Frank during a recent anti-vaxx rally.
couture fashion week Yesterday at 2:18 p.m.
At Couture, Embracing Hard Chic What Daniel Roseberry’s Schiaparelli collection, Maria Grazia Chiuri’s Dior, and Virginie Viard’s Chanel had in common was precision.
By Cathy Horyn
racism Yesterday at 1:41 p.m.
Bravo Fires Jennie Nguyen from The Real Housewives of Salt Lake City “We recognize we failed to take appropriate action once her offensive social media posts were brought to our attention.”
recap Yesterday at 12:29 p.m.
A Bachelor Villain and Her Garlic-Butter Shrimp Shanae takes food fights to the next level.
celebrity Yesterday at 12:07 p.m.
Pop Quiz: Do You Know Who This Man Is? Wheel of Fortune host Pat Sajak recently confessed that he had no idea.
ask a boss Yesterday at 12:00 p.m.
‘I Hate My New Job. Can I Quit Yet?’ Before you make any moves, have a straightforward conversation with your boss.
health Yesterday at 11:00 a.m.
Is the Pain All in My Head? A new treatment called pain-reprocessing therapy promises to cure chronic pain — but maybe not for everyone.
By Eleanor Cummins
celebrity Yesterday at 10:41 a.m.
John Mulaney Has Perfected the Dad Selfie And he posted a picture of Olivia Munn for the first time.
More Stories