Daniel Radcliffe is the latest to join Rihanna and Miley Cyrus in the bob club. The former Mr. Potter is sporting the stringy new look for his role as Igor in the upcoming Frankenstein movie. The wavy, shoulder-length situation was created with extensions — and when Radcliffe debuted it on the Graham Norton Show this weekend, he quickly clarified: “It’s real dead human hair.” 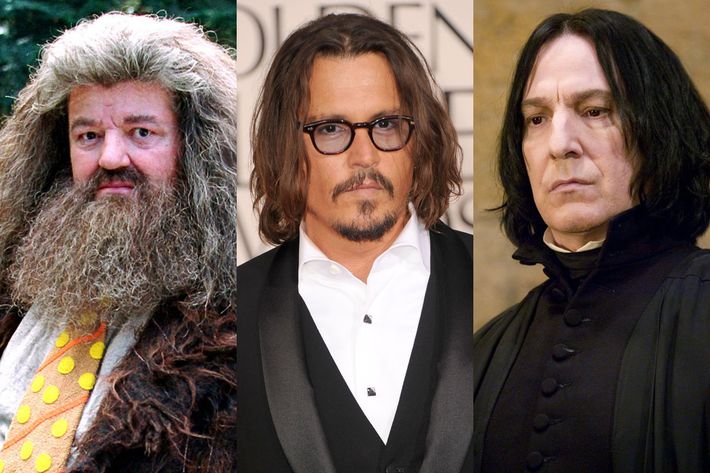 Diehard fans though we are, Radcliffe doesn’t quite pull off the style with the same oomph as Johnny Depp, who’s made that signature unwashed soccer-mom cut look hot. The effect is more Travis from Clueless meets Snape meets Hagrid: the grease of Travis, the slick parted curtains of Professor Snape, and the added unruliness and soft barn-owl hue of the Harry Potter gamekeeper. Hogwarts approved or not, we’re grading this look T for troll.