The holidays are upon us, which means newsstands are filled with publications pushing luxury goods in the form of “gift guides.” Tallying up the total cost of these guides from major magazines, the consensus is this: Magazine editors think you are rich. So rich. So. So. Rich. Yet Gallup reports that the average American expects to spend $786 on holiday gifts this year, which means they can afford about two-and-a-third of a gift from this month’s InStyle guide — never mind the 28 separate “price on request items” that Vogue recommends for all the people on your shopping list.

The Cut stubbornly tracked down unlisted price tags (when companies would share them, which was not as often as you would think) and crunched all the numbers, so click through to see the financial analysis of this year’s magazine gift guides, including the nominations for most ridiculous gifts (don’t worry, we included ourselves too). A blinged-out KitchenAid mixer! A 48-karat-gold-plated Xbox! A Virgin Galactic space-shuttle flight, available for $250,000 per seat! 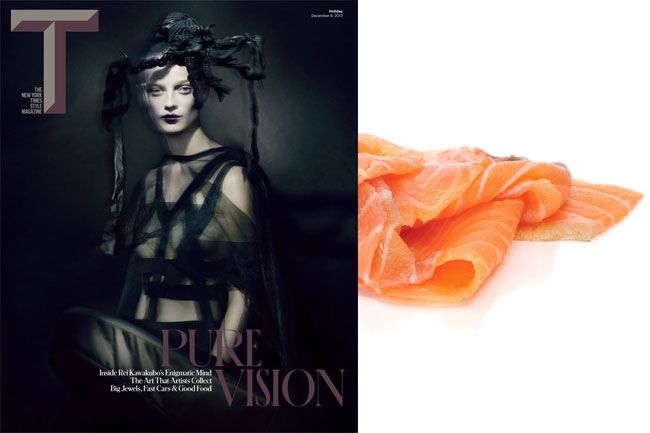 Total: $1,709,568.00* Average: 40,704.00 per gift Most Expensive: VeryFirstTo’s trip to dine at every Michelin-three-star restaurant in the world, $275,000 (includes reservations, flights, and hotels; meals not included) Cheapest: Russ & Daughters Gaspe Smoked Salmon, $38 per pound Most Ridiculous: Porsche Ice-Force driving camp in northern Finland, where “expert instructors will teach you how to master an obstacle course at temperatures as low as 30 below,” $6,500 for five days   *not including 2 items for which prices were unavailable   Photo: Shutterstock.com 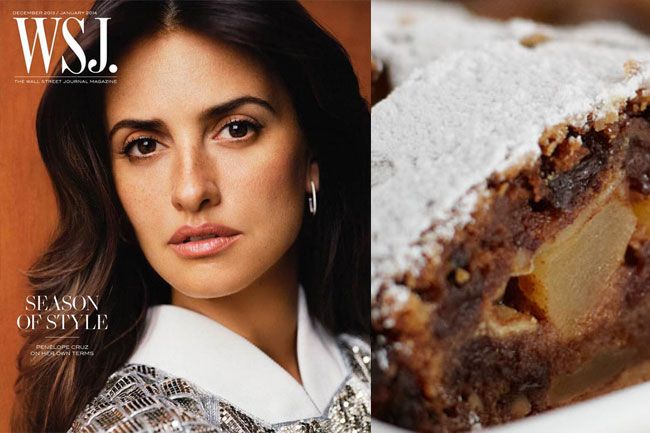 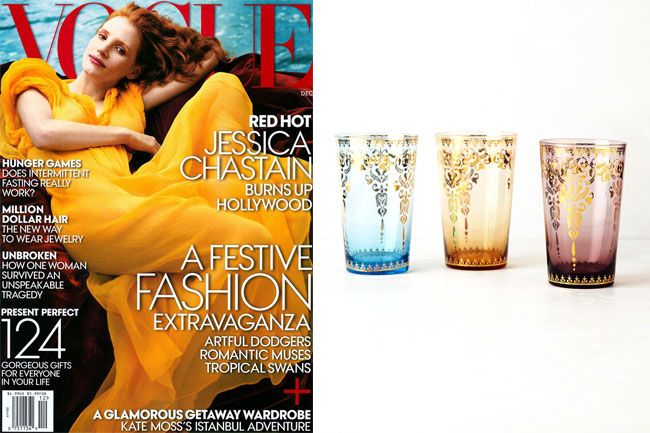 Total: $389,442.00* Average: $5,812.57 per gift Most Expensive: Virgin Galactic Suborbital Spaceflight, $250,000 Cheapest: Anthropologie Palace Trellis Glass, $12 Most Ridiculous: Jay Nelson Custom Toyota Camper, which, it turns out, is not actually for sale     *not including eleven items for which prices were unavailable 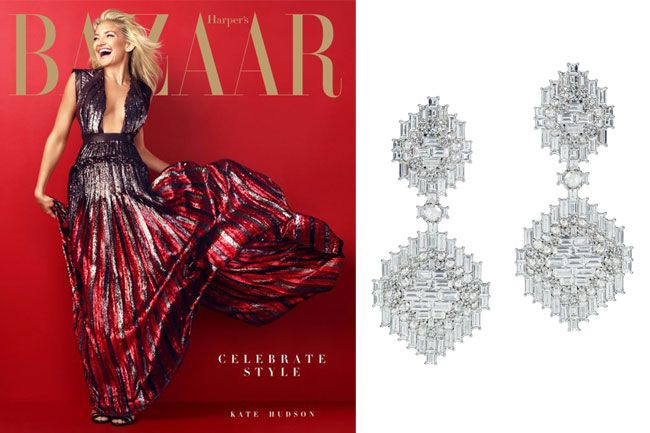 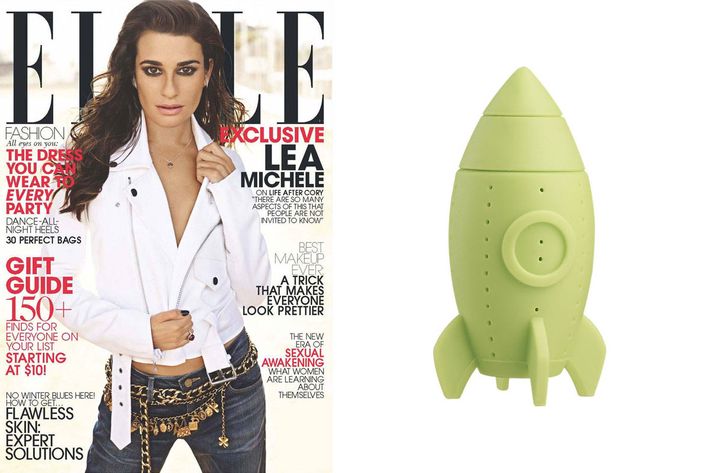 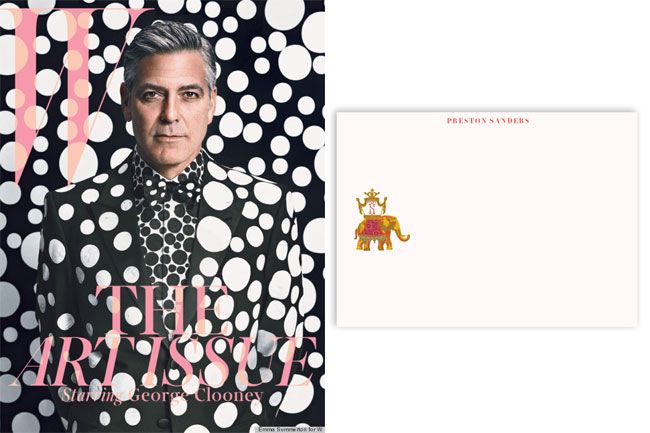 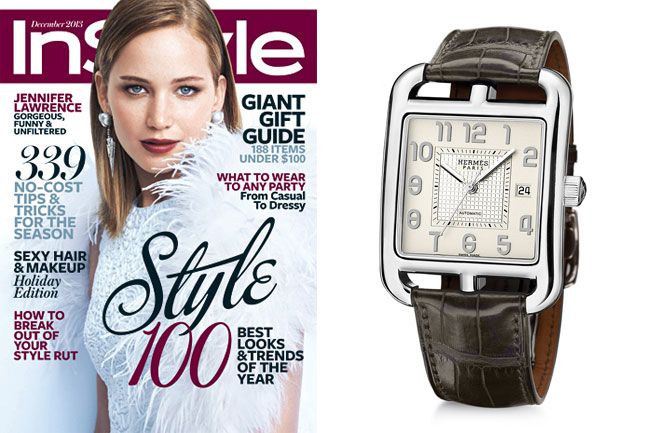 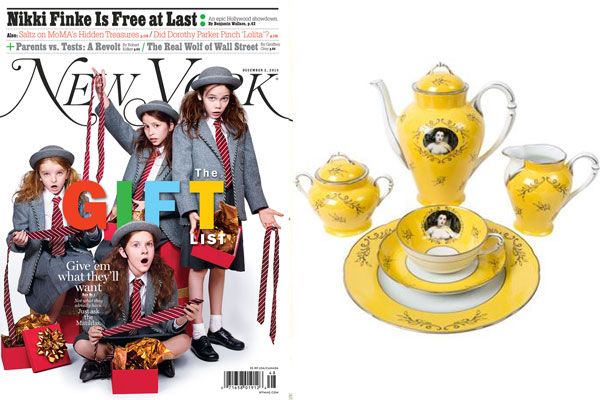 How Rich Do These Magazine Editors Think We Are?

r. kelly 5:47 p.m.
R. Kelly Denies One of His Alleged Victims Is Pregnant With His Child After identifying herself as the singer’s fiancée, Joycelyn Savage claimed she’s pregnant with his child.
rip 3:51 p.m.
Freya the Walrus Was Too Good for This World The summer icon has been euthanized by Norwegian officials.
rust 1:40 p.m.
Everything We Know About the Rust Shooting An FBI report concludes that the trigger must have been pulled.
shopping Aug. 12, 2022
The $6 Brow Product That Changed My Eyebrows It took me almost a decade to find the perfect brow product.
obits Aug. 12, 2022
Anne Heche Has Died at 53 The actor suffered severe injuries after a car crash in L.A. earlier this month.
fashion Aug. 12, 2022
Julia Fox Is Back! And she is giving us the latex looks we’ve been so thirsty for.
feminism Aug. 12, 2022
Who Actually Lost the Sex Wars? And were there any winners? A conversation with Christine Emba, Nona Willis-Aronowitz, and Lorna Bracewell.
friday sales Aug. 12, 2022
19 Things on Sale You’ll Actually Want to Buy: From Ninja to Isabel Marant Including the most effective foot peel and some Chuck 70’s for just $35.
i'd buy that Aug. 12, 2022
Drop Everything, Joan Didion’s Estate Sale Is Coming How much would you pay for a mohair throw that once graced her couch?
do i need this? Aug. 12, 2022
Do I Need Lori Harvey’s Gym Outfit? I couldn’t get with Pilates, but this I can do.
breakups Aug. 12, 2022
Michelle Branch Announces Her Separation From Black Keys’ Patrick Carney Branch was arrested for misdemeanor domestic assault shortly after the announcement.
selling sunset Aug. 12, 2022
Looks Like Jason Oppenheim Has Also Moved On Surprise: His new girlfriend isn’t an O Group agent.
celebrity Aug. 12, 2022
Kim Kardashian Bravely Takes Shot On-Camera Behold, the face of someone who’s made a huge mistake.
extremely online Aug. 12, 2022
I Can’t Shut Up About This Photo of Austin Butler’s Girlfriends Vanessa Hudgens and Kaia Gerber met each other long before they both dated Butler.
5 questions with... Aug. 12, 2022
Chanté Adams Is Redefining A League of Their Own The star hits a home run in Prime Video’s new series.
parties! Aug. 12, 2022
Beyoncé, Remi Bader, and More of the Bestest Party Pics This Week Celebrating the release of Renaissance, the launch of the Remi x Revolve collab, and more.
seeing someone Aug. 12, 2022
Help! Both Women I’m Seeing Want to Be Instagram Official You don’t have to “launch” a relationship if you don’t want to.
By Randa Sakallah
style Aug. 11, 2022
Hey Fashion Friend: How Do I Wear Fashion Cargo Pants? We provide you with 15 non-ironic pairs to go with your tiny shirts.
anne heche Aug. 11, 2022
Anne Heche in a Coma, Under DUI Investigation, Following Car Crash According to a representative, she has remained in a coma since shortly after the accident.
ugh why Aug. 11, 2022
Britney’s Lawyer Has Some Words for Kevin Federline “Britney Spears is a brilliantly talented, extremely hardworking icon … The same, unfortunately, cannot be said about Mr. Federline.”
More Stories