In Spike Jonze’s Her, a man named Theodore tumbles into deep, romantic love with his computer operating system. This love arises not from longing looks at a glowing screen but from listening to the program speak: Samantha, as she’s called, has an astoundingly seductive voice (credit to an unseen Scarlett Johansson).

While Her’s world is a mildly fantastical future, Jonze is working with familiar raw material. The computer voices that narrate our world — Apple’s Siri, GPS audio, automated phone prompts, and recorded transit announcements, for example — are most commonly female. Their helpful voices often have a slight digital edge — a hint of mechanized strangeness, like the matronly maid from The Jetsons. And like Rosie, they’re often relegated to traditionally female roles, whether functioning as a caretaker, a secretary, or a surrogate mother. Her speaks to a powerful desire for connection but it also addresses the fantasy of a perfect attendant. Robo voices are endlessly solicitious, completely subservient, and ready to adapt to their keepers. Though the robo-voice has the trappings of the future, it can deliver tones of old-fashioned gender politics. 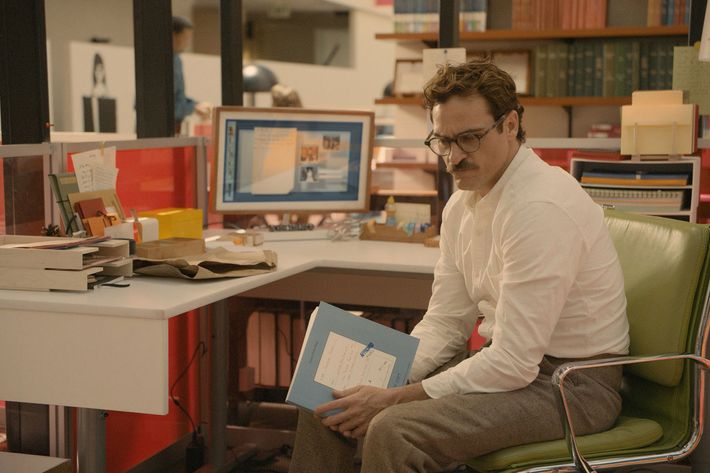 One of the earliest robot-lady voices was such a nag that pilots nick-named her Bitching Betty: She sounded the automated commands in late-seventies fighter jets. Competing theories persist regarding the initial choice to make Betty a woman, but the dominant one contends that a female voice simply stood out more clearly amid the sounds of mostly male pilots. But Bitching Betty was also maintaining convention: During WWII, women were also most commonly radio operators; with the robo voice, women were immortalized as the helpful (though harpy) assistants to the guys in charge.

The workforce has changed since the forties, but the female robo-voice has persisted. In early research for the first automated car announcements (the ones that alerted you the “door is ajar”), studies found drivers overwhelmingly preferred women. In Stanford professor Dr. Clifford Nass’s 2010 book The Man Who Lied to His Laptop, he says that through years of consulting and research based on people’s responses to computerized voices, it’s simply easier to find a female voice that most people find agreeable. Some theories indicate that it has to do with early recognition of a mother’s voice from the womb.

Whether womb-based or otherwise, there’s a prevailing association (especially in pop culture) between maternal tendencies and computerized voices. The creepy, monotonous paranoid android Mother from Alien contrasts the dreamy, congratulatory, sultry Mother, the voice of the ship in Dark Star. The slightly feminine voice of the Star Trek computer (ever communicative and calm) belongs to Majel Barrett, the wife of the show’s creator Gene Roddenberry. Synergy is a classic fairy-godmother figure in the eighties cartoon Jem. There’s also a precursor to the GPS voice from one of the most notorious worst TV shows ever made, My Mother the Car, from the mid-sixties. We first meet Her’s Samantha in motherly terms: setup procedure for the OS asks Theodore to describe his relationship to his mother.

Such connotations are charged, which could help explain why gender is a crucial choice for the purveyors of digital voices. Before Apple purchased the program, Siri was originally a “gender neutral,” digitized voice. But when Apple introduced the vocal assistant, in five of the seven countries (all but the U.K. and France), the 4S voice was distinctly feminine. In Germany in 2010, BMWs were recalled so that the GPSes could be replaced; male German drivers simply would not take directions from a female voice. But mostly, GPS girls are adored. Australian Karen, the nickname for the Australian-accented voice in Garmin and TomTom, systems has a devoted following. She keeps a popular blog and People named her one of the most intriguing people of 2010.

The realm of transit is prime territory for the robo-voice. The cultishly beloved Iris Lettieri, who delivers flight announcements at the Rio airport, sounds so powerfully alluring that she’s rumored to have distracted a group of Japanese businessmen into the Duty Free and caused them to miss their flights. The females of the auditory infrastructure are selected for sounding happy, helpful, and appealing —qualities often expected of women but not necessarily men. Carolyn Hopkins, along with Jack Fox, makes the announcements at 110 airports, including JFK, LAW, O’Hare, all 26 buildings at the Capitol, Kennedy Space Center, as well as the MTA. In a profile about Hopkins, she confessed during recording that she was asked to sound like a “very happy smiling voice,” while Fox was told to be “friendly yet authoritative.” 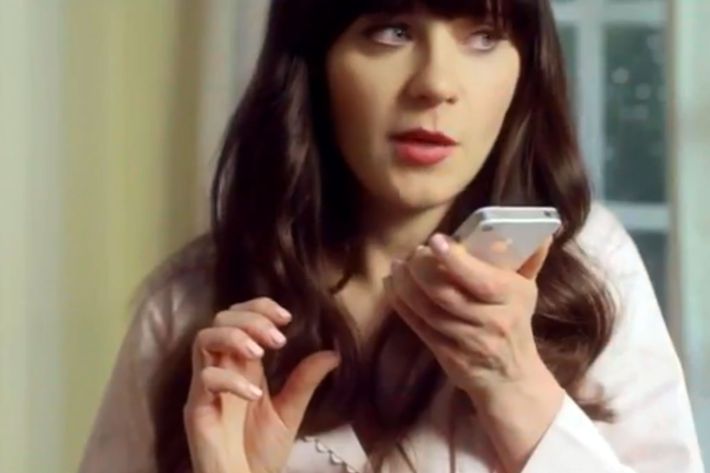 Much of Dr. Nass’s work looks at how humans, without much prompting at all, “tend to establish really rich and long-lasting and complex relationships with our computers and any technology that talks or seems to even hint at the slightest bit of intelligence” — even without Scarlett Johansson’s smoky voice. These voices become part of the social sphere of people who use them and none more so than Apple’s Siri. Since she launched October 4, 2011, Apple has advertised her as a best friend. She even tells jokes. And users are particularly fond of teasing her — as if she were the object of a playground crush. And there have been soppy, devoted accounts of people falling in love with such women: a man sleeping in his car each night to be close to his GPS voice; another man spending $49,000 to create a robot girlfriend, capable of speaking 13,000 sentences in Japanese and English. In a New York Times article, Bruce Feiler proclaimed his love for his servile GPS woman:

Unlike my wife, my GPS voice is completely subservient. She gives me something I want and doesn’t ask anything in return. All I have to do is plug her in every now and then and she’s happy. Our relationship is all about me.

Samantha, of course, is better than any of these robo voices — she’s constantly developing, adapting specifically to suit Theodore and his needs. Though Jonze is sensitive and even witty in his treatment of gender, his heroine ultimately exists to help. (N.B. Jonze provides a surprising twist to this framework in his conclusion.) Across the soundboard, female robo-voices — both in Her as well as with Siri, GPS voices, phone prompters, and transit announcers — are fulfilling needs. They’re planning, organizing, traffic managing, and directing your call. They’re secondary, intended to support someone else’s story. Perhaps they’re a digital version of film’s oft-reviled manic pixies: mechanical, programmed dream girls.