Welcome to January, arguably the worst month of the year. The holidays are over, the weather is terrible, and we all lie to ourselves about the healthy changes we’re going to make. My perennial fantasy is: I’m going to finally lose these last goddamned eight pounds.

But this year, I was determined to make it happen. (Ha! No, seriously.) I just started the painful process of cutting out excess sugar, and have been intrigued by the so-called natural weight-loss supplements on the market.

I turned to The Natural Fat Loss Pharmacy by Dr. Harry Preuss, a medical professor at Georgetown University and a fellow of the American College of Nutrition, as a jumping-off point. Dr. Preuss told me that supplements just act as the icing (mmm, icing) on the weight-loss cake and are meant to enhance what you’re already doing with diet and exercise. Don’t expect a miracle in a pill, he cautions, and don’t believe everything a supplement company tells you.

And I’ve said this before (when I tried out “natural” sleep-aids), but it bears repeating: Natural does not mean safe. As a matter of fact, natural means absolutely nothing. The FDA does not recognize the designation “natural,” nor do they regulate supplements. You take this stuff at your own risk. According to a New York Times article published last month, dietary supplements account for about 20 percent of liver damage cases seen in hospitals. (Drugs of any type are generally processed through your liver.) That number is up from 7 percent in the last ten years. So do your research and don’t take anything without your doctor’s approval and supervision, especially if you are on other medications or have any medical conditions.

With safety in mind, I bought supplements from reputable stores (GNC, Vitamin Shoppe, and Whole Foods) and tried each supplement for five to seven days. The goal of this trial was to get a sense of how each one made me feel, and to see if they yielded any side effects — I was not expecting miraculous results. Ideally, one would use a consistent regimen of several supplements that have differing mechanisms of action. For example, Dr. Preuss recommends an appetite suppressant plus a thermogenic (a.k.a. fat-burning) supplement to maximize potential results.

Some other caveats and limitations of my “experiment:”

• I chose to do this over the holidays, starting the week of Thanksgiving. My family’s food traditions involve something called the “bacon bun.” So — spoiler alert — my weight loss was pretty much nil.

• I tried some compounds that weren’t in Preuss’s book, which was published in 2007, because I wanted to try newer, buzzier supplements as well as more well-known ones.

• I veer into TMI territory. Some of these supplements affect your gastrointestinal system in, erm, interesting ways.

Click through the slideshow for the seven I tried.

The Guide to Living Life Unscented 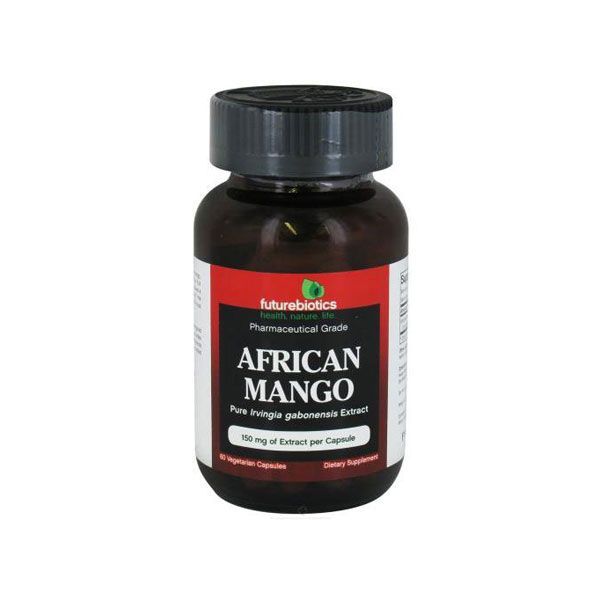 How It Works: The seed extract of the African Mango, also called Irvingia gabonesis, is the active ingredient. It supposedly decreases fat-cell growth and lowers cholesterol, probably because of its high fiber content. Science Says: A few studies have shown that African mango seed extract use can result in mild weight and fat loss in humans. Potential Side Effects: Reported side effects include headaches, sleep problems, and flatulence. My Experience: I took 150 milligrams twice a day, which seems to be the standard dose. It made me constipated, which is the opposite of what something with a lot of fiber normally does. (Or maybe it was just all the stuffing I ate on Thanksgiving.) The evidence seems to suggest that African mango seed extract may work, but I obviously picked a terrible time of the year to start this project. 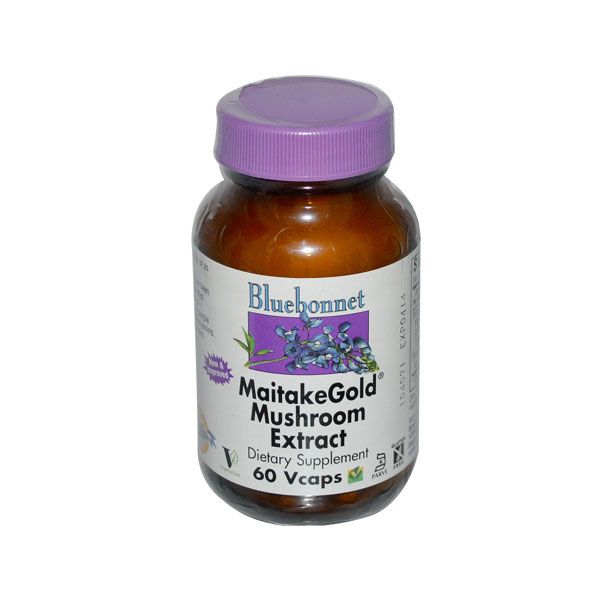 How It Works: Maitake mushroom, also called hen of the woods mushroom, contains a protein called beta-glucan that supposedly can help prevent certain cancers, help fight obesity, support the immune system, and improve high blood pressure and diabetes. It’s been used in traditional Asian medicine for centuries.   Science Says: While animal studies on all of the above purported benefits are promising, scientists aren’t entirely convinced it’s effective.   Potential Side Effects:  It can affect blood sugar levels.   My Experience: I went with this wild card supplement because I love the idea of taking something that’s been used for thousands of years, and I also liked the idea of an immune-system boost along with some weight-loss benefit. I took one capsule a day (100 milligrams) and experienced no side effects. The capsule has a musty aftertaste, but was generally benign. 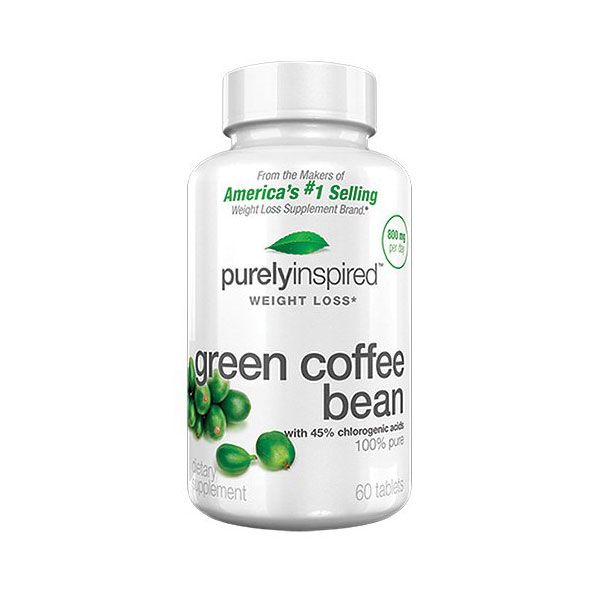 How It Works: Thanks once again to the great and powerful (Dr.) Oz, green coffee-bean extract is the latest buzzy diet supplement, kicking green tea out of the spotlight. The extract, which contains an antioxidant called chlorogenic acid, comes from raw, unroasted coffee beans. It supposedly reduces the absorption of fat and glucose and can improve metabolic function. It also contains caffeine, which aids in mild weight-loss activity.   Science Says: While there are a few studies showing modest weight loss, for the most part, scientists are not impressed. A mouse study showed no benefit — in fact, the mice that took the supplement became pre-diabetic.   Potential Side Effects: Mainly caffeine-related side effects, like insomnia, restlessness, upset stomach, nausea, vomiting, headaches, and anxiety.   My Experience: I took 400 milligrams twice a day before meals. After the first four doses, I had horrid stomach pain and felt burning about fifteen minutes after I took the pills. I didn’t bother taking more after that. It’s not worth burning a hole in my stomach lining. (Plus, I already drink way too much coffee and was worried about OD’ing on caffeine.) 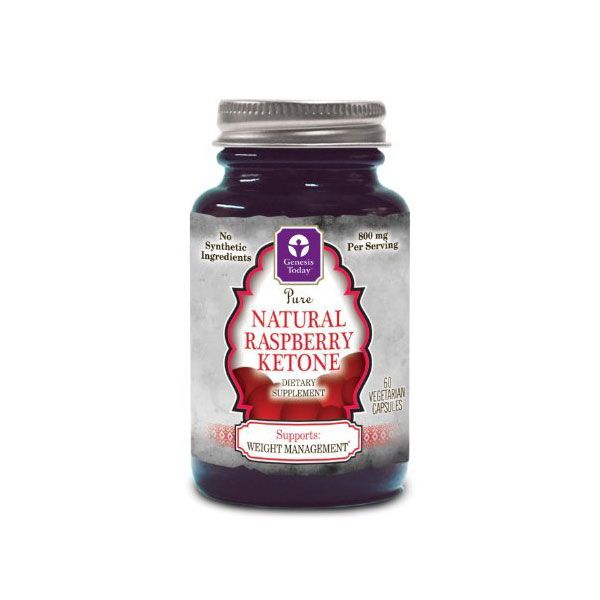 How It Works: When Dr. Oz started plugging this supplement in 2012, it took off. Raspberry ketone is the compound that gives the fruit its signature smell. The ketone supposedly works by stimulating adiponectin (a hormone that helps to keep fat from accumulating) and also by stimulating fat breakdown. Science Says: Rats fed a high-fat diet and raspberry ketone gained 13 percent less body weight than the group that ate the fatty foods and did not have raspberry ketone. There’s been at least one human study, but it combined raspberry ketone with five other supplements. The group on supplements had significantly lower body weight measurements, but it’s unclear how much the ketone contributed. Potential Side Effects: The chemical composition of raspberry ketone is similar to a stimulant called synephrine, which can cause the jitters, high blood pressure, and heart palpitations. My Experience: This supplement tastes delicious — you get a delightful fruity essence upon swallowing it. I think it made me a little burpy, though, but yum! Raspberries! The first day I took it, I was running around doing things and forgot to eat lunch. I felt a bit hyper on days two and three, sort of like when you take old-school Sudafed. While it’s not supposed to affect your appetite, I definitely felt less hungry. I lost a pound after six days, but I should also note that I was eating like a monk and working out everyday to try to make up for all the stuffing I ate on Thanksgiving. I took 800 milligrams twice a day, as per the bottle. There are no consistent recommendations for dosing, but 600 milligrams twice a day before breakfast and dinner seems to be common. 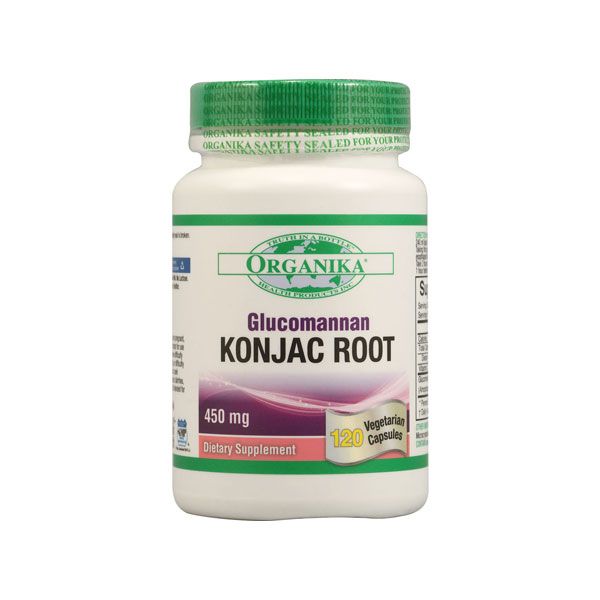 How It Works: Another Dr. Oz favorite, Glucomannan is a fiber derived from the Asian konjac plant. It acts by creating a physical feeling of fullness, and also causes “fecal energy loss.” (I’m assuming this means a lot of pooping.)  Science Says: Scientists have been studying the effects of glucomannan since the eighties. It appears to be helpful in promoting weight loss and even lowering cholesterol. Potential Side Effects: Glucomannan can swell up to seventeen times its original volume. Hello, gas and bloating. It can also potentially affect blood sugar, so it’s not recommended if you have diabetes. My Experience: I decided to start slow with this one. The bottle recommended three enormous pills (total of 1.5 milligrams) before each meal. I started with two pills just once, worked up to three pills once, then took three pills twice a day. I never got up to a full nine pills a day because I felt absolutely disgusting taking them. My belly was quite close to seventeen times its original size, but I did not experience excessive fecal energy loss, thank god. It definitely made me eat less, but at the cost of my favorite jeans being downright uncomfortable to wear. 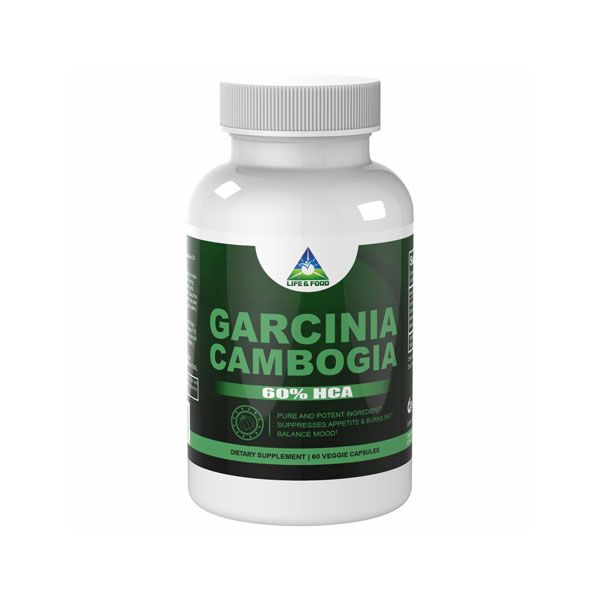 How It Works: While the names are often used interchangeably, hydroxycitric acid is a chemical found in Garcinia combogia, a tropical plant also known as the Malabar tamarind. It supposedly affects your metabolism, though studies don’t necessarily agree about the mechanism of action. It also potentially decreases appetite and decreases fat storage.   Science Says: Study results are mixed, though in general, there seems to be some modest weight-loss benefit in humans. Dr. Preuss is a huge fan and has seen good results with Garcinia.   Potential Side Effects: Nausea, gastrointestinal discomfort, and headaches.   My Experience: Dosing recommendations vary wildly. I took a formulation of 1,000 milligrams before meals. I had some mild decreases in appetite — for example, I’m normally starving after a workout, but I wasn’t nearly as ravenous. I didn’t experience any noticeable side effects. 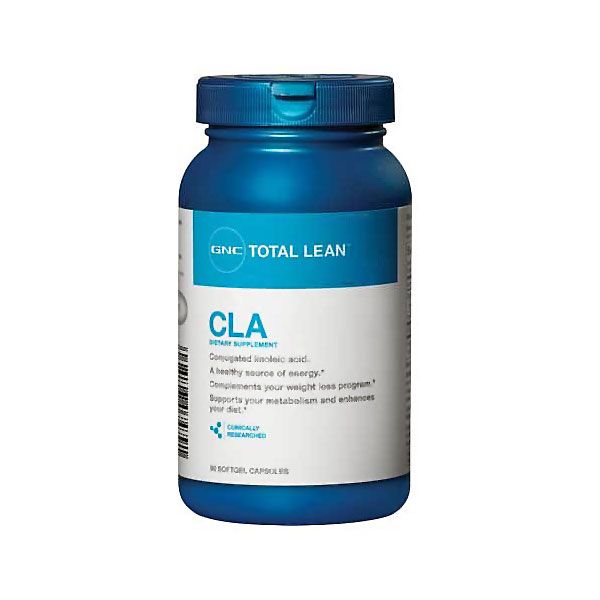 How It Works: It’s an essential fatty acid generally found in dairy products and beef. It acts as an antioxidant to decrease fat storage and change body composition. The mechanism of action is unclear.   Science Says: CLA has been studied for a variety of disorders. It may help in decreasing fat, and even fighting cancer and strengthening the immune system. But some studies have been inconclusive or poorly structured. To see the same effects as the studies, you can’t get the amount you need from diet alone — you have to take supplements.   Potential Side Effects: According to The Natural Fat Loss Pharmacy, digestive problems occur in some people. You can stop for a few days and try again, but if they recur, you probably won’t be able to tolerate CLA for the long term. It’s also been reported to cause fatigue.   My Experience: I took 2gm twice a day of these oil-filled (derived from safflower oil, not beef drippings—phew) capsules. I was sort of nonplussed to see that each dose contained 25 calories and 2.5gm of fat. The daily dose of CLA is the equivalent of two Hershey’s kisses, which I love and crave. (I normally keep a bag in my freezer. RIP, freezer Hershey’s kisses.) I think I am one of the people who can’t tolerate CLA. After two days and horrible cramping, I quit taking it.

The Most Dangerous Beauty Through the Ages