Fresh off the heels of her basically bare-breasted spin in the Marc Jacobs show last week, Kendall Jenner has popped up in London — this time by the side of Anna Wintour. At the Topshop Unique show yesterday, Jenner and Wintour sat sandwiched together next to Sir Philip Green and the sisters Moss.

Of course, the Jenner-Wintour seating arrangement incited even more talk of Kim Kardashian’s carefully plotted campaign for the  rumored Vogue cover, and caused the Daily Mail to wonder whether “Kendall’s new budding friendship with Anna could make her the envy of big sister Kim.”

We can only dream about the conversation that transpired between Wintour and Jenner as they waited for the show to begin:

Jenner: “Oh, hiiii Mrs. Wintour. Thank you SO much for letting me take those fake-selfies on the Vogue Instagram account the other day! I’m really such a fan of your magazine!” 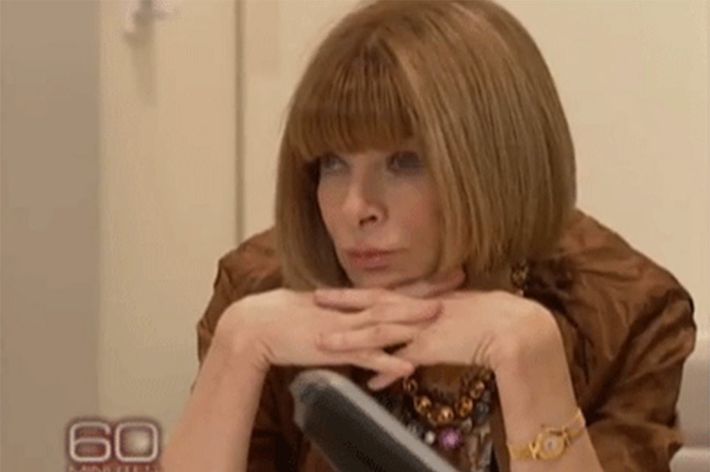