Some of Bill Cunningham’s glorious photographs will be on view at the New York Historical Society starting March 14. But all the street-style stars planning a trip to the museum to see if they made it onto the wall should know that the 88 works on display will focus solely on his Facades project from the 1970s.

For an eight-year period from 1968 to 1976, Cunningham collected 500 outfits and photographed them in more than 1,800 New York locations using the late Editta Sherman as his model. The result was an exploration into the beauty and blight of New York in that era (in one famous shot, he photographed Sherman dressed in Victorian garb, sitting on a graffitied subway).

We’re guessing the lines for this one will be Costume Institute–sized, so maybe start planning your outfit now — because, after all: 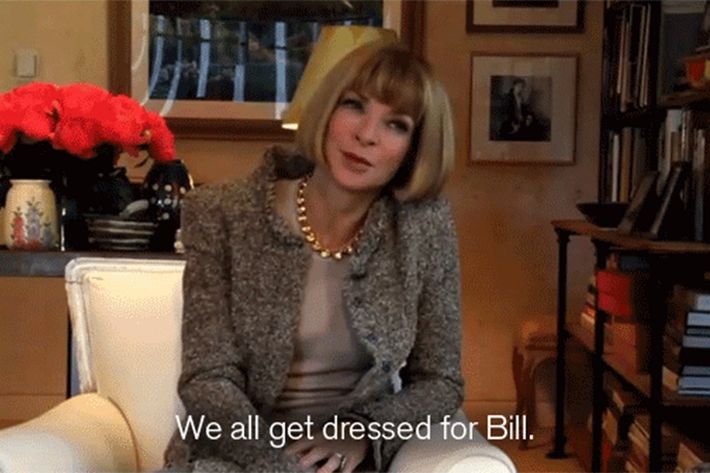