The last day of New York Fashion Week kicked off with strong-shouldered power-suits in white and cool gray at Ralph Lauren. Then came J. Mendel and Calvin Klein, with their breakdown of ‘90s minimalism, followed by threeASFOUR, which presented a futuristic collection heavy on crisp winter whites. But it was at Marc Jacobs where the trend of space-age futurism was sealed. Click on to see all of our favorites from the last day of NYFW.

It was unclear whether it was a utopia or dystopia that Marc Jacobs conveyed — a creepy, spoken-word soundtrack by Jessica Lange signalled the latter — but the clothes itself were a warm and inviting collection of modish, simplified separates in neutral tones that hinted to life on some distant space station.

Calvin Klein presented a collection that riffed on many themes of the ‘90s (other than the brand’s traditional minimalism). Black combat boots with white contrast laces gave way to ladylike shapes, but the runway was dominated by grungy textures of matted mohair and raw-bouclé tweed. 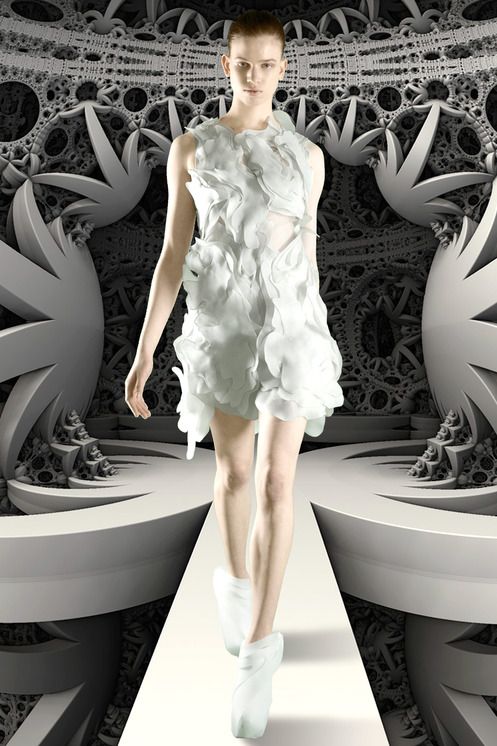 ThreeASFOUR did not disappoint with a spacey futuristic collection of all-white looks. Our favorites were the mille-feuille white organza dresses in stranges shapes that gave off an unusual cloud-like effect. 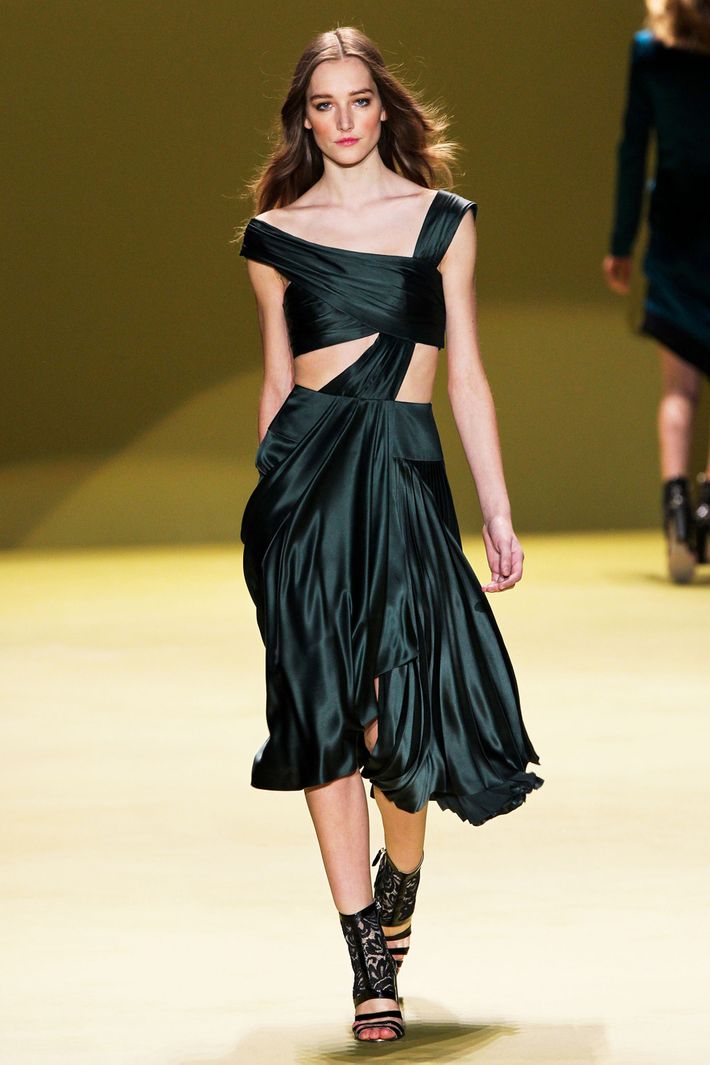 Gilles Mendel of J. Mendel is known for his fur and evening gowns  and on Thursday he presented a collection of maroons, deep greens, and grays. Our favorite was a dripping, hunter-green charmeuse dress draped in an unusual way around the bodice.

Ralph Lauren was a wash of pale neutrals, offset with mauves and pinks. The first looks were reminiscent of early ‘80s power-dressing, and made all the more improbable and luxurious in winter white.

action item 11:45 a.m.
How to Help Those Impacted by Hurricane Ian As of Friday, nearly 2 million people in Florida were still without power.
always shopping 11:30 a.m.
15 Classic Wool Coats Under $400 Because it’s getting cold out there.
By Andrew Nguyen, Devine Blacksher, and Bianca Nieves
health 11:00 a.m.
The Myth of Adrenal Fatigue The “condition” touted by the wellness industrial complex could explain everything you’re feeling — if only it were real.
By Annaliese Griffin
holiday gifts 10:30 a.m.
35 Gifts for Literally Any Man in Your Life Foolproof options, whatever the occasion.
By Andrew Nguyen and Chinea Rodriguez
celebrity 10:10 a.m.
Sounds Like Hailey Bieber and Selena Gomez Are at Peace On a new episode of Call Her Daddy, Bieber denied the rumors that she and Gomez are feuding after she “stole” Justin Bieber.
how i get it done 10:00 a.m.
How Hanifa Designer Anifa Mvuemba Gets It Done During Fashion Week “My team knows when I’m in New York it’s for work, but it’s also me enjoying myself.”
By Asia Milia Ware
extremely online 10:00 a.m.
I Can’t Shut Up About Kim Trying to Walk in This Dress There is something deliciously humbling about watching a full-blown adult bunny-hop up some stairs.
keeping up with the kardashians 10:00 a.m.
Khloé Says She Turned Down Tristan’s First Marriage Proposal Though reports say they may have been secretly engaged when his paternity scandal broke.
seeing someone 8:00 a.m.
Why Are All Men Trash? This attitude is probably not going to help you find love.
By Randa Sakallah
fashion 7:05 a.m.
The Next Met Theme Will Be Karl Lagerfeld’s Six-Decade Career “Karl Lagerfeld: A Line of Beauty” will explore his stylistic language as it was expressed in drawings and realized in clothing he created.
¡hola papi! 6:00 a.m.
Hola Papi: ‘Nothing Is Going Right For Me’ “In living a life, there are bound to be many, many mistakes. Maybe mistakes isn’t even the right word for our trials and errors. They are steps.”
By J.P. Brammer
pfw spring 2023 Yesterday at 5:14 p.m.
The Best Street Style at Paris Fashion Week See our favorite looks from outside the shows, from Crocs to head-to-toe Dior.
By Olivia Luppino
student loans Yesterday at 4:25 p.m.
How to Get Your Student Debt Canceled Applications for student-debt cancellation should be available in early October. The sooner you file, the better.
culture Yesterday at 4:20 p.m.
Did Olivia Wilde Just Make Jordan Peterson Cry? Don’t worry, incels — Peterson’s got your back.
obsessive tester Yesterday at 2:51 p.m.
27 Best-Smelling, Bubbliest, Most Soothing Bath Products According to someone who takes two baths a day.
By Jane Larkworthy, Erica Smith, and Kathleen Hou
style Yesterday at 1:55 p.m.
Hey Fashion Friend: How Do I Dress for the Weather Right Now? Try a short-sleeved mock neck before a turtleneck.
By Emilia Petrarca
holiday gifts Yesterday at 1:39 p.m.
31 Gifts for a Bunch of Super-Specific Life Phases From the friend posting their sonogram to the sibling stumbling through their Saturn return.
By Erica Smith and Chinea Rodriguez
oh no no no Yesterday at 1:27 p.m.
Drew Barrymore’s Pizza Salad Is an Abomination People are having very strong reactions to her latest TikTok.
pfw spring 2023 Yesterday at 1:22 p.m.
The Row: An Antidote to Too-Muchness in Paris Plus, Cher headlines the Balmain festival.
By Cathy Horyn
society pages Yesterday at 1:01 p.m.
Beyoncé and Ms. Tina Cheered on Solange at the Ballet Last Night Inside the tenth anniversary of the Fall Fashion Gala.
By Emilia Petrarca
More Stories