Diane von Furstenberg, Tory Burch, and Opening Ceremony notwithstanding, the fashion world isn’t convinced that wearable technology is actually wearable. But that’s not stopping Silicon Valley’s Gore-Tex-clad tech-entrepreneur class from thinking up new ways to connect smartphones to clothing and new functions for sporty silicone bracelets. Here are some of the most talked-about wearables in the wake of last week’s South by Southwest Interactive Festival; high-end fashion collaborations pending.

The Bracelet That Knows Who You Are
Nymi
Projected usefulness: 5/10
A finalist at SXSW’s wearable-tech accelerator, Bionym’s Nymi bracelet makes a PIN out of your unique heartbeat and syncs up your smartphone and computer (and maybe one day your appliances and bank account). As long as you’re wearing the bracelet, you won’t have to enter any passwords, saving you seconds each day.

The Helmet That Knows Where You Are
Skully
Projected usefulness: 9/10
Skully won the wearable-tech award at SXSW for incorporating augmented-reality tools like a rearview camera, GPS, and music into a voice-controlled motorcycle helmet. It’s unwieldy for non-bikers, but a lot safer than compulsively checking your phone. For that reason, I would like one for walking around Manhattan.

The Purse That Charges Your Phone
The 314 Purse
Projected usefulness: 10/10
Another accelerator finalist, Staten Island lifestyle start-up Jon Lou pitched a purse that uses “MIT fuel cell technology” to charge a cell phone 15 times. The prototype looks handsome, but still, you have to hope they get acquired by Hermès.

The Jacket That Charges Your Phone
Wearable Solar
Projected usefulness: 8/10
This line from Dutch designer Pauline van Dongen has built-in solar cell fins that can get your phone halfway charged after an hour of sun exposure. Her designs look like something a hot Disney villain would wear — the only downside is you have to go outside.

The Suit With Wi-Fi
BB.Suit
Projected usefulness: 5/10
Fellow Netherlander Borre Akkersdijk walked around SXSW wearing the prototype for his BB.Suit, a quilted jumpsuit knit with copper threads to connect internet, GPS, and a music-sharing program. It looks like a rag & bone sweatshirt and doubles as a Wi-Fi hot spot for smartphones in the vicinity — a conversation piece that ends an IRL conversation. 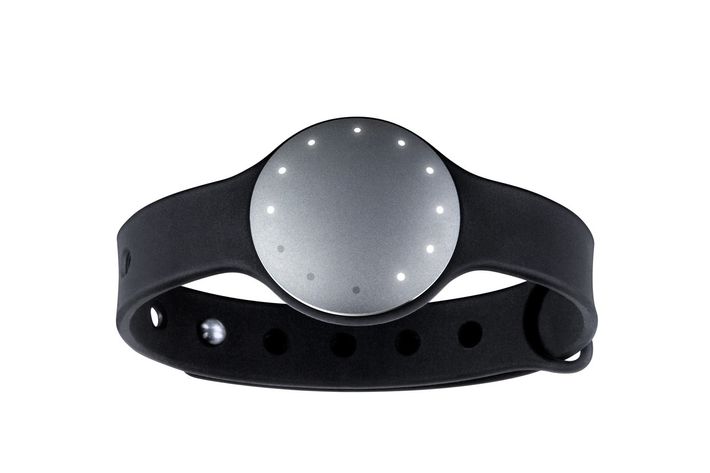 The Wear-Anywhere Activity Tracker
Shine
Projected usefulness: 6/10
With wrist real estate at a premium, the next generation of wearable tech will probably look more like Misfit’s Shine, which was given away by the hundreds at SXSW. Sleek and disk-shaped, the half-dollar-sized activity tracker doesn’t look like a medical device when it’s hung on a necklace or clipped to a lapel — making it ideal for the kind of person who doesn’t change into sneakers to walk home. Unlike other kinds of shine, you can’t just glom your friend’s.

The Dress That’s Disposable
Subway Promoters
Usefulness: 6/10
The technology that irrevocably disrupted the cloth-napkin industry becomes “alternative-material couture” in the hands of sandwich chain Subway. It’s like a lobster bib but with better décolletage. Designer Jennifer Henry, a.k.a. FlockFlockFlock, made it work on social media.

The Maybe-Wearable Tech of South by Southwest

gone sale-ing 8:06 a.m.
The 29 Best Cyber Monday Beauty Deals Tatcha, Sephora, and Nordstrom are already offering some great discounts.
how i get it done 7:01 a.m.
Aurora James Is Too Busy For This Interview The Brother Vellies designer talks 80-hour workweeks, supporting Black entrepreneurs, and wearing Issey Miyake to the gym.
astrology Yesterday at 8:30 p.m.
Madame Clairevoyant: Horoscopes for the Week of November 28 Jupiter retrograde is ending, so you can put the rose-colored glasses back on.
By Claire Comstock-Gay
sex diaries Yesterday at 8:00 p.m.
The Divorced Lawyer Who Loves Getting Ready for Dates This week’s sex diary.
snacks Nov. 25, 2022
I Can’t Shut Up About Spam Figgy Pudding It’s so wrong, and yet so right.
gone sale-ing Nov. 25, 2022
25 Black Friday Lifestyle Deals to Make Your Humble Abode a Little Less Humble It’s all in the details.
black friday Nov. 25, 2022
22 Best Black Friday Fashion Deals From Everlane, Nordstrom, Saks, and more.
culture Nov. 25, 2022
Rebranding Midlife Celebrities like Naomi Watts, Stacy London, and Judy Greer are determined to make a business out of menopause.
gone sale-ing Nov. 25, 2022
36 Amazon Gift Ideas That Are Also On Sale For Black Friday Kill two bird with one stone.
5 questions with... Nov. 25, 2022
For Quentin Plair, Stripping Wasn’t Always on the Menu But the Welcome to Chippendales star’s confidence was renewed after playing an exotic dancer on TV.
5 questions with... Nov. 25, 2022
How Amanda Gorman Fostered Her Confidence It didn’t always come naturally, but the poet built it with affirmations from her mom and using her imagery as activism.
¡hola papi! Nov. 25, 2022
‘I Lost My Creative Spark’ Don’t think about the book you haven’t written or the drawing you haven’t sketched out. Think about what role you want art to play in your daily life.
By J.P. Brammer
star material Nov. 24, 2022
A Handy Guide to Astrology’s Black Moon Lilith Lots of mystery and intrigue with this one.
5 questions with... Nov. 24, 2022
Pauline Chalamet Shares Her Most Embarrassing College Story Live lobsters were involved.
my two cents Nov. 24, 2022
How to Buy the Best Gifts With Less Money and Time It’s simple: Ask people what they want.
By Charlotte Cowles
celebrity Nov. 23, 2022
Pete Davidson and Emily Ratajkowski Hit a New Relationship Milestone The rumored couple reportedly celebrated Friendsgiving together.
chaos Nov. 23, 2022
Taylor Swift’s Ticketmaster Disaster Is Going to the Senate Congress will hold a hearing on competition in the ticketing industry.
ch-ch-changes Nov. 23, 2022
Alessandro Michele Confirmed Out at Gucci The creative director, who transformed the brand into a more playful, quirky, and gender-fluid version of itself, is exiting after almost eight years.
style Nov. 23, 2022
Is it a Crime to Go to the Met Gala? If you’re a sitting U.S. representative, the answer might be yes.
holiday gifts Nov. 23, 2022
These Nordstrom Black Friday Deals Should Be on Your Gifting Radar At every price point.
More Stories