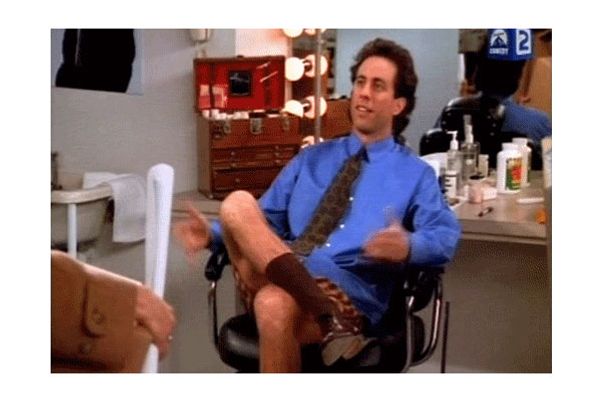 Within a week, normcore had been declared a meme. It had been rendered as a pie chart. It had been politicized: Sarah Palin told Sean Hannity she was concerned that Obama’s “mom jeans” might make him look weak, leading Gawker’s Max Read to wonder if this meant that Obama might be “too normcore to defeat Putin.” GQ’s Luke Zaleski bestowed a new title upon our president: “Commander-in-Chief and #Normcore practitioner Barack Obama.”

Normcore went abroad. In Canada, reporters were split as to whether normcore implicated the love and light or the anger and dark in human nature. Graham Slaughter at the Toronto Star wrote that “aside from the clothes, it’s about human connection“; Laura deCarufel at Elle Canada, meanwhile, concluded that “fear is the undisclosed lifeblood of a hipster.” The Telegraph’s Ellie Pithers listed the top five British normcore icons (the Obamas and Seinfelds of their land), while French Slate had this to say: “Le normcore: plus hipster que les plus hipsters, soyez fou: soyez normal.” All I know is that “fou” is “crazy” and “hipster” is “hipster,” but you can pretty much piece together the rest.

Jerry Seinfeld was the man of the hour for normcore, appearing in images for over a dozen articles on the subject (his wife was amused). Steve Jobs — mentioned in the same breath as an inspiration in the original article — only appeared in one response. But Jerry and Steve were soon joined by new normcore icons. Lindy West at Jezebel said normcore is Brian Krakow cosplay; GQ’s Jian DeLeon made an apt comparison to Doug from Doug. Jules Muir at Pigeons & Planes rounded up 11 rappers who were formerly normcore (Snoop Dogg! 2 Chainz!). Luke O’Neil at Dazed wondered if it was the fashion version of “normaling” (30 Rock); he also wrote about normcore music, which is Fleetwood Mac and Flo Rida. Diplo was down: “I’m so into normcore.” Tanlines rethought their cleaning rituals: “Vacuuming my apartment #normcore.”

As of this writing, there are 804 posts tagged “normcore” on Instagram, with one for each of the following categories: “normcorelol,” “normcore4life,” “normcore friend,” “normcorecat,” and “normcorehat.”

Gap, a traditional clothier of the normcorps, was delighted to steer customers in the right direction. Red Vines also attempted to join the party. Refinery29, Daily Dot, and the Gloss published how-tos; GQ listed ten normcore essentials for men. As Stella Bugbee predicted in an interview for Today (very normcore), the look was seen on the runways: Lucky Magazine and VFiles called Chanel’s supermarket fashion show “normcore.”

- Lauren Bans’s definitive analysis of the class and privilege implications of normcore.

- The Urban Dictionary definition for normcore from 2009: so normcore. 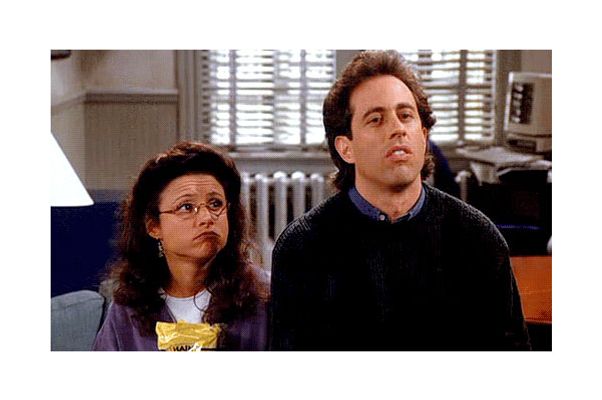 Sorry We’re Delighted We Alerted You to Normcore

"wellness" 9:11 p.m.
Of Course, Aaron Rodgers Is Going On a ‘Darkness Retreat’ It’s all part of his “era of contemplation.”
yikes 7:50 p.m.
Ashton Kutcher Purposely Chose To Pose Like That The awkward photos of Kutcher and Reese Witherspoon were all by design, apparently.
oscars 6:46 p.m.
Gina Prince-Bythewood Weighs In on the Best Actress Debate The Woman King director called out the lack of Oscar nominations for Black women.
teens 3:06 p.m.
Leonardo DiCaprio Is Not Currently Dating a Teen Why would you think that??
goodbyes 12:30 p.m.
RIP, Stripper Web For 20 years, the forum was a haven for new dancers seeking community.
ask a boss 12:00 p.m.
How to Answer ‘Why Are You Interested in This Position?’ in a Job Interview This is usually one of the first questions asked in an interview, and you shouldn’t wing your answer.
auto-refill 11:58 a.m.
The Beauty Products Beyoncé’s Makeup Artist Sir John Uses to the Last Drop Including Barbara Sturm’s Lifting Serum, Supergoop’s Unseen Sunscreen, and SkinMedica’s TNS Serum.
grammys 2023 11:21 a.m.
Jay-Z Thinks Beyoncé Deserved Album of the Year Too In a TIDAL interview, he said that Renaissance “has inspired the world.”
action item 10:35 a.m.
How to Help the People of Turkey and Syria Two powerful earthquakes have killed more than 5,200 people.
power 8:00 a.m.
Inside the ‘Rampant Culture of Sex’ at ABC News T.J. Holmes and Amy Robach weren’t the only ones — “It felt like everybody was sleeping around,” said one former GMA staffer.
By Angelina Chapin
reality tv 7:00 a.m.
Real Housewives Helped Heather Gay Actually Get Real Her new memoir, Bad Mormon, recounts how Bravo delivered her from the church.
copenhagen fashion week Yesterday at 7:04 p.m.
9 Things I Learned at Copenhagen Fashion Week Scandinavian style and its purveyors might be onto something!
power Yesterday at 2:00 p.m.
What to Know About the Protests in Iran Since Mahsa Amini’s death, Iranian forces have killed more than 500 protesters, including women and children.
is this flirting? Yesterday at 12:58 p.m.
Divorced Dad Experiments With Thirst Traps A newly retired Tom Brady is posting mirror selfies.
brooding Yesterday at 12:00 p.m.
What If You Just Didn’t Clean That Up? Our ideas about cleanliness are stuck in the mid-20th century. Today, women can afford to care less.
By Kathryn Jezer-Morton
:( Yesterday at 11:21 a.m.
Ben Affleck Plumbs New Depths of Existential Despair Not everyone had a nice time at the Grammys, but at least one man was honest about it.
hairy situations Yesterday at 11:00 a.m.
15 Ways to Convince Your Hair to Grow Faster and Longer It’s not just a waiting game.
By Erica Smith
grammys 2023 Yesterday at 9:47 a.m.
Fans Are Still Processing That Beyoncé Snub Are Grammy voters okay?
rich people stuff Yesterday at 8:00 a.m.
The Fleishman Effect In a city of Rachels and Libbys, the FX show has some New York moms worried they’re the ones in trouble.
By Caitlin Moscatello
appointment viewing Yesterday at 8:00 a.m.
The Last of Us Is the Apocalyptic Tearjerker You Won’t Want to Miss Yes, that zombie-apocalypse show The Last Of Us is actually worth the hype.
More Stories