It’s been a big month for gaps. Not only did Senate Republicans unite against legislation that would close America’s persistent gender pay gap, The Atlantic came out with the latest entry in the Gender Wage Gap: Actually Women’s Fault canon. Authors Katty Kay and Claire Shipman blame it on another “vast” but “particular crisis” separating the sexes: the Confidence Gap. “Compared with men, women don’t consider themselves as ready for promotions, they predict they’ll do worse on tests, and they generally underestimate their abilities,” they write. This is a big problem, considering success “correlates just as closely with confidence as it does with competence.” In other words: No, you’re not imagining it; there is definitely a man on the other side of the glass ceiling who is less qualified than you.

And even if we women were to acquire the self-esteem necessary to compete with overconfident men (Through daily affirmations? By attending all-girls sleep-away camp?), then we’d be hard-pressed to find a desirable husband who made more money than us. Or so dinosaur troll Phyllis Schlafly argued, in what the Washington Post is calling the “Husband Gap”. Also, Gap Kids announced collaborations with Kate Spade and Jack Spade.

In honor of all the above (and inspired by the data-minded team at FiveThirtyEight), the Cut has ranked all the gaps, from most to least troubling.

16. The Achievement Gap
Everything you really need to know about America’s race and class problems begins in kindergarten.

12. The Retirement Reality Gap
“Unfortunately, there’s something of a reality gap between what today’s workers think about retirement and what actually happens in retirement.” —U.S. News and World Report

11. The Confidence Gap
“A few years ago, in the wake of the financial crisis, the think piece du jour centered on how overconfident men were a danger to themselves and their country. Now, women are being told to ape these poisonous personality quirks for feminist life lessons. Buy these books and you, too, can become a successful blowhard.” —Amanda Hess 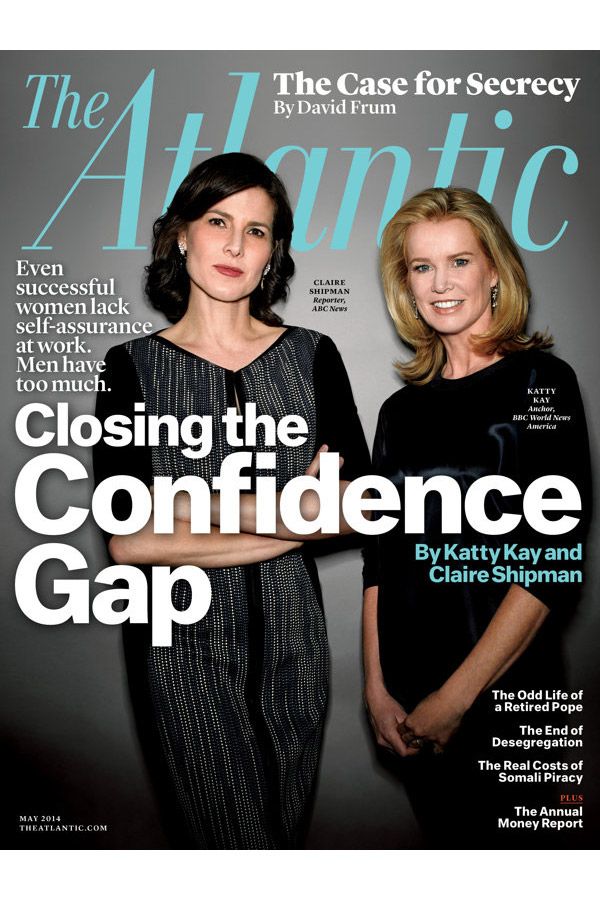 9. The Husband Gap
“Suppose the pay gap between men and women were magically eliminated. Simple arithmetic suggests that half of women would be unable to find what they regard as a suitable mate,” [because] “women typically choose a husband or boyfriend who earns more than she does.” —Phyllis Schlafly

8. The Curiosity Gap
The principle behind Upworthy’s signature headlines, which “tease you by withholding details” (and tell you which Facebook friends to unfollow).

3. The Generation Gap
Dad-chic normcore: The last nail in the coffin of generational strife?

1. Gap Year
It’s never too late to take one.

chaos 28 mins ago
Swifties Are Suing Ticketmaster Over the Eras Ticket Fiasco “Ticketmaster messed with the wrong fan base.”
reasons to love new york 8:00 a.m.
New York Attracts the World’s Most Beautiful People  The only person hotter than my doula and my barista? My mom’s doorman.
By Alyssa Shelasky
reasons to love new york 8:00 a.m.
Bossa Nova Social Club, Bushwick’s ‘Techno Cheers,’ Came Back You can’t burn down cool.
reasons to love new york 8:00 a.m.
There’s Always Room for a Few More New Yorkers Meeting asylum seekers at Port Authority.
reasons to love new york 8:00 a.m.
No Matter Where You Live, New Yorkers Can Help You Get an Abortion And we’ll pay for it, too.
alexa play 8:00 a.m.
The White Lotus Theme Song Is an Absolute Banger The only music worth listening to right now.
reasons to love new york 8:00 a.m.
How Resale Saved New York Retail Many of the most exciting and original new stores to open recently carry vintage and secondhand clothing.
By Emilia Petrarca
2022 fashion year in review 7:00 a.m.
The 32 Most Absurd Accessories of 2022 From joots to balloon shoes.
how i get it done 7:00 a.m.
How New York Times Parenting Columnist Jessica Grose Gets It Done “Raising the next generation is and should be a concern to everyone.”
astrology Yesterday at 8:30 p.m.
Madame Clairevoyant: Horoscopes for the Week of December 5 A full moon in Gemini may run amok.
By Claire Comstock-Gay
sex diaries Yesterday at 8:00 p.m.
The Vermont Woman Who Blows Off Work for a Tinder Date This week’s sex diary.
society pages Yesterday at 2:01 p.m.
Chaos Reigned at Art Basel A surge of outsize egos descended on Miami in the name of art (?) last week.
By Marlowe Granados
mom-ologues Yesterday at 10:03 a.m.
Keke Palmer Turned Her SNL Monologue Into a Pregnancy Reveal Baby, this is Keke Palmer’s baby bump.
gone sale-ing Dec. 2, 2022
10 Things You Don’t Have to Pay Full Price for This Weekend Deals from Neiman Marcus, Farfetch, Sephora and more.
art basel Dec. 2, 2022
Suchi Reddy Actually Likes Art Basel for the Art Her latest installation was inspired by the Miami clouds.
are u coming? Dec. 2, 2022
Art Basel Was Made for Madonna And I’m almost too hung-over to write this dispatch.
By Brock Colyar
5 questions with... Dec. 2, 2022
Meet the Black Woman Who Built a 15-Year-Old Fashion Business Sherri McMullen’s Oakland luxury store is one of a kind. Here’s how she did it.
art basel Dec. 2, 2022
Pharrell, Gigi Hadid, and More of the Bestest Party Pics This Week Celebrating with Fendi, Saint Laurent, and more.
uvalde Dec. 2, 2022
What We Know About the Police Response to the Uvalde Shooting A class-action lawsuit by survivors against law enforcement asks $27 billion for “indelible and forever-lasting trauma.”
celebrity couples Dec. 2, 2022
Finally, the Good Morning America Romance We Deserve Amy Robach and T.J. Holmes are now New York royalty.
More Stories