Game of Thrones continues to entrap us in a dark and twisted universe. Cersei is still being evil, Tyrion is still in prison, and, to much revulsion, desperate to secure the throne, the Widow Margaery initiated Operation Seduce-a-Prepubescent-Child-King (Tommen). But let’s all head to the Godswood and thank the old gods for the existence of Brienne of Tarth, whose noble light manages to release even the rapiest, most murderous, incestuous of as all (looking at you here, Jaime) from the shadows. Season Four has been noticeably lacking exchanges between the two, but this episode, briefly, blissfully reunites the odd couple.

Who They Are: Both Jaime and Brienne of Tarth are big, blonde, and good with a sword, but they could not be more different. Where one-handed faded golden boy Jaime  Lannister is complex, tortured, and evil-leaning, Brienne of Tarth is simple, noble,  and — much like a direwolf — wants only to dutifully serve. Fate (Season Three) brought them together unexpectedly.

Why They Rule: When Jaime rescued Brienne from that bear-fighting pit in Season Four and led her to King’s Landing, he had no idea he was leading her into another one (except in the capitol her outfits are somehow worse and Cersei is even more formidable than a feral bear). But he’d be damned (if he isn’t already) before he’d let Brienne continue to suffer the pains of having to curtsy and wear culottes anymore. Brienne and Jaime were adversaries that became genuine ride-or-die friends, who continue to save each other’s lives again and again. Not only that, Brienne makes Jaime a better man and Jaime gets that Brienne just needs to hop on a horse and save something. Whether it be platonic or otherwise, their true love blossoms from the shit pile that is King’s Landing. 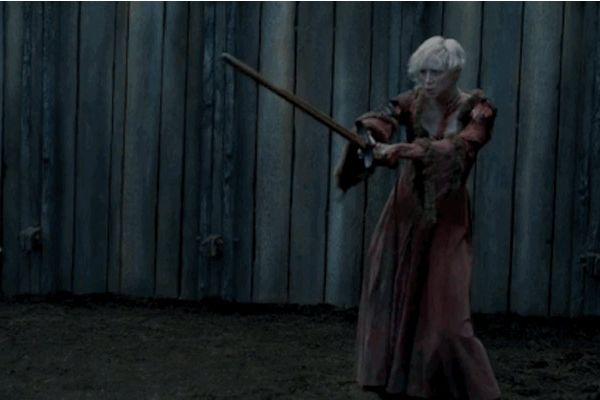 Best Couple Moment: Jaime gives Brienne the things she loves most — a sword, some shiny bespoke armor, and a noble mission to save go off and save Sansa Stark. He returns Brienne to her natural habitat — out there fighting on behalf of the Starks — while at the same time betrays Cersei and sets himself free from the shackles of incest. (He also assigns her Pod as a squire, thereby giving us the makings of a fantastic GoT buddy-comedy side plot.) When he asked her what she wanted to name her sword, she might have said “Oathkeeper,” but you know in her mind she named it “Ser Jaime Lannister.” 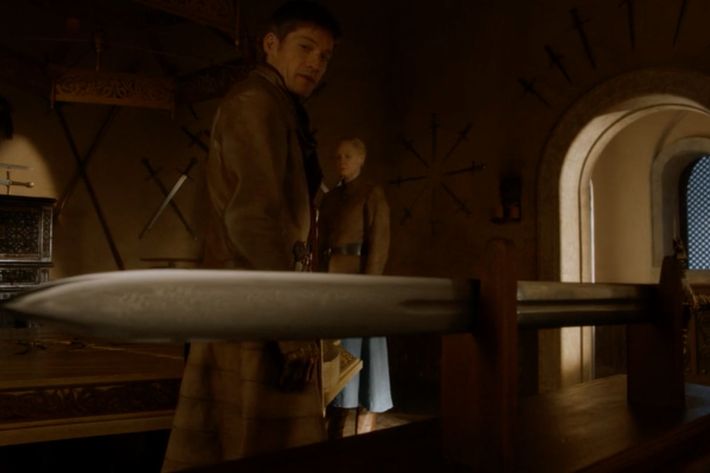 Game of Thrones Couple of the Week: Episode 4