This weekend, the V&A Museum opens a major new exhibition, The Glamour of Italian Fashion: 1945-2014, that explores the history of the industry with an emphasis on the country’s impressive textile heritage. It begins with the landmark Sala Bianca catwalk shows in the early 1950s: During the postwar slump, businessman Giovanni Battista Giorgini persuaded American buyers and editors, including Carmel Snow and Diana Vreeland, to visit Florence and experience local fashion. They returned to spread the word in the States, and American customers fell in love with Italian style. When stars like Audrey Hepburn and Elizabeth Taylor were then pictured out shopping on location for Roman Holiday and Cleopatra, Italian fashion became associated with a kind of relaxed, modern glamour. (Taylor’s famous Bulgari emerald jewelry is one of the show’s 120 exhibits.)

Assistant curator Lucia Savi spoke to the Cut about her two-year hunt for rare designer gowns, and how Renaissance expertise continues to help modern fashion houses.

What’s the greatest treasure in this exhibition, in your opinion?
There are so many. The first section looks at the designers from the first Sala Bianca show held in 1951 — the idea was to represent all the designers who participated, including two houses that disappeared in the ’50s: Noberasco and Vanna. We had to really hunt for those garments. They are very rare and we were lucky to find them. We also have an early Cavalli painted leather piece on loan from Cavalli’s archive, which is very special. And we’re delighted that the house of Valentino has donated one of its stunning couture gowns.

How did you go about sourcing the clothes?
I’ve been working on it for the last two years alongside the curator Sonnet Stanfill. We started by looking at the V&A’s own archives — we have a wonderful permanent collection here. Then we traveled extensively to Italy, to see the archives of designers, collectors and textile manufacturers, and visited fashion museums like the Galleria del Costume in the Palazzo Pitti in Florence. And of course we did a few trips outside of Italy — for example we have a couple of loans from the Met.

Then we had to start editing the material. The important thing is to have a storyline in mind, and we wanted to focus on very significant moments in the history of Italian fashion. We start with two garments that show Italian design during the Second World War. It’s very important not to forget that Italy came out of the war in economical disarray. American help was very influential — through the Marshall Plan, and through the Americans’ interest in coming down to Florence to see the first fashion shows. The American buyers were overwhelmed by the very high quality of the fabric. Italian fashion was cheaper than French fashion, and the designs were easy and wearable — American modern women needed a new kind of wardrobe, not just beautiful gowns, and the Italians were able to offer that.

Italy has world-class craftsmanship in fabrics like leather, fur, and silk. How did that develop?
It dates back many centuries. Italian velvet was very sought after during the Renaissance. We had the court of Lorenzo de Medici in Florence, and we had the Pope, and they were commissioning garments and really being patrons of the workshops that created these beautiful fabrics. Through the centuries, this know-how stayed in the country. Different regions specialize in different productions — for instance in Como, they’ve developed a specialization in silk. The businesses are often family-run, and they really take pride in what they’re doing. The idea of “Made in Italy” was very important in the 1980s, and because they were small businesses, they were able to adapt to requests — if a designer asked for something very special, it wouldn’t have been profitable for a massive company to retool their machines, but a small company would take the challenge and do it. Italian designers could not have been so successful in the 1980s without the textile industry to support them. 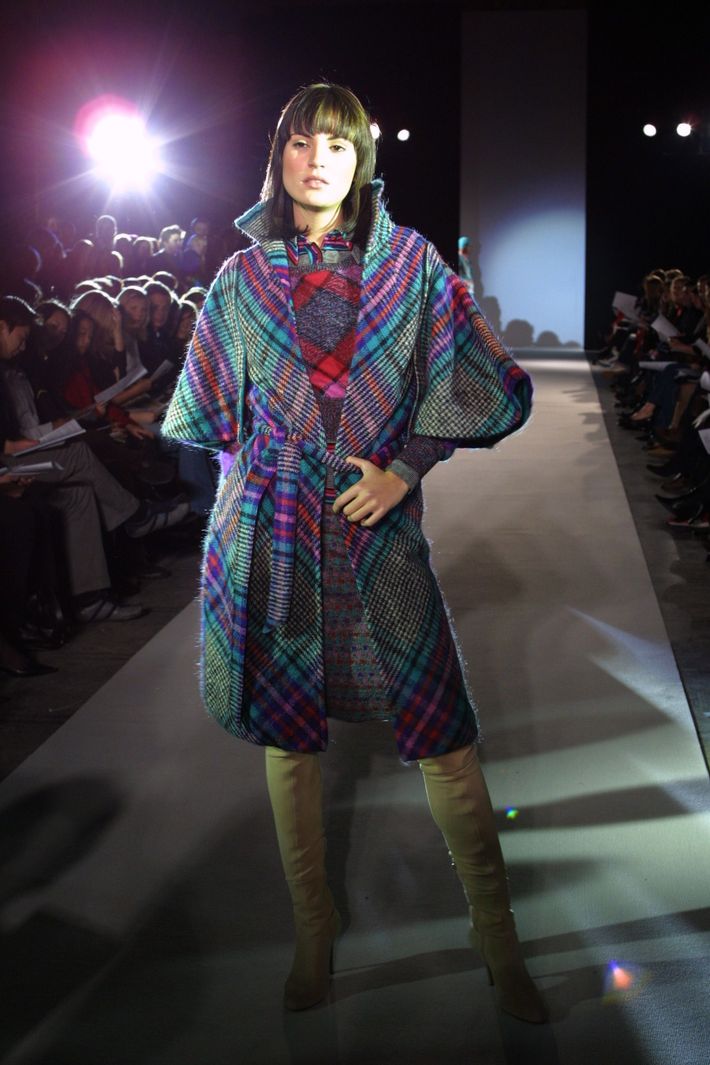