Lisa Robinson was one of the few women reporting about music in the 1970s. This outsider status, she says, fueled a different perspective on the quickly transforming rock scene.

Her memoir — There Goes Gravity, out yesterday — offers a magnificent, acute account of style from ’70s rock to punk to mainstream pop. She touches on myriad aspects of the music scene, with a particular focus on the relationship between performers’ costumes and their personas: Mick Jagger with his “off” excess; Patti Smith yearning for a mink coat and tailored pants; punks “in various stages of meticulously arranged disarray.”

Robinson spoke to the Cut about groupies, routine sexism, and Patti Smith’s style.

I was so impressed with your meticulous descriptions. Were you taking notes?
I was. And I also have a great memory because I wasn’t taking drugs. I took notes from every single concert — they were all labeled with individual envelopes with the dates on them, on those pink Beverly Hills hotel pads.

You write that because you were one of the few women, some bands were dismissive. How did you react at the time?
Led Zeppelin was the first big band I was around, and Led Zeppelin literally gave misogyny a new meaning. I mean, Jimmy Page was very sophisticated because he had been a studio musician from London, and so was John Paul Jones. But Robert Plant and John Bonham were from the north of England, farms, and to me they were hicks. I thought they were great musicians, but I was not nervous around them. I mean, I was from New York City. Born and bred here — New York woman who had snuck out of her bedroom at 12 to see Thelonious Monk, who was far more sophisticated than these rock and roll guys were. So I wasn’t impressed. I know they thought of me as, “Oh, this is just some chick from rock magazine.” Then they started to have respect for me, because they knew that I knew as much as they did about the music that influenced them.

But in general? Mick Jagger once said to me, “There’s no reason women are on tour unless it’s to fuck or because they have a job.” Well, I was there with a job. And the thing is, I was only interested in the music. I was never interested in the drugs or the sex around a tour. I thought it was sleazy; I saw so many people being demeaned in those situations.

What was your relationship like with the women that were around, like wives or girlfriends or groupies?
Well, nobody was really traveling with their wives then, except Mick Jagger was with Bianca. And Keith was with Anita Pallenberg at the time — even though she wasn’t his wife, she was the mother of his children and his constant companion. Led Zeppelin never brought their wives to America. They came to rape and pillage, basically. It was a playground for them. As far as groupies were concerned, if it was a “tour girlfriend” — Jimmy had one of those, Robert had one of those — I wasn’t, like, disgusted by it. It was their choice.

Which musicians do you think executed their look most perfectly?
Patti Smith certainly did. The Clash did. Even though it was very contrived, they looked the same onstage as they did offstage.  Keith Richards was Keith Richards, when he was on or offstage — he was exactly the same, the cool, outlaw look.

These people didn’t have stylists. They had style. Janis Joplin had style.

Patti Smith had no money, so she had to put a look together. Patti loved to talk about clothes. Because she was so, so-called androgynous, or was trying to look like Bob Dylan in his Don’t Look Back phase or Keith Richards, people didn’t realize that Patti was a girl and she knew about Balenciaga and she knew about Yves Saint Laurent and she wanted a mink coat.

This interview was edited and condensed. 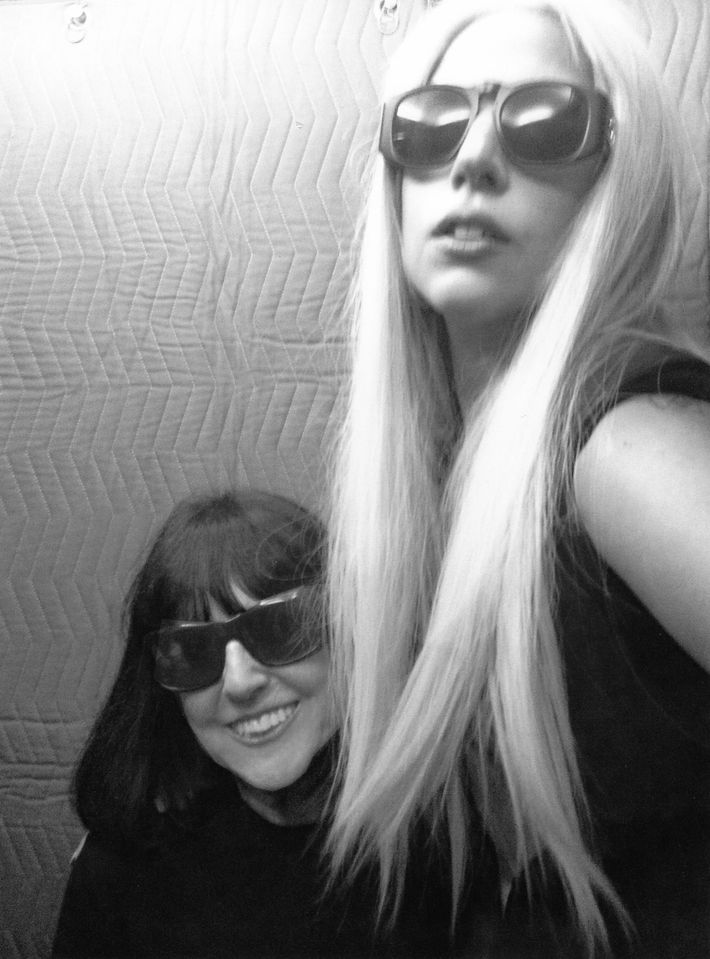 life after roe 15 mins ago
Mom and Teen Daughter Accused of Illegal Abortion Based on Facebook Messages Police obtained Facebook messages in which they discussed ending the then-17-year-old’s pregnancy with pills.
celebrity 2:29 p.m.
Has Camila Cabello Moved on With a Dating-App Founder? She was recently seen holding hands with Lox Club founder Austin Kevitch.
culture 1:10 p.m.
How Jennette McCurdy Survived Child Stardom — and Her Mother She spoke with the Cut about her memoir, her mother’s abuse, and finding solace in Disneyland.
fashion 12:23 p.m.
Japanese Designer Issey Miyake Has Died at 84 Known for his innovative Pleats Please collections, Miyake was a fashion innovator for five decades.
ask a boss 12:00 p.m.
‘I’ve Been Overworked for Months and My Manager Won’t Help’ You need to be less invested in keeping your office running smoothly.
the bachelorette 11:51 a.m.
So, Who’s Going to Win The Bachelorette(s)’? Mid-season front-runners have emerged.
goat 11:49 a.m.
Serena Williams Announces Her Retirement From Tennis In a Vogue essay, she says she plans to step away from the sport after the U.S. Open wraps next month.
gone sale-ing 11:21 a.m.
Restock Your Fall Beauty Lineup During Dermstore’s Anniversary Sale These fall faves will keep your skin glowing like it’s summer.
all of the lights 11:00 a.m.
11 Light-Therapy Masks That Will Make Your Skin Glow Even after you take them off.
celebrity 10:20 a.m.
Did Rita Ora and Taika Waititi Secretly Get Married? Reports of an intimate London wedding have emerged after they were spotted wearing matching rings in Paris.
allegations 9:40 a.m.
All the Allegations Against Ezra Miller The actor has been charged with felony burglary in Stamford, Vermont.
accidents Yesterday at 7:40 p.m.
Anne Heche in ‘Extreme Critical Condition’ Following Car Crash According to a representative, she has remained in a coma since shortly after the accident.
crime Yesterday at 5:00 p.m.
Everything to Know About the Ahmaud Arbery Murder Case Travis and Gregory McMichael have received second life sentences for federal hate-crime charges.
celebrity Yesterday at 4:40 p.m.
Olivia Newton-John Has Died Her Grease co-star John Travolta paid tribute to the actor on Instagram.
crime Yesterday at 3:27 p.m.
What We Know About the Disappearance of Gabby Petito Her parents are now suing Brian Laundrie’s parents and the Moab, Utah, police.
celebrity Yesterday at 3:23 p.m.
Ashton Kutcher Says Vasculitis Left Him Temporarily Blind The actor shared that the rare autoimmune disorder caused him to lose his vision, sight, and balance for nearly a year.
sigh Yesterday at 3:08 p.m.
Male Actor Doesn’t See the Point of Intimacy Coordinators Sean Bean claims the role — designed to protect actors filming sex scenes — would “inhibit” his performance.
how does it fit? Yesterday at 2:47 p.m.
Are Reformation’s Best Sellers Worth It? The Cut Shop team tries out three of the brand’s best-selling pieces, on a range of body sizes.
red carpet Yesterday at 2:22 p.m.
We Ranked Brad Pitt’s Bullet Train Red Carpet Outfits Get ready for a lot of drawstring suit pants.
do i need this? Yesterday at 1:00 p.m.
The Dapper Dan x GAP Hoodie Collab Is Back To celebrate the Harlem legend’s birthday, Gap surprised customers with a new drop of the coveted hoodie.
More Stories