Maureen O’Connor: Sorry I’m late! I just spent 20 minutes trying to Skype some other Maïa Mazaurette. Is that a coincidence or an impersonator?
Maïa Mazaurette: Oh yes! I have noticed that. Mazaurette is actually a made-up name. I changed a few letters in my last name, just so people wouldn’t annoy me. In French it sounds a bit like majorette, which means “cheerleader.” It’s as if you’re saying “cheerleader,” but you have something on your tongue.

That’s wonderful. So tell me, how would you describe the French attitude toward sex?
I can only compare it to the countries I’ve lived in — Germany, and now Denmark, and I’ve made some trips to the U.S. I’d say the main difference is that in France we’re so straightforward. We don’t have these dating rituals; we just start with sex! And then, if the sex was good enough or we feel connected somehow, then we would try to build a relationship.

So you always have sex on the first date, then?
Absolutely! But it’s not even an issue because there is no date. There is just first sex. You think someone is attractive, you give it a try. I think it really makes sense. (Of course I say that, because I’m French, right?) But if you don’t have sex first, you build up too much pressure. You start thinking, I have seen this guy for four or five restaurants, or however you do it in the U.S., and what if it fails? If you get sex out the way first, then you can only have good surprises.

I never dated an American guy, but even with Danish and German guys, there were so many dates and it was taking so much time. At some point I just felt like, Ahhh! Stop it, are you going to kiss me? Are we going to your place? My place? Do something! I felt like I was investing a lot of time in something that might not be worth it anyway.

It’s interesting to me that France is a predominantly Catholic nation, and yet the culture is so sexually free.
Yes, but we don’t connect sex with ethics or morality or values in general, you know? There have been many studies about how French people don’t care about the sex life of our president, or if a person is unfaithful. It’s absolutely not a problem for me. Now, if my boyfriend and I have an agreement, that’s important. But I actually see a lot of my friends who are a bit older than me, maybe 40 or 45, who are always renegotiating the boundaries of their relationship. And a lot of them are okay with being unfaithful, as long as you don’t say it. It’s actually quite old-fashioned, as if we’re in the Victorian era, and your husband or your wife is the person you share children, a house, and money with, but for passion or a bit of adventure, you go elsewhere. The couple is not the place for adventure. It’s the place where you want to feel safe and watch Game of Thrones.

How open are people about their extramarital setups? In the U.S., you’ll hear people refer to “open relationships,” but it can feel a bit all-or-nothing. People do have unspoken arrangements, but lying is often considered worse than the cheating.
For us, I think it’s just pragmatic. We don’t necessarily talk about it, but after a certain amount of time that you spend with someone, of course the passion is not going to last. And so there will simply be two sides of your life. There is a culture of secrets — perhaps that’s related to Catholicism, actually — and it’s part of normal life.

The boyfriend I have now is Danish, and it’s so important for him that we promise to be faithful for the rest of our lives. And though I’m not at all unfaithful at the moment, I want the possibility in 5 or 10 or 15 years to have something that belongs to me. It’s a privacy issue. I don’t want my boyfriend involved in something romantic or sexual that I might have on the side! It’s my life. I think in France we share a lot of things, but in the end, well, you die alone. It’s not a betrayal because sex doesn’t have consequences. Why worry about a crime without a victim?

I’m fine with monogamy, as long as there are some holes. I think it’s wonderful to spend a long time with someone and know he is always going to be there for you and push your wheelchair when you’re old, but you have only one life, and sometimes sex is important. When I’ve been unfaithful in the past, it’s because it was beautiful, it could be just a one-night thing — but if I didn’t do it, I would have had regrets. I would feel less sexy, and my commitment starts to become a prison and not a positive choice in my life.

I love that. By being able to stray, it enhances the commitment you make when you return. Speaking of which, what counts as a “hookup” in France? Do you even have a word for that?
No. Never. It’s a concept I have only read about.

We use it as an umbrella term for sexual encounters, because sometimes you don’t literally have sex. Like maybe you just give a blow job.
We would think it is extremely weird to have just a blow job. Why would I do that? I don’t have pleasure in my mouth. It’s very mysterious to me, why an American woman would do that.

Well, he could go down on you.
Okay, yes. It just seems so strange to put so much pressure on something that seems so spontaneous to me: sex. When I have sex with someone, I’m not sharing real intimacy. I share intimacy when I talk about my childhood; if I’m sick and someone takes care of me. If it’s just kissing or spreading my legs, my emotional involvement is almost zero.

It’s so different what you do on the first night, then the second one. It’s like being a virgin again. I think you are a virgin every time you have sex with someone. On the first night, you’re just showing that you are a good person, that you aren’t going to kill anyone. You’re just showing that you’re safe and nice and honest, so it’s very standard: You kiss, then you touch, then you take off the clothes, then you have oral sex both ways, then penetration, and then it’s done!

And actually, the real fun starts after that. When you’re like, Okay, this guy knows what he’s doing, can we now try something a bit different? And then it starts to get funny! Then you start talking about fantasies and secrets, and that is where intimacy begins. Discovering a new person.

Americans have this stereotype about French romance, that a Frenchman will sweep you off your feet and be a great lover. Is there a corollary for how the French view Americans?
I’m sorry, but: no.

No? You mean you don’t think about us at all?!
Well, you have the reputation of being prude. And, again I’m sorry, but sex with Americans just seems so complicated! All this dating. I would think that if I had to be with an American guy, I would have to educate him somehow. I would worry he might think I’m a slut.

If I were in Paris and trying to meet a man, what should I do? How long do I need to wait before asking him to fuck?
So, let’s say you’re in a club. And you start talking to someone. Usually it would be maybe half an hour before you ask him to leave.

Thirty minutes?! That is quick.
I mean, if you meet him at a dinner with friends, then you wait until after the dessert and coffee. Basically, you wait long enough to make sure you don’t have a psychopath in front of you, and maybe build a little desire. But yes, 30 minutes is the minimum. That’s all it takes. 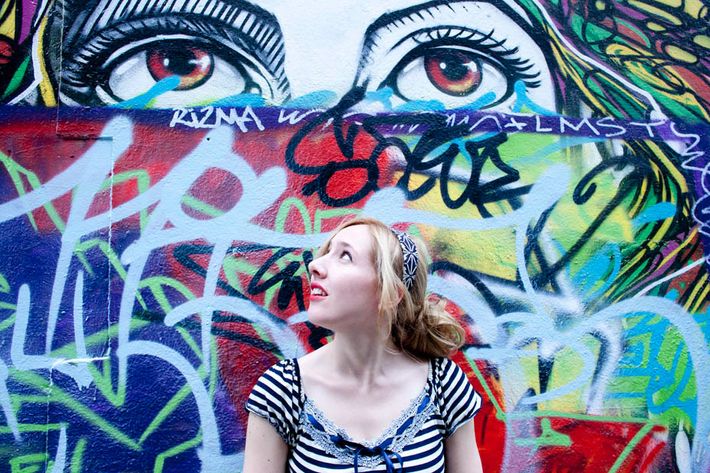 Are the French Better at Sex? A Discussion