Christian Dior was a quintessential Frenchman—born in Normandy, raised in Paris—but he was a big fan of the United States. He came for the first time in 1947, aboard the Queen Elizabeth, and by the end of that trip he was looking into air-conditioning Dior headquarters on the Avenue Montaigne and lunching like an American on “piles of sandwiches, cold turkey, and iced ham cooked in the Virginia fashion, which I happen to like very much.”

Dior’s U.S. headquarters on Fifth Avenue opened the next year, and the love affair has been on ever since. On May 7, current creative director Raf Simons will bring his resort collection to Brooklyn for a show at the Navy Yard. “I immediately loved the Brooklyn feeling,” Simons said, “the scale of the building and the Manhattan view.” It’s a kickoff for what is becoming one of fashion’s most important seasons—a small and influential show. As for hints about what’s to come: “I like to portray a woman in control,” says Simons. “And powerful women, to me, are very much evocative of New York.”

Click through the slideshow for a look back at Dior’s long-standing affection for America and a sneak peek at Simons’s mood board for the upcoming show.

*This article appeared in the May 5, 2014 issue of New York Magazine. 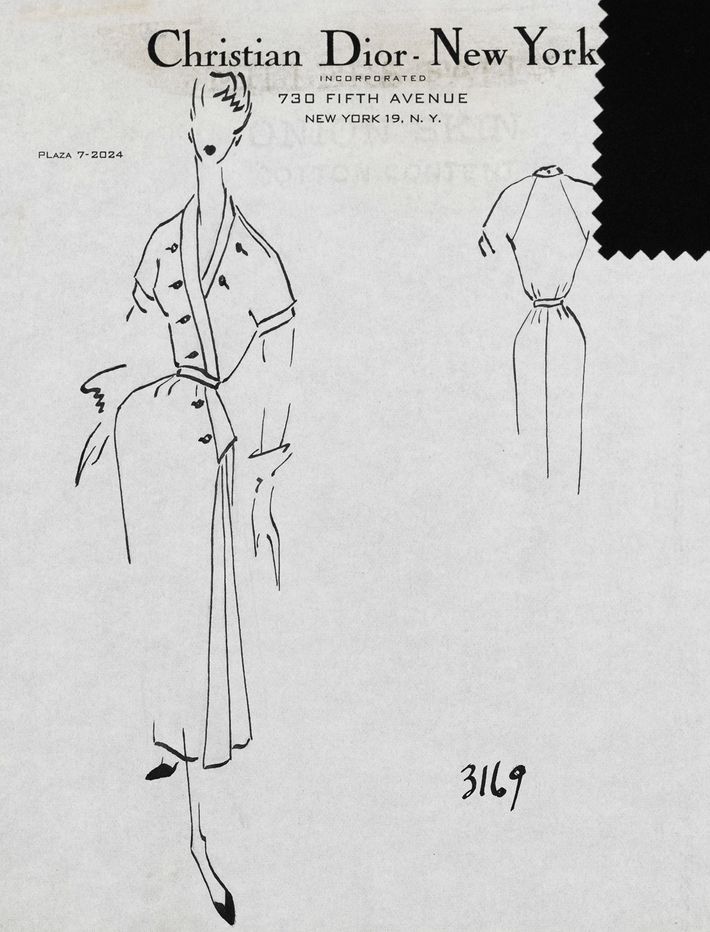 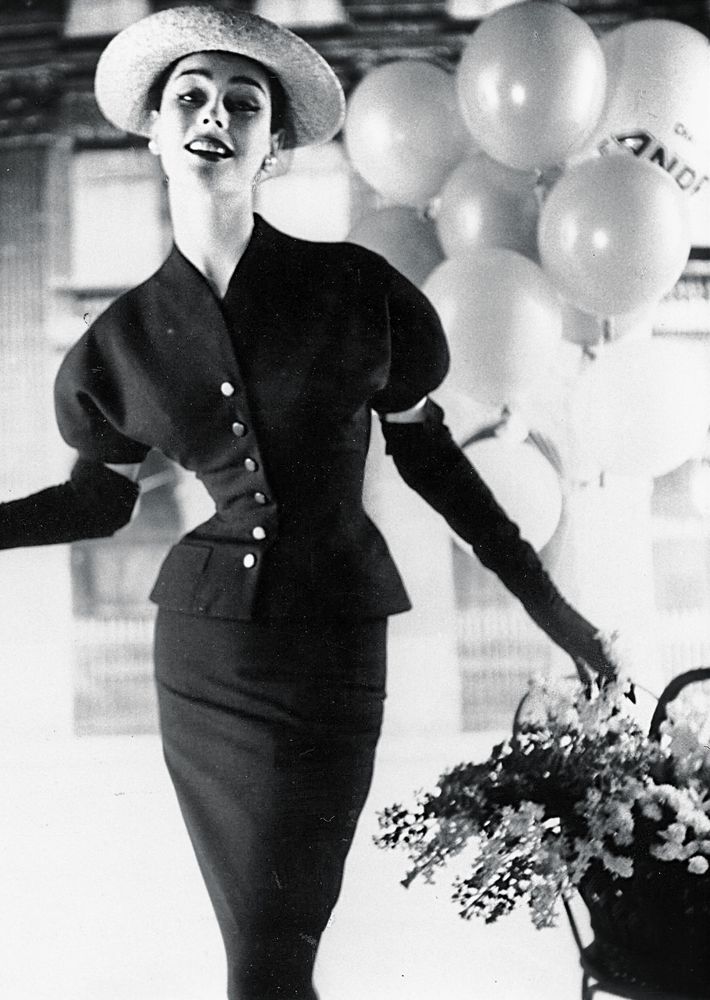 The “New York” dress from the 1953 Paris haute-couture spring-summer collection. 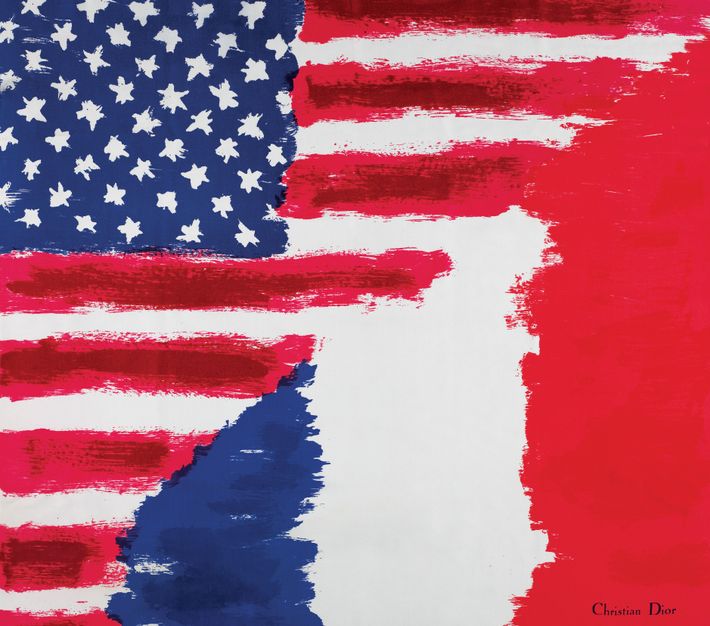 Dior scarf designed by Marc Bohan in the early 1960s. 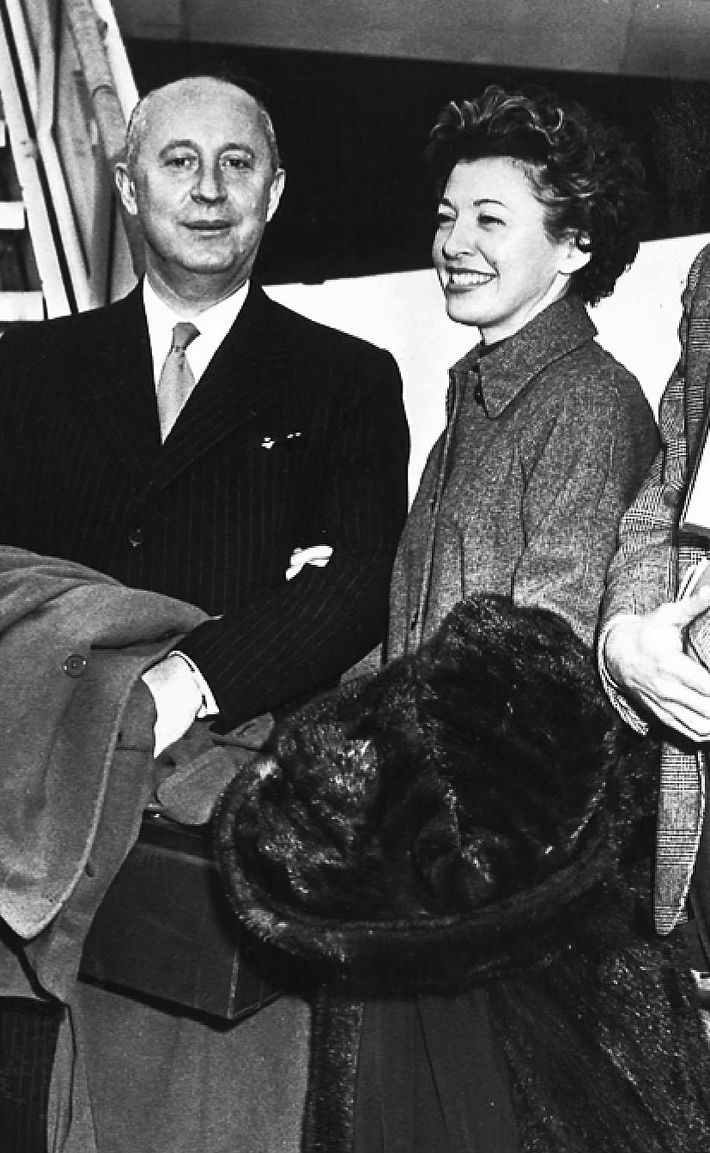 Dior during one of his U.S. tours. 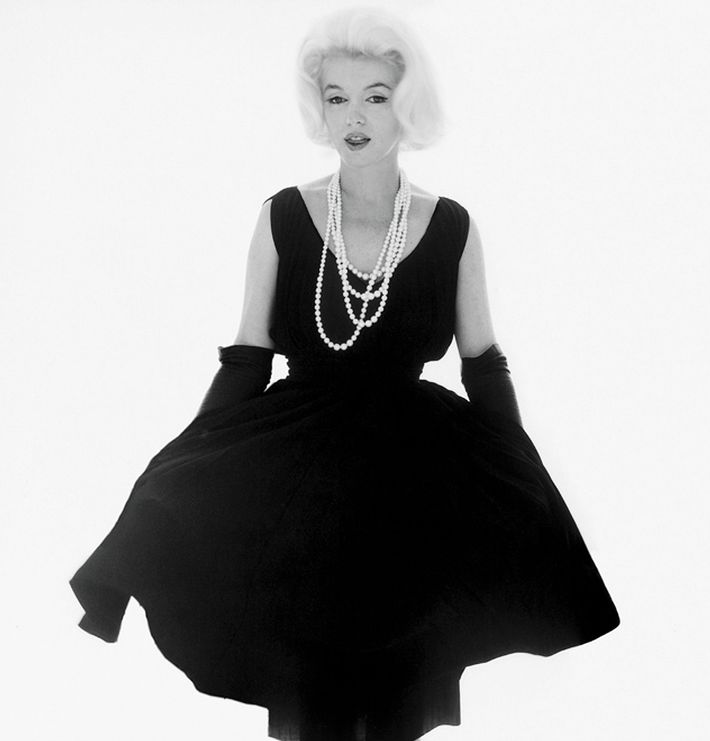 Marilyn Monroe, wearing Dior, at her last photo session with Bert Stern in 1962.

Raf Simons’s Mood Board for the New York Show