It was hard to find a deserving couple on last night’s season finale. Jon and Ygritte continue to break my heart, giving Kit Harington’s brooding face a real workout: He learns that Ygritte really did love him, because all she talked about was killing him. Cersei and Jaime are together again, so they will be losers every day for the rest of their lives. But other than that? Daenerys locked her beloved dragons in a catacomb; Tyrion snapped and released a lifetime of daddy issues.

Then there’s the constant and constantly disturbing pairing of Arya and the Hound. Theirs is an evil-twin version of the buddy comedy — darkly funny moments mixed in with some killing, stealing, and cathartic revelation of deep-seated psychic trauma. At the same time, the Hound, who plays both captor and protector, seems to have developed a real affection for Arya. Which is why when Brienne of Tarth stumbles upon Arya on the road to the Bloody Gate and tries to make good on her promise to save the Stark girls, it turns into one of the most prolonged, brutal fights we’ve seen this season. I thought Brienne, Arya, and the Hound could perhaps turn things into a successful, well-balanced throuple, but when it comes to love, three’s always a crowd. While the adults beat the crud out of each other, Arya decided to put Arya first and set off for some “me time,” which is why she wins the last Couple of the Week crown, “I’m dating myself right now” edition.

Who They Are: Arya Stark was the Hound’s golden ransom ticket, until all of her relatives kept dying and he couldn’t unload her. Now, they are just friends. Brienne promised Catelyn Stark that she would find and protect both of the Stark daughters; so far, she hasn’t done a fantastic job. Arya is just a girl torn between two people who want to claim her. Her only definite friend is her sword, Needle.

Why They Rule: Well, rule is a strong word here. I’m all for the unexpected pairing of a spunky youngster and curmudgeonly old man, out there roaming the world and teaching each other lessons (Dennis the Menace, anyone?), but Arya and the Hound are really the twisted, evil inverse here. The Hound teaches Arya how to survive in the world, but his guidebook involves some dark personal beliefs. And even though Arya is now disturbingly comfortable with plunging a sword into someone’s heart, at the end of the episode she felt prepared enough to go off on her own — and at least some of that is thanks to the Hound. Does her decision to deny the brutally beaten Hound a mercy kill (and to steal his gold) mean that her killing days are over? Or is this a really strong case study for learned psychopathy? 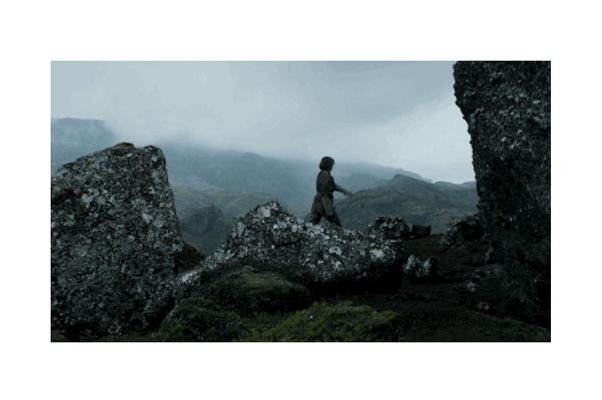 Best Throuple Moments: Brienne of Tarth: When she and Arya talked about their swords like mothers chatting at a playdate. For a fleeting second, Arya got a glimpse of future womanhood she was cool with — one that would allow her to carry a huge sword and never marry. Leanin’ in, medieval-style.

The Hound: “Killed by a woman, I bet you liked that.”

Game of Thrones Couple of the Week: The Finale