Kate Middleton, professionally flaw-free person, inspires a ripple of imitators whenever she makes a new fashion statement or beauty change (see: the Kate Middleton Effect). But while a quickly sold-out DVF dress can be easily removed and discarded when one is done playing dress-up, following Kate Middleton’s many-step “oxygen”-infused skin-care routine seemed to be a much more devoted, immersive, and advanced form of princess imitation.

And yet, I tried her skin-care routine. The oxygen factor intrigued me with its pedestrian element. Will lotion with oxygen — something your skin and mine and the skin of Kate Middleton has been exposed to literally all of its time on Earth except while we go swimming — achieve something revolutionary? Will my regular civilian skin obtain the glimmer of royalty?

I started with face cream (Oxygen Face), a night cream (Oxygen Hyalu Lift), a targeted cream occasionally (the Vita-A-Kombi 1 cream), and a cleansing cream each day. I used a golden apricot oil and the mild scrub, as instructed, every three days. Everything is formulated by the Swiss skin-care company Karin Herzog. The Vita-A-Kombi 1 was like aioli; the Oxygen Face cream like whipped cream. The Oxygen Hyalu Lift is my favorite, because the bottle is the fanciest; it’s gold, metallic, and cylindrical — orb and scepter in one.

All Karin Herzog products smell like a sneeze. Or a pressurized airplane cabin. I love both airplanes and sneezing, but not their smells, I suppose. I try to think of cheerful British ideas like mind over matter. The whole time I smeared these fancy products on my face, I stood up very straight and only mused through very proper thoughts. Dabbing oneself with the promise of royal shimmer and the unscented scent of oxygen will do these things to the mind and body.

Kate Middleton seems to be a girl of precision and method, rather than hippiesque emollients made from pestle-grinding and faith in our ancestors (a Shailene Woodley routine, for example). This princess seems like someone who would only trust something carefully developed in a Swiss chemistry lab.

Within three weeks of using Kate’s products, I saw results. I had broken out mildly and my eyebrows were bleached to a tawny blonde. (My eyebrows had been brown, though the hair on my head is officially classified as almost-blonde.) Only after seeing bleached brows did I read the teensy fine print on the lotions: “Do not apply to eyelashes or eyebrows as it has a slight bleaching effect on hair.” Oooh. My application of the lotion had been a smear-across-whole-face-by-the-palmful method. I have now been visibly branded as a decorumless, rule-avoiding court-impostor. Strike one for the commoner.

I did actually read the instructions of the professional Cleansing Gel, which asked me to remove the gel with “cotton wool,” a fabric I do not know about, certainly due to an improper upbringing. The gel was sticky and uncomfortable, and I felt very gauche.

I ditched this part of the routine within a week and returned to an American classic: Noxzema. But I was too late. There were no blackheads or little red bumps, but I developed two serious, angry pimples. All I wanted to do was put tea-tree oil on these threatening volcanic fuckers and dry them out, but instead I was lathering them with fancy Boeing 747–scented lotion. Covering the distinctive mark of a civilian outburst with princess frosting did not a tea cake make.

After six weeks, and shamed by my inability to follow directions, I left the Herzog system entirely. Within a month of returning to civilian life, my skin has calmed itself and my eyebrows are starting to grow out. Aside from the Oxygen Hyalu Lift (what can I say, I got accustomed to the luxuries of pumping cream from a golden bottle), the rest of the fancy products have been retired.

I Ate Haggis and Aqua-Cycled on the Pippa Middleton Diet

The takeaway of using royal emollients: It’s all a bit too-too. It was insufferably boring to smell like nothing and oxygen. Mostly it was suffocating to just layer varying degrees of thick lotion without ever having a break for cleansing. The average commoner just cracks under the layers of all that rich, gilded pressure. 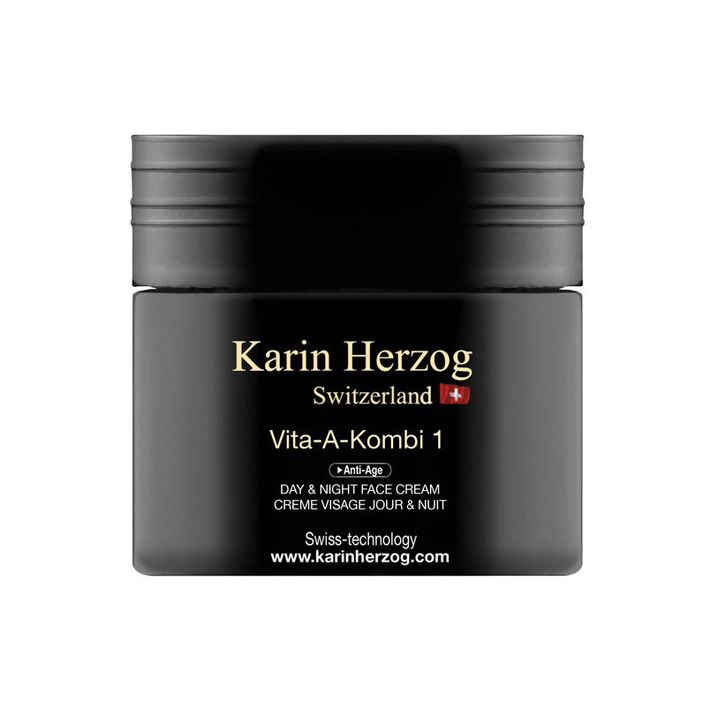