The legendary makeup artist Lucia Pieroni is the Makeup Creative Director for Clé de Peau Beauté as well as the go-to girl for photographers like Mert and Marcus and David Sims. Known for her powers of transformation and ability to create beautiful skin canvases, she’s usually traveling the world for photo shoots, but last month, the Cut sat down with her to learn more about the work, inspiration, and products that went into some of the recent covers and ad campaigns she’s worked on. She spoke to us about bleaching Miley Cyrus’s eyebrows, Tom Ford’s true no-makeup makeup look, and that time she smeared Egyptian Magic all over Kate Moss in the bath. 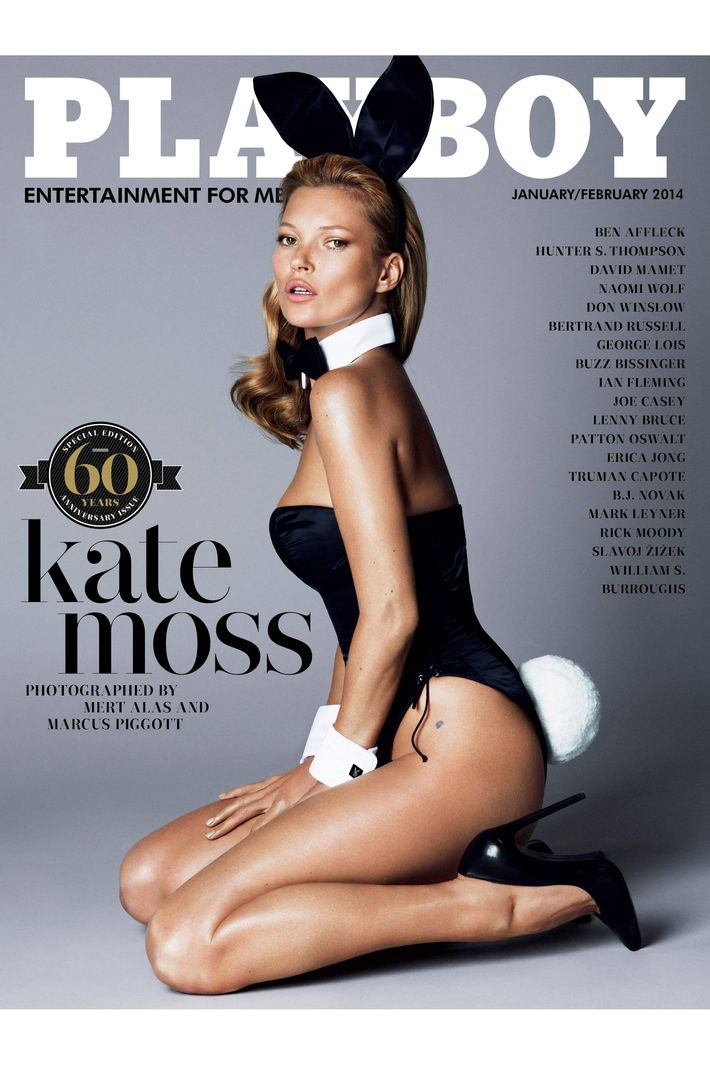 “When I was asked to do this one, it was a huge secret. I knew it was Playboy and I knew it was 60 years, but I didn’t know who it was until we got there. We went to this place in England in the country — this gorgeous, stately home. We just did an eyeliner sort of faded out to the end, and then lots of mascara. You don’t really need to do that much to Kate Moss because she has such an incredible face. It was about Kate Moss for Playboy. It wasn’t about making Kate Moss into Marilyn. I think she’d gone to Bodrum [in Turkey] before that shoot, so she did have a bit of a tan. We put moisturizer and Clé de Peau Beauté Luminizing Face Enhancer [on her]. It’s great to do highlights on the body. I go through quite a lot of it. We put it on her face and the bones. You get this gorgeous light and shade and highlight.” 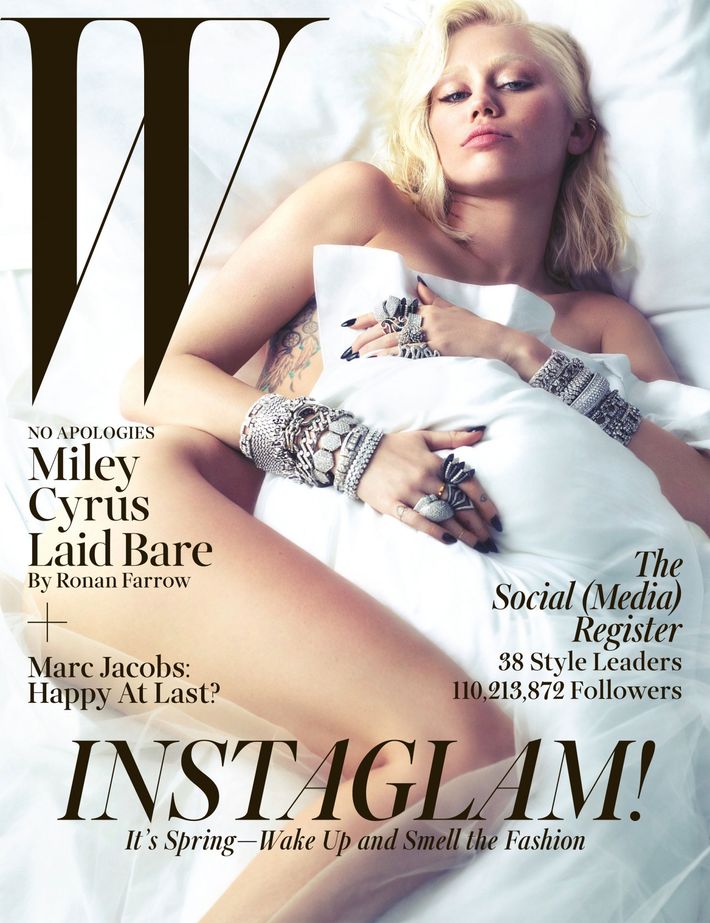 “Miley Cyrus is an amazing spirit and a very cool girl. Smart. We bleached her eyebrows, and then we all went out to dinner afterward. I remember the next day watching TMZ and they were like, ‘Oh my God, what’s happened to Miley Cyrus’s eyebrows?’ And I was like, ‘Oh my God, that was me!’” “I was talking to Mert and Marcus, and she had her signature super-cropped hair. And they wanted to make her look a bit more, I wouldn’t say womanly, but to kind of change her. We tried a few wigs on and then it was like, ‘You know what would be really cool? If we got rid of her eyebrows.’” “In fact, she actually kept them. She had them for the MTV Awards, and then she dyed them back. It very much changes the proportion of your face because your forehead becomes bigger. It also changes the shape of your eyes, because it becomes much more open. You can do much bigger makeup because there’s no eyebrow there. From a makeup artist’s point of view, you can be incredibly creative with someone with bleached eyebrows. I’m not suggesting that everybody goes out and bleaches them [laughs]. The problem with bleaching them is that they grow back really quickly, so you have salt and pepper. To dye them back, what I use is ‘For Fen’ beard and mustache dye.”

“In my head, it was that slightly ‘50s, slightly Sophia Loren thing—Adele does wear that kind of makeup. It’s perhaps more accentuated — that black eyeliner a little bit blended in some bits. I used a Clé de Peau Intensifying Cream Eyeliner, which I love because it’s easy to use. You can soften it at the time or have it hard, which I really like. It’s just shading in the pocket line and the cheek. Also I think one of the references was Sam Haskins of Cowboy Kate, that slightly ‘60s feel. She’s got an amazing face with a great shape. And she has a really good socket that you can do lots of makeup on.” 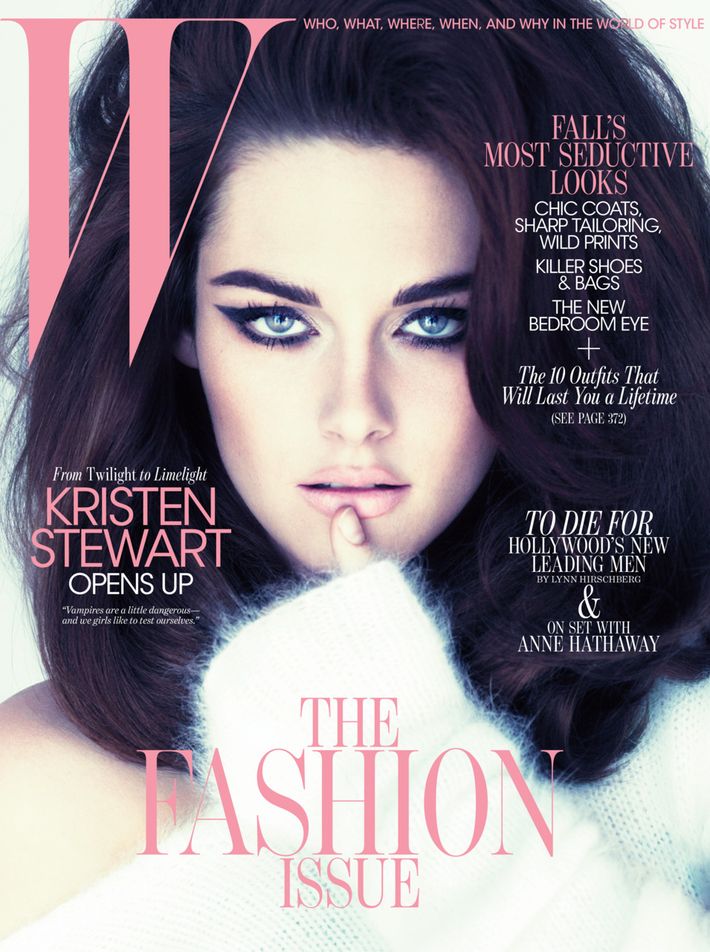 “This one is not too dissimilar from [Adele’s cover] in the sense of makeup. It’s late ‘50s, with lots of eyeliner, a strong brow, and a really pale, pink lip. For us at the time, she was the Twilight girl. She’s very natural, a young and cool girl. We had to give this treatment to her to make her into this sexy-diva-type thing.” “Actresses walk into a shoot with Vogue or W, with a certain caliber of photographer, and they know — especially with Mert and Marcus — that they’re going to be transformed into something quite fabulous.” “I remember doing a French Vogue cover of Marion Cotillard. And then Mert from Mert and Marcus said to me, ‘I think we should bleach her eyebrows.’ And I was like, ‘Really? Let’s do it. But I think you need to ask her if she wants to bleach her eyebrows.’ And she was like, ‘Okay.’ And that was quite brave. I think her and Miley are the only two celebrities who’ve agreed to bleach their eyebrows.” 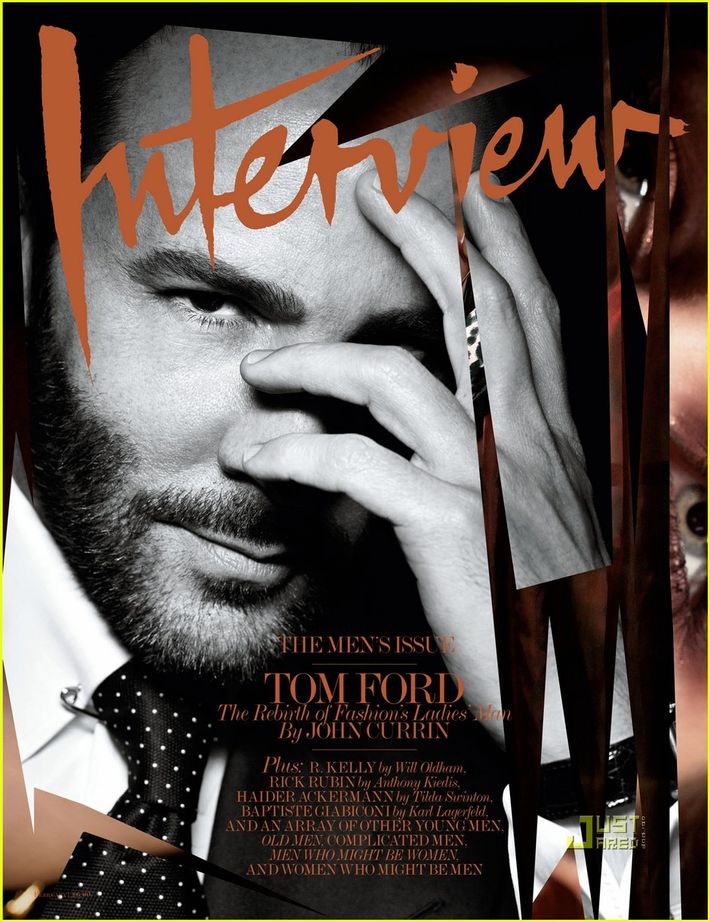 “He’s just so impeccably well-groomed and charming. Such a gentleman. Really, all I did was give him a bit of powder.” “When you see him, it doesn’t matter where he is, he’s immaculate. I’ve worked with him a few times, and he’s always the same to the finest degree. He’s a very handsome man, which helps [laughs]. I don’t think I’ve ever not seen him in a suit. I’ve shot with him before for a couple of his perfumes, and he’s always in a suit. I’ve seen him on a plane, actually, and he had a suit on. I’m sure when he’s at home he does get a bit casual. He probably has a cashmere suit.” 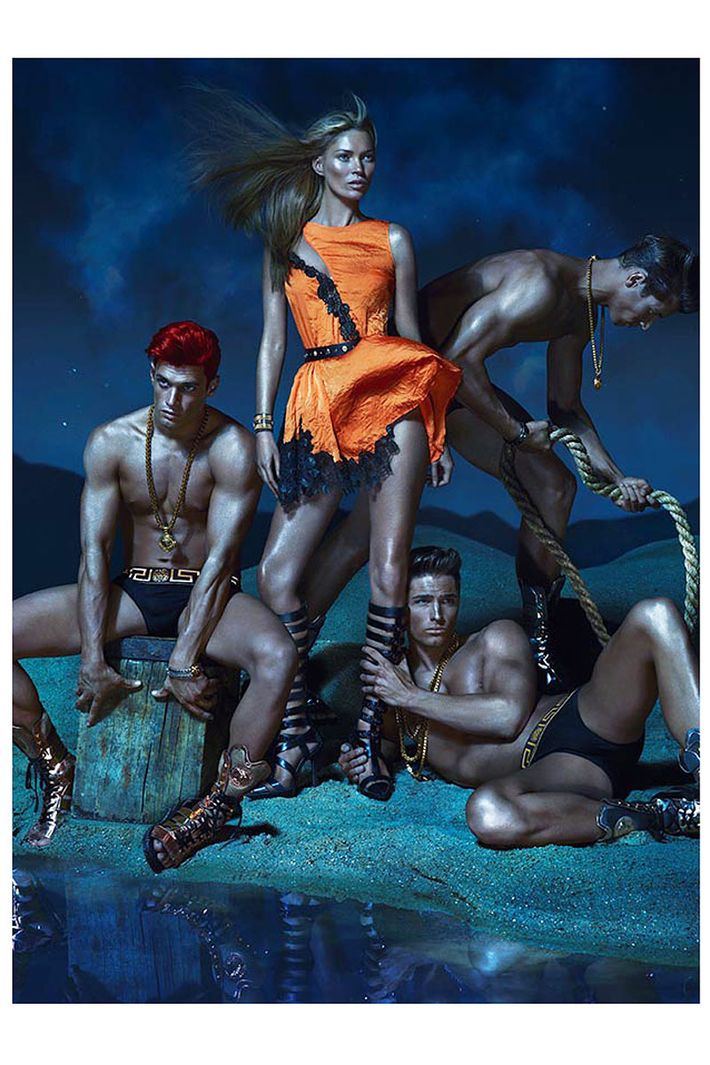 “That’s seriously shiny. That was hard work because we had to shine the whole body — all of them, really almost like metallic — and it was like [makes grinding motion]. You’d have to run into the set and make sure that each highlight was the right amount of shine while they’re in that position. When you saw them, it looked really funny in real life because they were, like, super, super gold-metallic. There’s this product by Madina, which is far shinier than the [legendary] shiny stick. It’s like a powder, and you get a big, fat, flat-ended brush and just go [makes chalking motion]. It’s almost like you’re buffing their bodies. The product has got so much pearl in it that it’s quite metallic.” 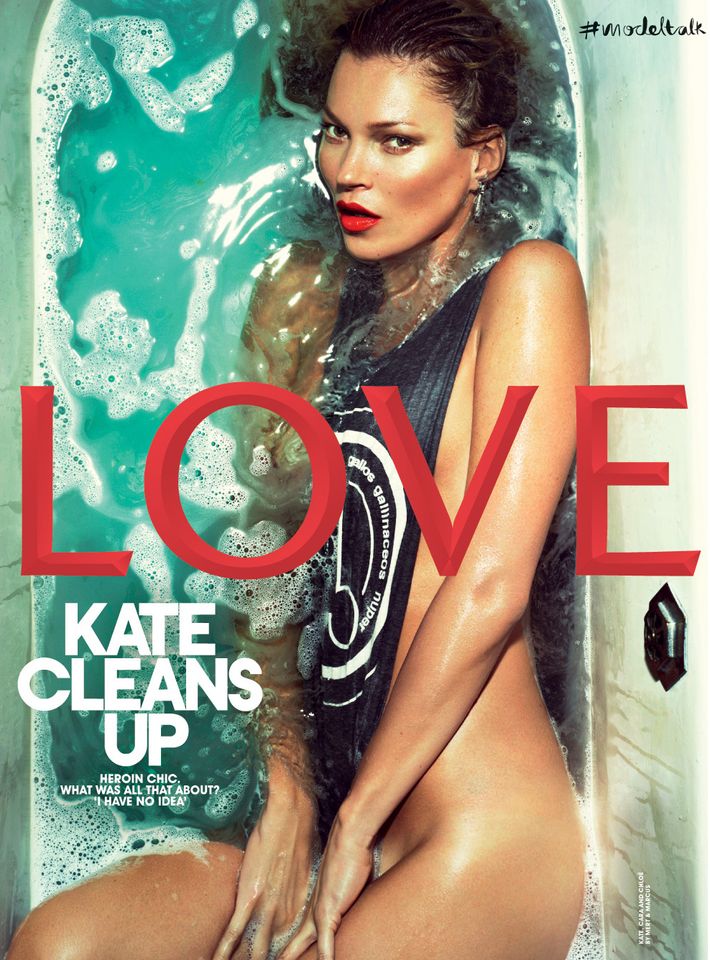 “I think when we started, we all wanted [all of the cover girls] to have red lips, and I think, to be honest with you, the bath probably wasn’t even that blue at the time. I think that’s probably an after-thought, but we could say yes, we were going for the red and the blue, since it sounds much more interesting, doesn’t it?” “The shine on this was Egyptian Magic all over the body, so when water gets on it, it kind of gives it that extra shine and stops it from drying out so much. So [Kate] had that all over and on her face a little bit.” 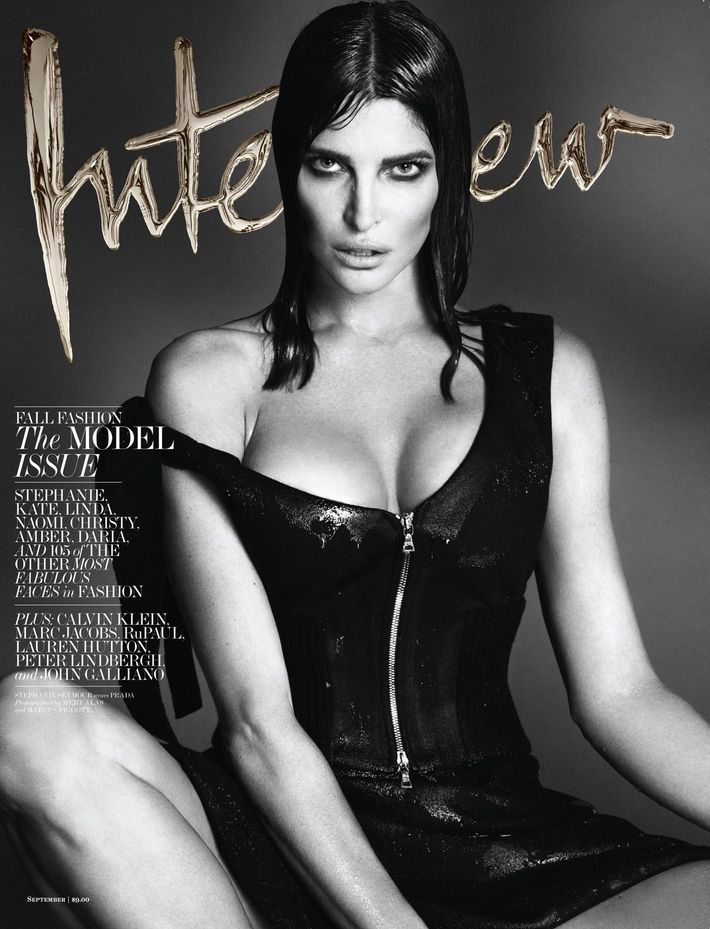 “I think we get all obsessed by being really close and covering every single blemish. Then you stand back and you’re like, ‘Ooh, Jesus, it’s a bit cakey, there’s a lot on.’ You know, most people don’t see you this close, unless they’re about to kiss you, and at that point it doesn’t really matter what they’re seeing because they don’t care.” “You need to be like, ‘Okay, do I look radiant? It’s much better to look radiant with a few imperfections than to be completely flawless and kind of quite dead.’ I always look at it like that. For this shoot, it was about gorgeous girls. It was a little bit of a sort of smudgy, dirty eye with beautiful and gorgeous skin.” “Bleached eyebrows and serious, heavy makeup don’t relate to your average, everyday woman. But it can inspire you to think, Okay, well, maybe I could do a little bit of a liner or Hey, that’s an amazing green. It’s about inspiring women to look at something different. Because half the time a lot of makeup for shoots and for shows, you’re not gonna wear that in the street, but you take elements of it.” 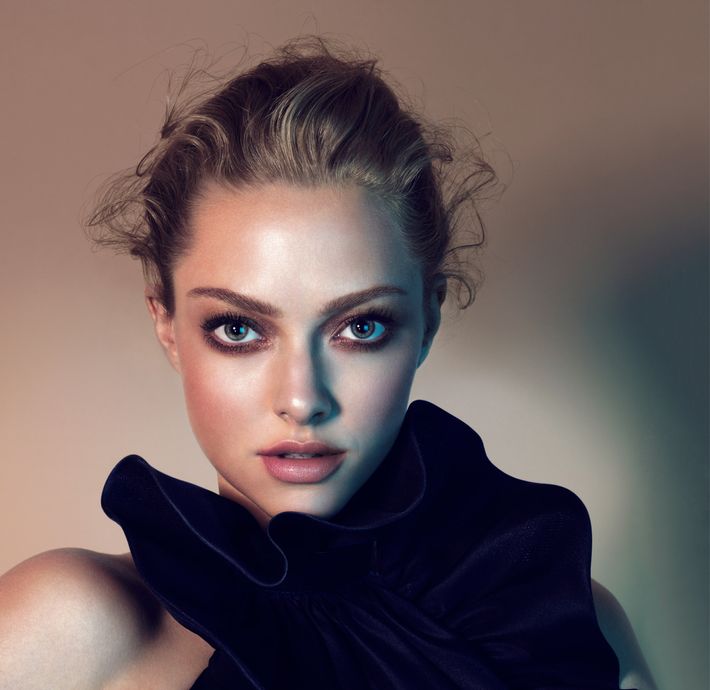 “My niece was watching Mamma Mia and I knew that we were looking for someone at the time. Lots of people’s names had come up, but I thought she’d be perfect. Then I saw pictures of her. With celebrities, sometimes it’s difficult to make them different from who they are. I like the fact that even though you still know this is Amanda, she looks different. Also, she’s got a great face for makeup. You know, amazing eyes, lots of nice space, good cheekbones, amazing mouth.”

Is Your Face Wash Killing This Dolphin?

meryl streep Yesterday at 8:32 p.m.
Meryl the Goat Jonah Hill and Jennifer Lawrence called Meryl Streep “the G.O.A.T,” but she thought they meant the animal.
a royal embarrassment Yesterday at 7:06 p.m.
Prince William’s Cringe Moments Are Different From Ours Watch Prince William sing “Livin’ on a Prayer” with Taylor Swift and Jon Bon Jovi.
grief Yesterday at 6:00 p.m.
Nick Cannon’s Youngest Son Dies From Cancer Zen Scott Cannon was five months old.
catching up Yesterday at 5:22 p.m.
So … What Happened on Sex and the City Again? A cheat sheet to where we left off and where And Just Like That … picks up.
5 questions with... Yesterday at 4:39 p.m.
Chatting With WNBA Player Dearica Hamby, the New Face of Jordan On why she sometimes needs to just go into a room by herself and close the door.
health Yesterday at 4:35 p.m.
The Pandemic Has Spiked Our Blood Pressure And the effects of stress could impact our health for years to come.
cover story podcast Yesterday at 4:27 p.m.
That’s an Old Story On this week’s episode, Lily visits the Ecuadoran Amazon to work on a project, and a shaman does something terrible to her.
By the Cut
now open Yesterday at 4:06 p.m.
A New Online Marketplace That Sells Savoir Fare Old Stone Trade, created by the stylist Melissa Ventosa Martin, offers the hard to find.
hot shot Yesterday at 2:40 p.m.
Has Lana Del Rey Entered a New Style Era? Goodbye Maxxinsita period and hello Shein era.
store openings Yesterday at 2:25 p.m.
7 New Stores to Shop at All Holiday Season Mara Hoffman, Parade, and more new stores in New York City.
health Yesterday at 1:53 p.m.
Everything to Know About Rapid Covid Tests At-home tests are (hopefully) about to become a lot more commonplace. Here’s how to use them most effectively.
nightmares Yesterday at 1:20 p.m.
Imagine Sexting Your Dad by Accident Sunday night’s episode of Succession gave us one of the most heinous moments yet.
power Yesterday at 1:17 p.m.
Evan Rachel Wood Says Marilyn Manson Threatened to Harm Her Son In court documents, she claims he also threatened the families of women who came forward with allegations against him.
horny police Yesterday at 12:43 p.m.
Would You Let These Clowns Take Over Your IG? Pete Davidson and Machine Gun Kelly do an underwear ad.
art basel 2021 Yesterday at 11:47 a.m.
Judy Chicago Is Tired of The Dinner Party “The girls have their own home now — I’m like, Go and be well.”
By Sangeeta Singh-Kurtz
quiz Yesterday at 10:00 a.m.
What Would Your Selling Sunset Song Sound Like? Figure out your luxury real-estate anthem, you hottie queen boss babes!
#metoo Yesterday at 9:10 a.m.
What We Know About the Disappearance of Peng Shuai After accusing a top Chinese government official of sexual assault, the tennis star’s whereabouts have become the source of international concern.
encounter Yesterday at 8:01 a.m.
At Jamian Juliano-Villani’s New Gallery O’Flaherty’s, ‘Taste Is Out the Door’ The painter and her pals thought the art world had gotten too prissy. “This is the thing. No one’s doing anything cool.”
By Matthew Schneier
advent calendar 2021 Yesterday at 8:00 a.m.
Gift of the Day: A Cute, Chunky Claw Clip Give their hair a helping hand.
By Erica Smith
advent calendar 2021 Yesterday at 8:00 a.m.
The Cut’s Advent Calendar Gift Guide With a new Cut-approved item every single day.
By the Cut
More Stories