Earlier last week, news broke that the plastic microbeads found in some exfoliators are an environmental disaster. As reported in Fast Company, these tiny beads don’t decompose, winding up in the Earth’s various waterways and potentially in the stomachs of adorable wildlife like birds, fish, and other animals. A study done by environment scientist Sherri Mason revealed half a million microplastic particles in one square kilometer of water in the Great Lakes. As a result, Illinois became the first state to outlaw exfoliators with microbeads, with other states to follow. According to the site Beat the Microbead, some favored exfoliators, including Kate Somerville’s ExfoliKate Intensive Exfoliating Treatment and much of Clean & Clear’s line, contain microbeads. But here are eight microbead-free exfoliators that offer a gentle, nonabrasive way to slough off dead skin, whether it’s through rice bran, volcano pumice, muslin cloth, glycolic acid, or just using the same exfoliator Beyoncé uses. Click through for our favorite ways to save your skin (and save Flipper and assorted other cute wildlife). 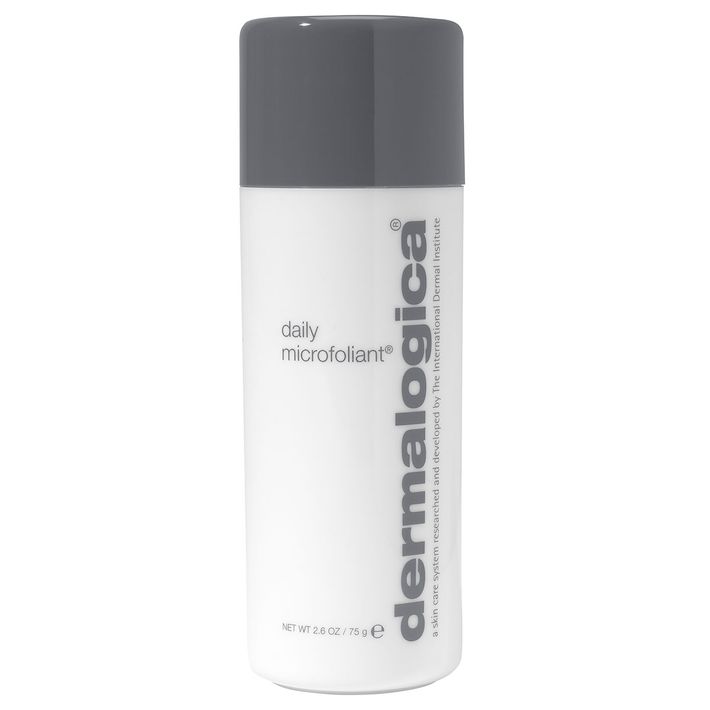 Dermalogica, the original U.S. pioneer of the double face-cleanse, also created one of the first exfoliant powders on the market. Add water to this rice-based powder to create a creamy exfoliant with tiny granules. This exfoliant is also full of skin-brighteners like bearberry, aspergillus, grapefruit, licorice, soothing green tea, ginkgo, and colloidal oatmeal. No dolphins being harmed here. 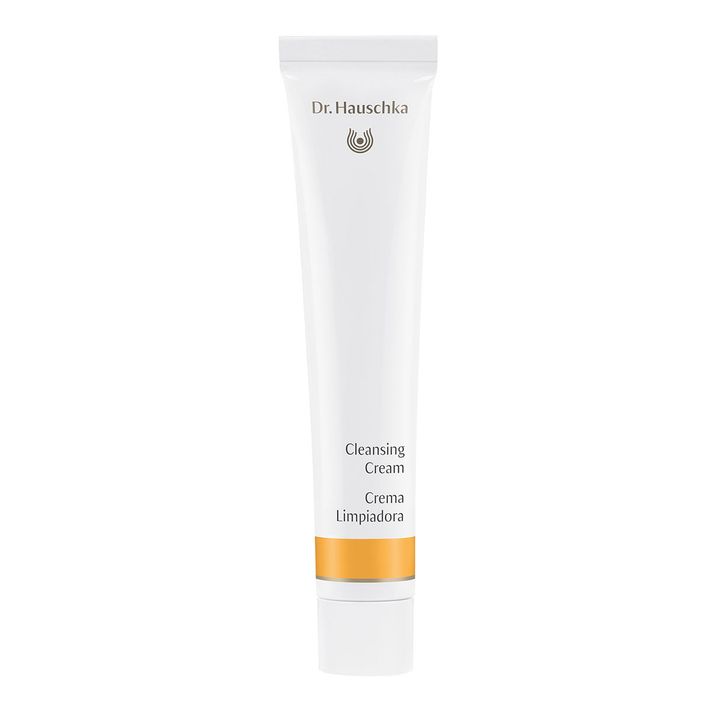 This cleansing cream feels like massaging wheat germ into your skin (in a good way — it’s just that calming and innocuous). The largely cream formula contains almond meal, with none of the harsh edges or scratchiness of an exfoliating bead. Dr. Hauschka recommends you use a “press-and-roll” motion with this cleanser, pressing the cleanser into your wet skin and then rolling (sort of making a windmillish motion) up your face. You’ll look a little ridiculous, but at least you’ll be saving whales. 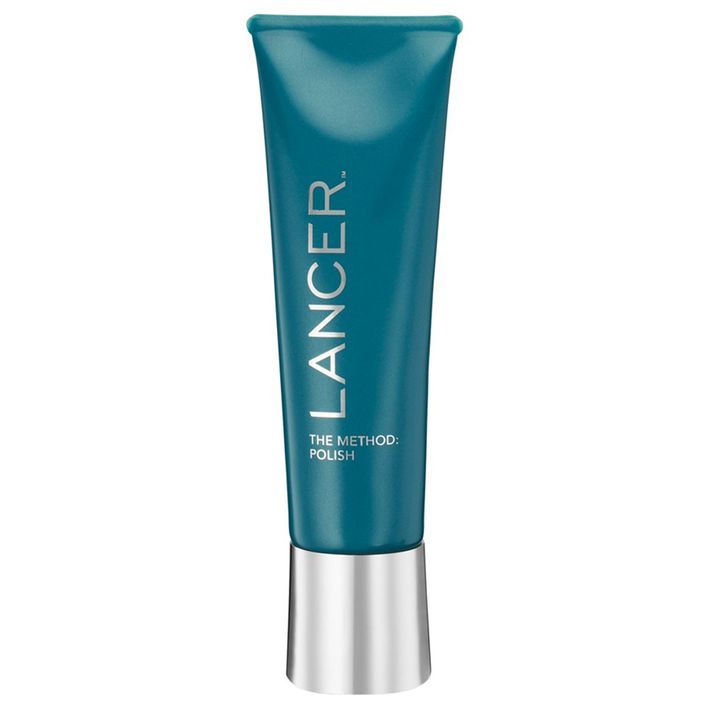 The same microbeads that slough away the dead skin of Beyoncé and Kim Kardashian can be yours. The granules in this exfoliator are made up of tiny quartz crystals and “sodium bicarbonate crystals of uniform size and shape.” Because it just wouldn’t do for Mrs. Kanye West to have asymmetric exfoliating grains. Just think of the days of ensuing skin touch-ups on Instagram. 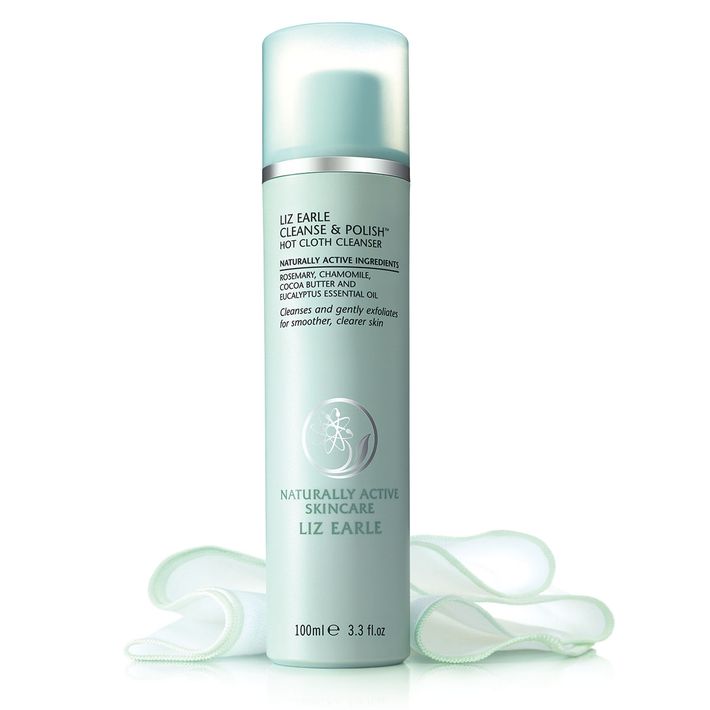 Although lesser known in the States, this British hot-cloth cleanser has won over 100 different beauty awards. The cleanser is a non-foaming cream you rub all over your face, using the included muslin cloth to remove unwanted oils in small circular motions. It’s a little more of a time-consuming wash, but your skin feels so warm and revived afterward that some people even skip moisturizer. 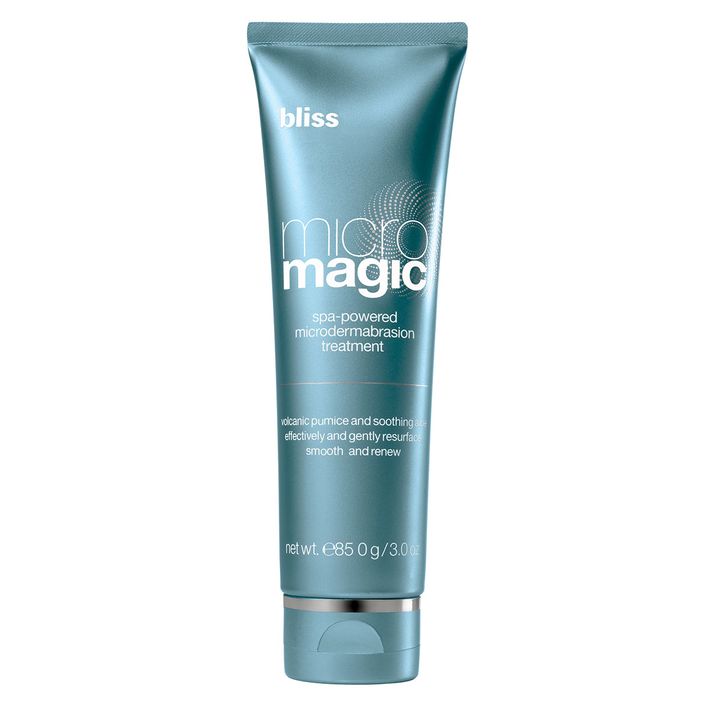 Unfortunately, Bliss’s classic Fabulous Foaming Wash does contain plastic microbeads. But their Micro Magic does not. The granules in this scrub are tiny bits of volcanic pumice, which deliver a superfine exfoliation that won’t lacerate sensitive skin. Be careful to fully wash out the exfoliator bits, as they are so fine they can get lost in the more Delevingnesque eyebrows. 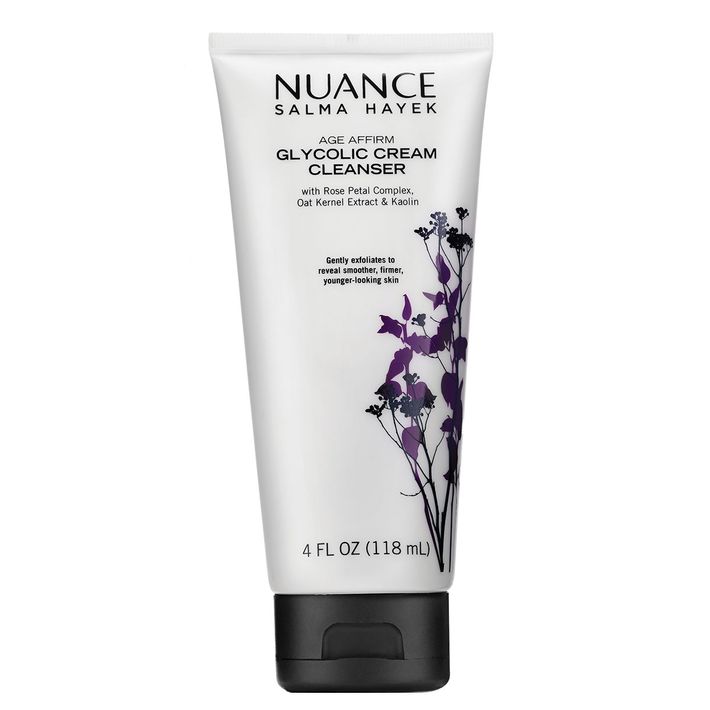 This cleanser delivers an exfoliating one-two punch. It has glycolic acid and a small amount of exfoliator beads made out of a plant-based derivative. It’s creamy and makes your skin feel soft and nourished, regardless of whether you’re trying to be as beautiful as Salma. 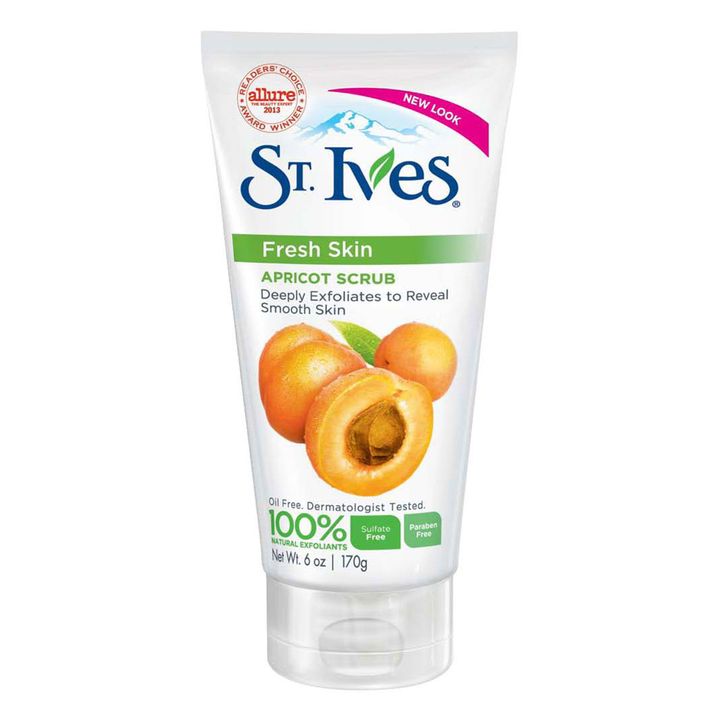 The world’s most beloved exfoliator, this is the “starter” exfoliator for anyone that’s never exfoliated before. It’s one of the more consistently reviewed products on MakeupAlley. Smelling this might transport you back to your teenage medicine cabinet, when your bathroom was stocked with Noxzema and Clearasil. 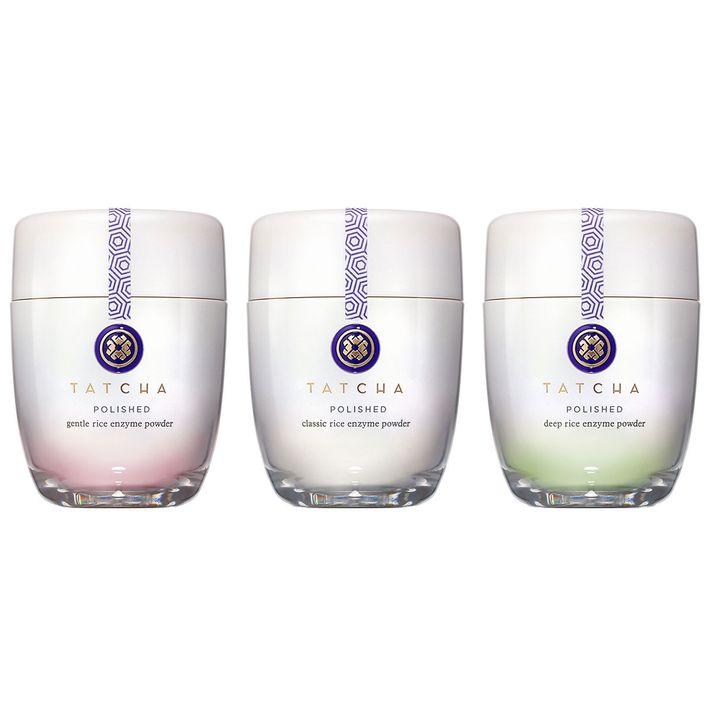 Like Dermalogica’s Daily Microfoliant, this is a gray exfoliating powder that becomes a creamy milk with the addition of water. You can choose the Classic, Gentle, or Deep (for more oil-prone skin). There are tiny bits of rice bran to remove dead skin; the product also contains papaya enzymes, Japanese rice bran, and green tea. It’s gentle and soothing and, for an exfoliator, very un-messy.

How to Stop Your Face From Shining Without Using Powder

Is Your Face Wash Killing This Dolphin?

please clap 27 mins ago
Gisele Stays Winning She wishes her newly retired ex the best of luck in all his future endeavors [prayer-hands emoji].
spring fashion 12:00 p.m.
Starting Over With a Divorce Registry “We don’t see these things as gifts.”
By Kathryn Jezer-Morton
beyonce 10:11 a.m.
Are You Ready for the Beyoncé Ticketmaster Bloodbath? Hope you’ve been saving for Renaissance tour tickets.
spring fashion 10:00 a.m.
Introducing Nico Parker Meet the breakout star of The Last of Us.
By Iana Murray
how not to f*ck up your face 9:00 a.m.
Dear Beauty Marketing: Stop Telling Me How to Look Younger Understand what you’re buying. Plus: solving a red-eyelid mystery.
my two cents 8:00 a.m.
Saving Money Is Ruining My Social Life Don’t lecture your friends on their finances. If they want to change, they will.
By Charlotte Cowles
problem solving 8:00 a.m.
The New Rules How to text, tip, ghost, host, and generally exist with others in society today.
By
i have questions Yesterday at 8:59 p.m.
We Need to Talk About David Harbour and Lily Allen’s Bathroom Why is there carpeting around the bathtub?
oh no Yesterday at 5:59 p.m.
Is This the End of Bed Bath & Beyond? The retailer is closing 87 locations and could be headed toward bankruptcy.
in her shoes podcast Yesterday at 3:43 p.m.
In a World Dominated by Filters, Paulina Porizkova Is Embracing Her Age  On this week’s episode of the Cut’s In Her Shoes podcast, the former supermodel talks aging, betrayal, and her career.
By the Cut
society pages Yesterday at 3:29 p.m.
The Whitney Art Party Gets Horn-y Go inside the museum’s astrology-themed event with Ashley Graham and Tracy Anderson.
healthcare Yesterday at 3:25 p.m.
Florida Wants to Force Student Athletes to Share Their Menstrual History The move raises concerns about potential legal repercussions for students suspected of having abortions.
obsessive tester Yesterday at 2:31 p.m.
30 Makeup Brushes Every Part of Your Face Will Enjoy Soft brushes at every price point.
academy awards Yesterday at 1:39 p.m.
Unpacking Andrea Riseborough’s Controversial Oscar Nomination Why are people so worked up about the actor’s grassroots campaign?
your next move Yesterday at 12:52 p.m.
‘I Hate My Cushy Job. Should I Suck It Up or Just Quit?’ The answer is right there in the question.
q&a Yesterday at 12:34 p.m.
Bethann Hardison Looks Back on Her Life With a New Documentary The activist and model spoke to the Cut about premiering Invisible Beauty at Sundance and why she refuses to use the term “Black excellence.”
finally Yesterday at 12:09 p.m.
Do I Feel Sad for Tom Brady Now? Having lost everything to football, the quarterback is finally retiring for real.
health and wellness Yesterday at 12:07 p.m.
Naomi Watts Wants You to Talk About Lube “What kind of Dry January have you had … Dry AF … am I right?”
marketing? Yesterday at 12:03 p.m.
Lingerie Ad Compares Bra to … Ryan Reynolds? Harper Wilde has pulled a truly bizarre endorsement (?) of their product.
spring fashion Yesterday at 12:00 p.m.
Everyone’s Dissolving Their Pillowy Filler Faces The filler era has ended. Now, everyone’s scooping out their face.
By Sangeeta Singh-Kurtz
More Stories