“Real-people casting” is decidedly not a new trend — by this point, it’s been employed by everyone from Dove to Lanvin to Uniqlo to V, which put a regular Jane on its cover in 2002 — but it shows no signs of slowing down.

Last week, DKNY cast “real New Yorkers” in its fall ads, Marc by Marc Jacobs recently found its campaign faces on social media, and Cara Delevingne is scouring Instagram for new models. So we decided to try to figure out what, exactly, it takes to make it as a “real-person” model. (Make sure to take “real” with a healthy dose of salt here.)

1. Have a hair color that falls on the Crayola end of the spectrum. (Like our sassy blue-haired friend in the Marc by Marc Jacobs campaign, or the dude in the DKNY campaign.) 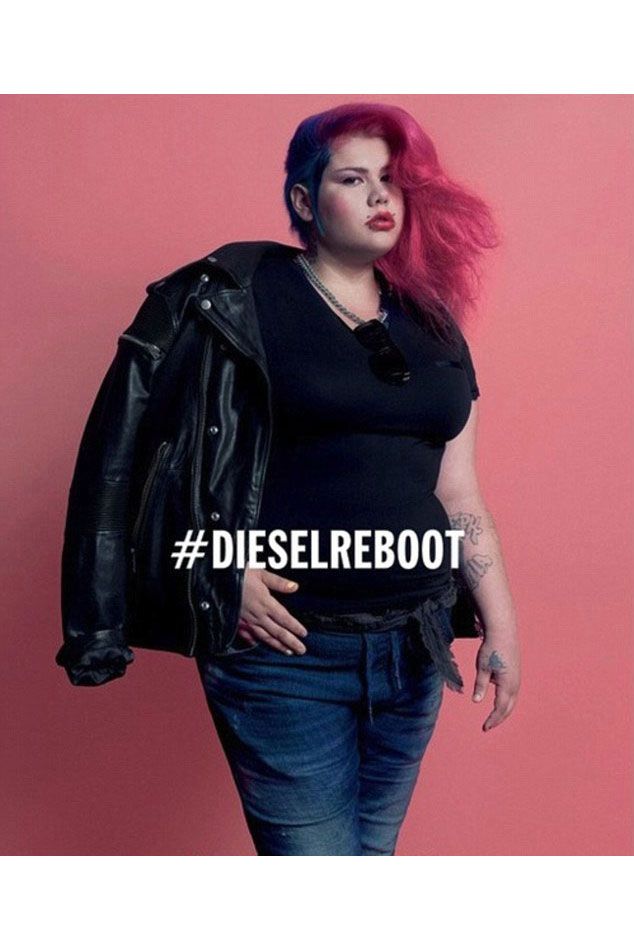 2. Have five or more hyphens in your job title. Sample: DJ-entrepreneur-kiteboarder–vegan baker–filmmaker. (Or this Lanvin model, who described herself as a “musician, activist, and podcaster.”) 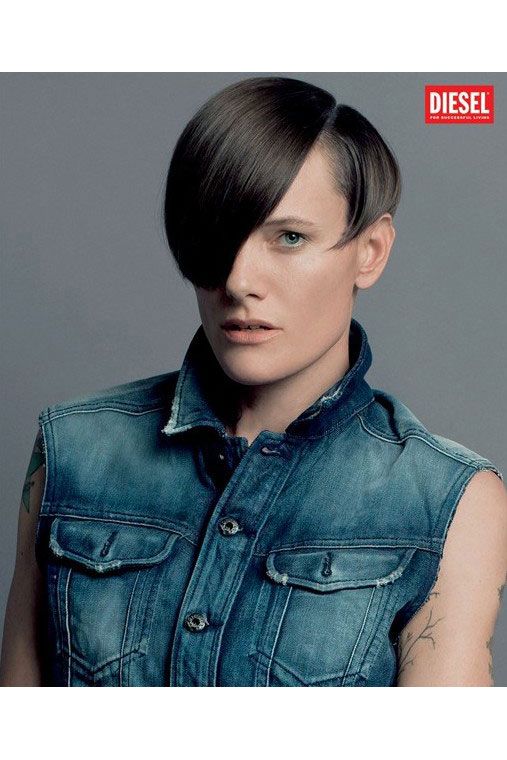 4. Have tons of freckles. 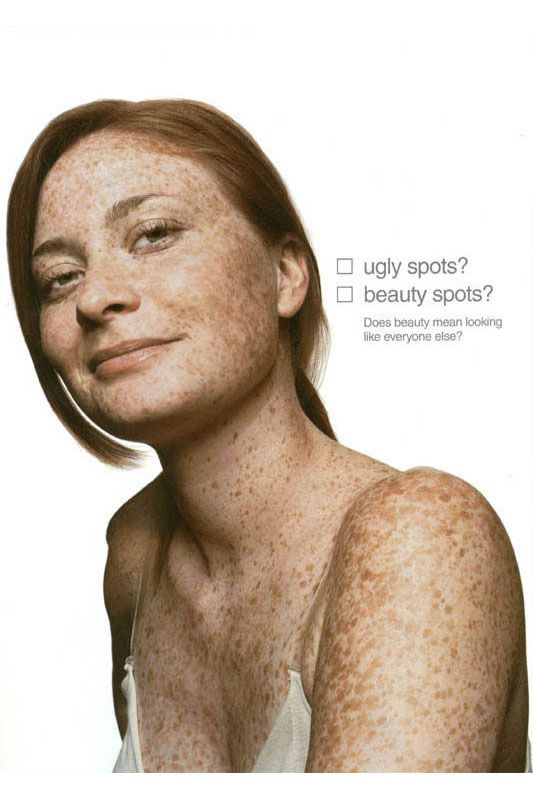 5. Have a septum piercing. 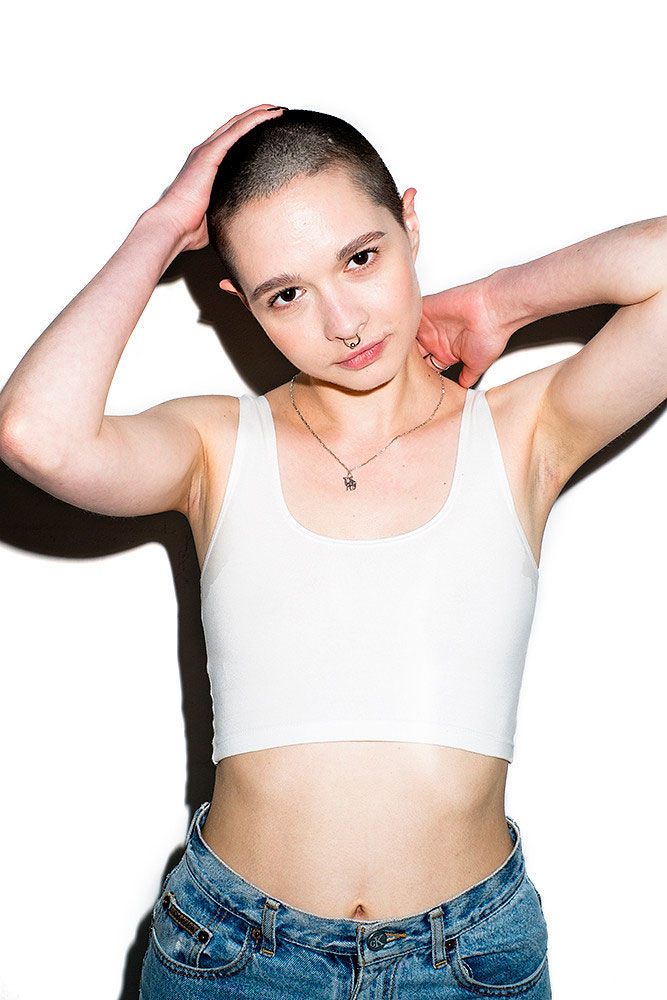 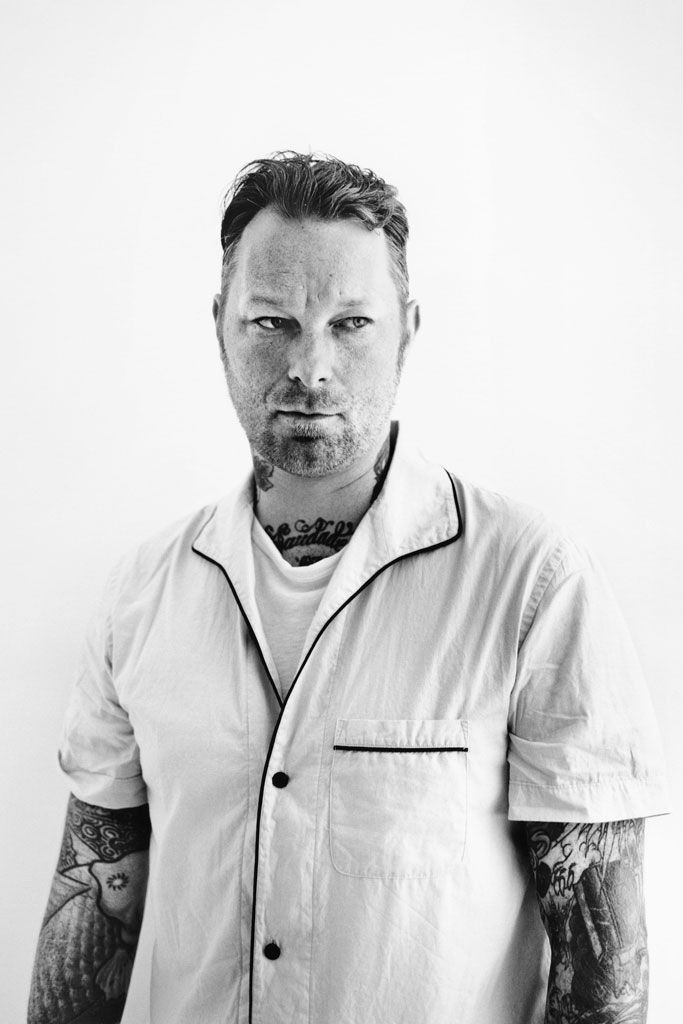 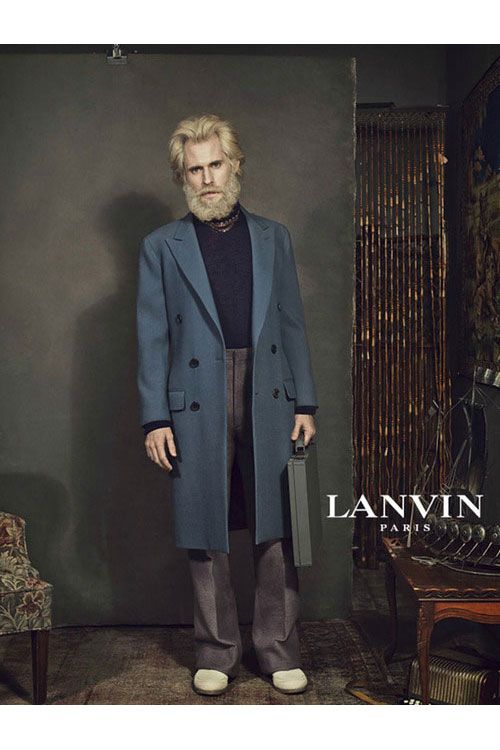 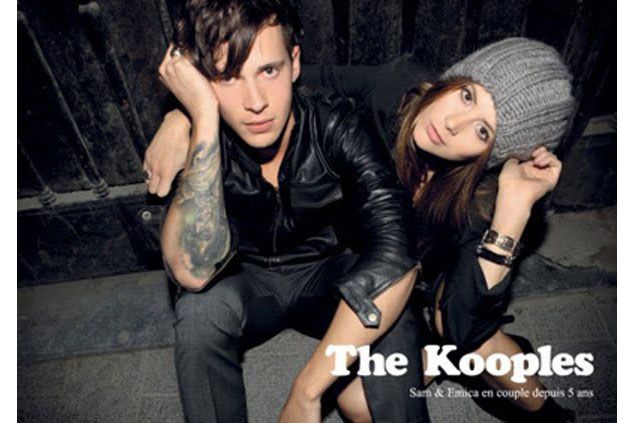 11. One well-placed wrinkle, along the smile lines, indicating a life joyfully lived. 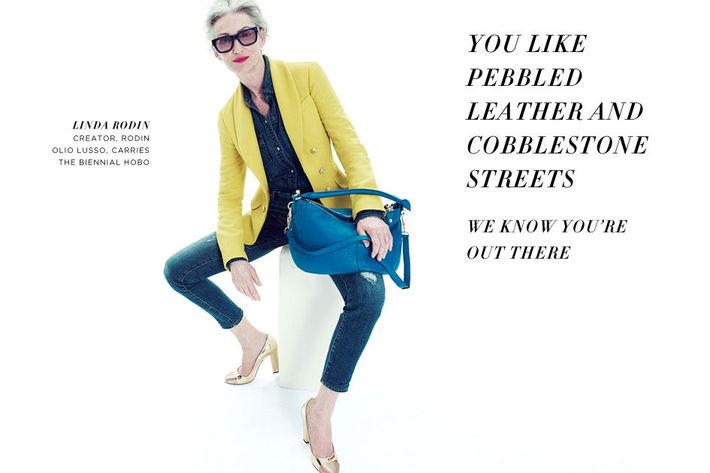 12. Actually be a model already. (Like Soo Joo Park and Eliza Cummings, in the DKNY campaign.)

13. Have been a model for 40-plus years. (Like Carmen Dell’Orefice. Or the lady below, modeling for Britain’s TK Maxx chain.)

14. Look exactly like a model, just a little shorter. 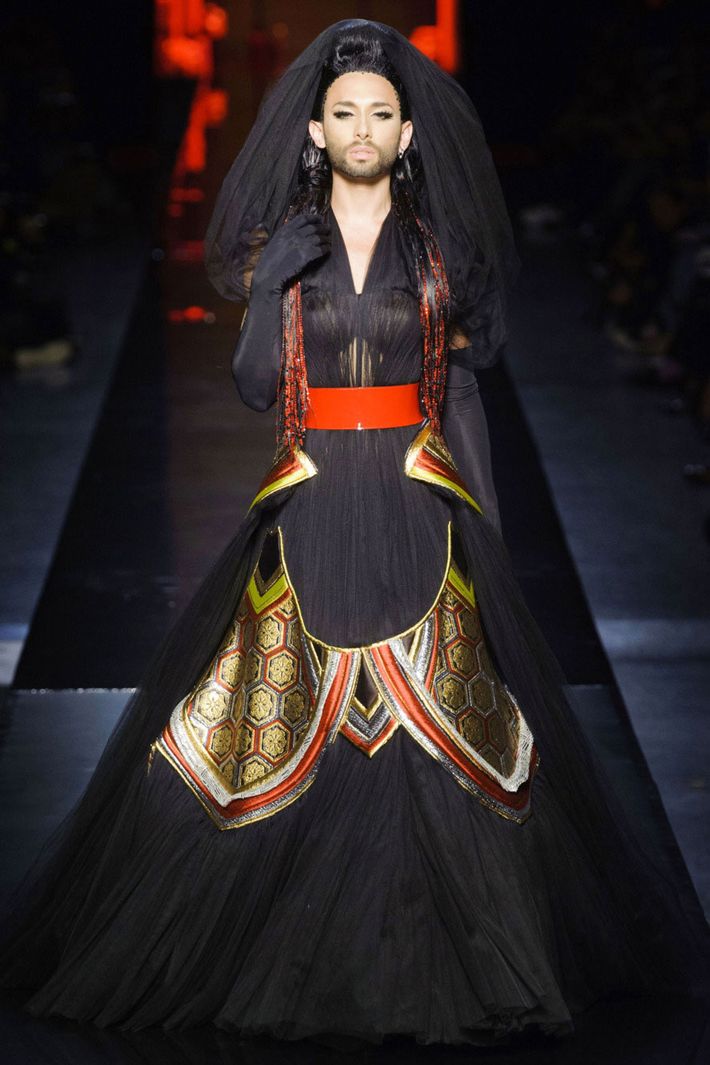 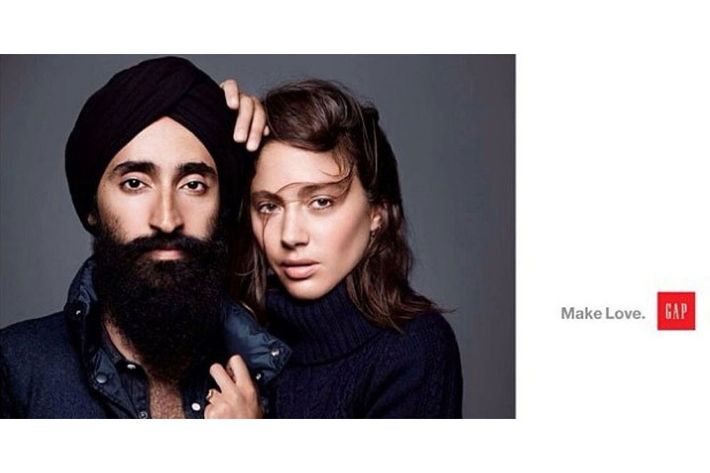 Delevingne Designs for DKNY, Wants You to Model

"try everything" -shakira 23 mins ago
Bye, Guy In their first video as an official trio, the Try Guys say they were just as shocked by Ned Fulmer’s behavior as you were.
wtf 7:16 p.m.
Everything We Know About Kanye West’s Harmful YZY 9 Show West printed a slogan on shirts at his YZY 9 show today that has been used by white-supremacist groups.
review 6:38 p.m.
Balenciaga Says, ‘Here’s Mud in Your Eye’ Demna toasts the wild and real.
By Cathy Horyn
power 5:57 p.m.
Iranian Forces Led Brutal Crackdowns Against University Protestors Despite forceful government intervention, women continue to take to the streets in defiance of government orders.
fashion 5:46 p.m.
Beyoncé Gave Us, Ahem, Some Visuals It’s a new Tiffany & Co. campaign, but still!
always shopping 5:15 p.m.
17 Work Blazers to Wear This Fall They’ll make even jeans and a T-shirt look professional.
By the Cut
power 4:52 p.m.
Everything to Know About the WNBA Star in Russian Custody As negotiations for Brittney Griner’s release continue, a Russian court has set a date for her appeal.
scene report 3:15 p.m.
Every Man at This Party Is Vouched For Tired of “liars and manipulators,” a group of single women started a mixer for meeting guys you can actually trust.
thanks i hate it 3:06 p.m.
Planned Parenthood Is Not a Fan of Blonde’s Talking Fetus The organization accused the Marilyn Monroe–inspired film of contributing to “anti-abortion propaganda.”
uh oh 1:03 p.m.
Kim Kardashian Is in Trouble for Promoting Crypto She recently paid the SEC $1.26 million for illegally plugging EMAX tokens.
brooding 12:00 p.m.
My Family, My Playlists The soundscape of a house is a shared space where we can expand into our feeling of belonging.
By Kathryn Jezer-Morton
bros 11:47 a.m.
Billy Eichner Is Disappointed With the Straights Eichner’s gay rom-com, Bros, opened in theaters this weekend, but the box-office performance was less than stellar.
how i get it done 7:00 a.m.
How Pantheon Editor Concepción de León Gets It Done She doesn’t write about self-help anymore, but she still had a lot of valuable career, money, and life advice to share.
By Bindu Bansinath
rip Yesterday at 10:47 p.m.
Sacheen Littlefeather, Actress and Activist, Dead at 75 She famously refused Marlon Brando’s Oscar for him in 1973 and was blacklisted for it.
astrology Yesterday at 8:30 p.m.
Madame Clairevoyant: Horoscopes for the Week of October 3 Mercury retrograde has finally ended. Although its effects will take time to wear off completely, we can all breathe a sigh of relief.
By Claire Comstock-Gay
sex diaries Yesterday at 8:00 p.m.
The Writer Staying on Her Crush’s Couch This week’s sex diary.
thanks i hate it Yesterday at 6:08 p.m.
Kylie Jenner’s Bleached Eyebrows Look Very Familiar Kim Kardashian’s little sister is following in her footsteps.
celebrity Yesterday at 4:20 p.m.
Britney Spears’s Mom Apologized to Her in an Instagram Comment “I am soooo sorry for your pain,” Lynne Spears wrote in part.
pfw spring 2023 Yesterday at 2:02 p.m.
The Best Street Style at Paris Fashion Week See our favorite looks from outside the shows, from Crocs to head-to-toe Dior.
By Olivia Luppino
celebrity Yesterday at 12:48 p.m.
Trevor Noah And Dua Lipa Sure Look Cozy A source claimed the pair are “just friends” after they were spotted kissing in New York City this week.
More Stories