It’s finally happened. America’s young singles are so desperate to find love that we’re willing to try anything. We’re willing to date naked. VH1 has capitalized on our plight with Dating Naked, which offers the lonely a chance to find love by stripping and going on blind dates.

Last night our first Adam and Eve took an inaugural stroll through this jungle to show us what true vulnerability looks like: Nobody knows where to look, but shockingly, there are no accidental boners. Other than that, it’s the same ol’  cocktail of jealousy, competition, villains who refer to themselves in the third person, and people who desire love so much that they’re hard to watch. Unfortutately, there’s also a real lost opportunity for comical junk concealment, à la Austin Powers.

Adam is played by Joe, a 24-year-old muscley dude with an annulled marriage in his past. Eve takes the form of naked Wee Wee (née Christina), a 36-year-old fresh out of a ten-year relationship who hasn’t had sex in over a year. Both are ready to disrobe for love. So ready. 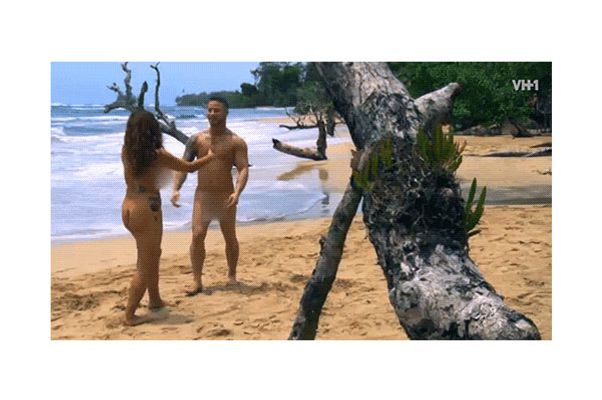 They meet, naked, and have their first date. With each other!  Doing the only kind of activity befitting total nudity: rolling around in a big clear ball in the ocean. 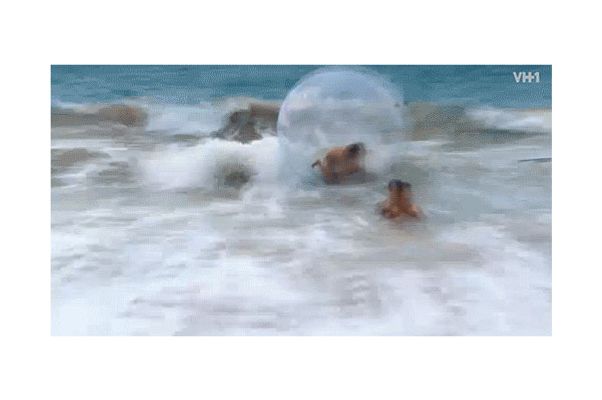 Later, the two have a nice dinner where they get to put on clothes and expose themselves in other ways. They talk feelings for a moment or two before stripping down again. Wee Wee is clearly cuckoo for Joe. Joe is kiiiiind of into it, but then he meets Jasmine.

Joe is immediately excited by Jasmine, so much so that it probably caused some problems in postproduction. She isn’t that into Joe, but may not realize the prize is Joe. 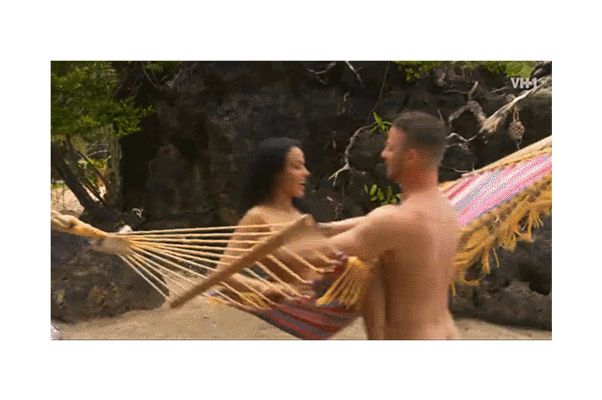 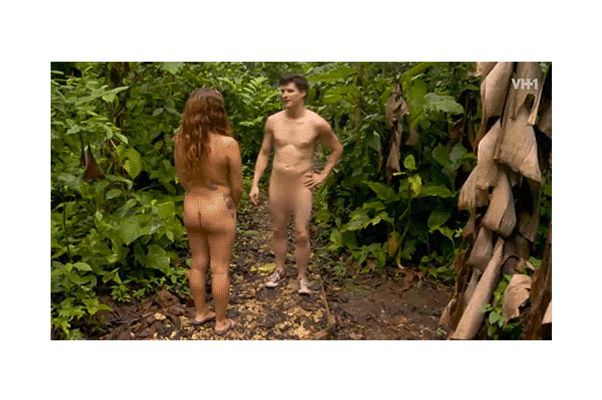 On the other side of the island, poor Wee Wee has to go out with Jack, who is so pale I thought VH1 had somehow set her up with a ghost. They have a “body painting date” (kudos to Vh1 for thinking of so many naked activities), where Jack paints her a portrait with his penis — a “soft brush,” he jokes. 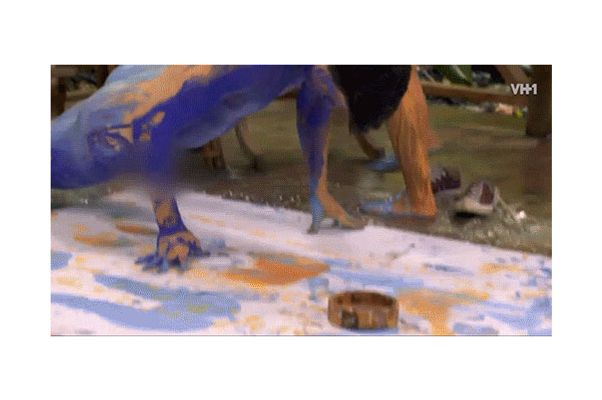 Wee Wee isn’t into the Ghost of Jack. Jack doesn’t really care because he meets Jasmine. So now, Jack and Joe are both pining for Jasmine, Jasmine wants no man, and poor Wee Wee is just waiting for Joe to notice her again. She prepares for her third date, even though she knows any suitor will just pale in comparison to Joe, beloved Joe.

Joe continues to receive gifts he does not deserve. This time it’s  Chrissy, who is really hot and smart and has a (maybe fake) British accent. They go naked powerboating, while Chrissy tries to distract Joe from staring at her breasts. 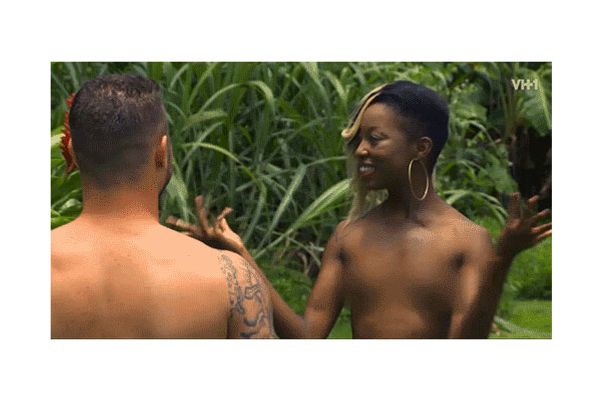 Meanwhile, it’s like VH1 is punishing Wee Wee for choosing to call herself Wee Wee. Her third date is in the jungle with someone named Justice who speaks in third person. They watch birds. 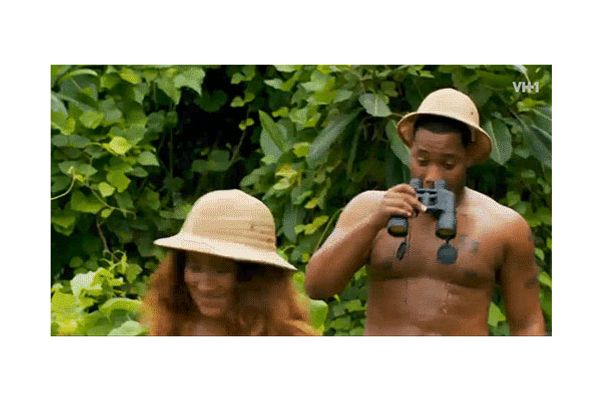 But Justice turns out to be a player. Last night, the experiment of dating in the buff taught us that you can be totally naked but still conceal the dark parts of your soul. In the end, Joe settles on devoted, loyal Wee Wee. The original Adam and Eve, finally together — just like God and VH1 intended.

my two cents 8:00 a.m.
‘I Was Harassed at Work. Can I Afford to Sue?’ Taking legal action might be more feasible than you think.
By Charlotte Cowles
recap 8:00 a.m.
And Just Like That … Miranda Blows Up Her Life, Again At least Harry doesn’t have penis cancer.
first person 7:00 a.m.
The First Time Was Terrifying. Now, It’s Just Excruciating. My family’s second bout with COVID might be worse.
By Reyhan Harmanci
valentine's day 7:00 a.m.
40 Valentine’s Day Gifts From Target All the heart-shaped products your heart desires.
zodiac seasons 7:00 a.m.
Your Guide to Aquarius Season Now is the time to be inventive and rebellious.
By Claire Comstock-Gay
succession Yesterday at 7:54 p.m.
Let This Brian Cox Quote Be Your Guide The Succession star is “too old, too tired, and too talented,” and, honestly, same.
tv Yesterday at 6:23 p.m.
Here’s Sebastian Stan on Filming With an Animatronic Penis The actor had a one-of-a-kind experience filming Pam & Tommy.
valentine's day Yesterday at 3:11 p.m.
58 Gifts for the Person You Love They deserve the world, but these picks will work too.
celebrity Yesterday at 1:59 p.m.
Finally, Something Bono and I Can Agree On He is apparently embarrassed by “most” of U2’s music.
news Yesterday at 1:56 p.m.
Cardi B Offers to Pay Funeral Costs for Bronx Fire Victims Last week’s apartment fire left 17 people dead and over 60 injured.
self Yesterday at 1:15 p.m.
I’m Tired of Explaining Why I Don’t Drink We have to expand our language beyond “sober.”
By Sarah Wood
remembrances Yesterday at 12:39 p.m.
The Fashion World Remembers André Leon Talley Designers, writers, and celebrities paid tribute to the inimitable fashion icon, who died on Tuesday at 73.
vampires Yesterday at 12:08 p.m.
Megan Fox’s Engagement Ring … Bites? “The bands are actually thorns. So if she tries to take it off, it hurts.”
celebrity Yesterday at 11:03 a.m.
Tracing the Ongoing Feud Between Britney and Jamie Lynn Spears Things spiraled out after Jamie Lynn went on Good Morning America to promote her new book.
style Yesterday at 9:35 a.m.
Anna Wintour Remembers André Leon Talley The Vogue editor mourned her friend and former colleague, calling him “a brilliant and compassionate man.”
in memoriam Yesterday at 8:33 a.m.
André Leon Talley Has Died The former Vogue creative director and editor passed away unexpectedly this week at the age of 73.
culture Jan. 18, 2022
There Really Is a Coordinated Online Attack on Meghan Markle A new analysis found that the Duke and Duchess of Sussex were the targets of a strategic, monetized social media campaign against them.
euphoria Jan. 18, 2022
8 Pieces You Can Shop From Episode 2 of Euphoria By Kim Shui, Réalisation Par, Nodaleto, and more.
fashion Jan. 18, 2022
All Signs Point to a Big Year Ahead for Aimé Leon Dore The cult menswear brand has a New Balance collection in the works and LVMH money in its pocket.
engagements Jan. 18, 2022
What Is Machine Gun Kelly Hiding? The story of his proposal to Megan Fox isn’t adding up.
More Stories