Marya Hornbacher developed bulimia at 9, anorexia at 14, and cycled in and out of eating-disorder clinics and hospitals until, weighing 52 pounds at age 18, she was told she wouldn’t live longer than a week. Somehow she did, chronicling her descent into disordered eating and recovery from it in the 1998 best-selling memoir Wasted. Since then, Wasted has become something of a cult classic amongst eating-disorder memoirs, selling more than a million copies, which are often dog-eared and passed between teenage girls. The book has also faced intense scrutiny, most recently in Kelsey Osgood’s How to Disappear Completely, which suggested that anorexia memoirs function more as a guidebook than as a deterrent.

This year, Hornbacher rereleased Wasted with a new afterword — one she says is intended to set the record straight. She spoke to the Cut in a telephone interview about her mixed feelings about the book, her response to its critics, and what it was like for a body-obsessed young woman to see pictures of herself in bookstores around the country. 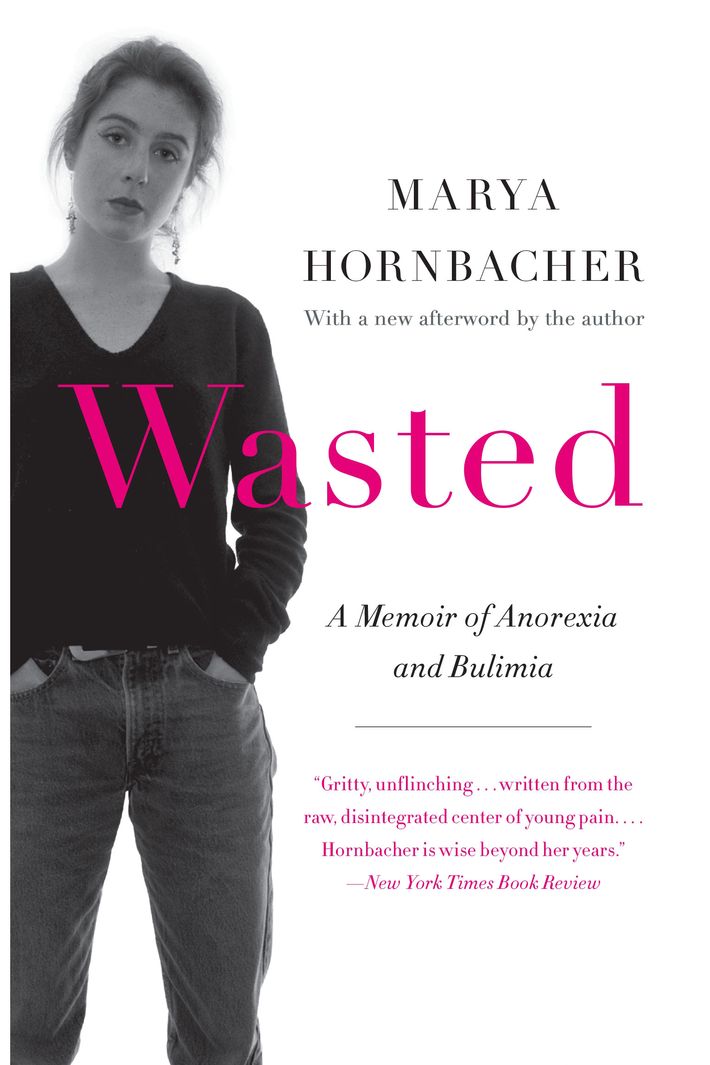 What was it like to write Wasted?
It certainly wasn’t therapeutic, as so many people have suggested about confessional-type books. It was really wrenching to go back and hold up a real mirror to how I had lived and what I had believed. I was so angry, at myself and at my world, and I felt like I needed to come out against a culture that celebrated eating disorders. It was deeply painful for me, but I wrote it because at the time eating disorders were a mysterious, glamorous illness and I wanted people to know what it really looked like.

You were only 23 when it was published. Did you expect it to cause such an uproar?
Going on a book tour as a 23-year-old kid with a book that disturbed so many people was really difficult. I didn’t have any idea that what I was saying would shock in the way it did. I’d spent so many years surrounded by people with eating disorders, girls who’d gone through that same thing. Even though I recognized that it was sick, it also seemed so normal.

After Wasted was published, did you relapse again?
Briefly, yes. There are a lot of rumors out there about me. More than anything, I went on tour for six months, got sick, was drinking too much, wasn’t eating enough, and was exhausted. I went back in the hospital voluntarily to get reset. Since then, I’ve gotten sober. Getting treatment for what was then-undiagnosed bipolar disorder has also been extremely helpful in my recovery process.

Bulimia Comes Out of the Closet

There’s this part early in the book where you mention a “deep, abiding fear of jeans,” and yet, on the cover, you’re wearing a pair. Was that difficult?
That photo wasn’t actually taken for the book; it was taken when I was 17. Originally, Harper [Collins, the book’s publisher] requested all the garish, train-wreck type photos of me at a really low weight and I was like, “Absolutely not.” In that photo, I’m still in the midst of my eating disorder, but, because my weight was fluctuating so much, it’s less extreme looking than the photos that they wanted. Regardless, their decision to put a photo on the cover was incredibly distressing to me. I was mortified. It felt like, “Do you not see how this replicates what I’m fighting against?” I think that one of the reasons I felt so chased by that book was that my face was on it.

What about looking at the cover now?
It’s like seeing a ghost. I find it really hard to look at. I feel really far away from that self, but I think I have a greater understanding of who I was then because I’ve been in therapy forever.

In the 15 years since Wasted was published, there’s been so much more awareness about eating disorders. Every middle-school girl knows what anorexia is. Do you think all this awareness is useful?
Writing Wasted, I wanted to let people know they weren’t alone in struggling with an eating disorder. Now it feels like we’ve got one on a national level. It’s like, what is “thigh gap”?! We weren’t talking about that when I was in treatment. The increasing fixation on the idea of perfection and the perfectable body scares the hell out of me. The parameters for an acceptable body and an attainable body have become even narrower. We’re more aware now, but also more obsessed.

In the original introduction to Wasted, you write that an eating disorder isn’t something you can just “get over,” that it’ll haunt you for the rest of your life. In the new afterword, you suggest the opposite. Is that what drove you to write the afterword?
Yeah. I felt like I needed to change the story. At that time, and still to some extent today, the running line in therapeutic circles was the patronizing notion that you’ll always struggle with your illness. To me, that’s like consigning someone to hell. I don’t buy it. I know so many women and men who’ve recovered. They’ve worked their asses off.

Have you fully recovered from your eating disorder?
Absolutely.

In How to Disappear Completely, Kelsey Osgood suggested that eating-disorder memoirs function more as how-to than warnings. Was that notion surprising to you?
It’s never been an easy book to own, and it was heartbreaking to hear that people have used Wasted as some sort of a guide. I was stunned. It makes me tear up just thinking about it.

I think Kelsey is smart as hell, but I think she lacks the cultural context to understand Wasted. I don’t think she’s recognized how much the language around and understanding of eating disorders changes over time. People didn’t have today’s in-depth understanding of what eating disorders look like when I was writing. Both she and I were hopeful that our books could speak only against eating disorders. That’s just not possible. My feeling about Wasted is if you’re using it to trigger yourself on purpose, that’s your problem. If you’re using it as a how-to, that’s your problem — you’re misusing it. However, if you are using it and it simply triggers you, put it down. Walk away. I don’t want to say I’m not responsible for what I said. We have to own the impact of our work, and that’s a very painful thing to own.

Fifteen years later, how do you feel about publishing it?
I feel very mixed. I’m glad you asked that; everyone assumes I’m either happy I published it or upset, but I feel both.

In the afterword, you talk about hope, citing a friend who says it isn’t a strategy. What does that mean?
Hope is an ingredient. Hope is water, you’ve got to have it, it’s necessary to health, but if you try to live on it, you’re screwed. Recovery is not dramatic, it’s not a call from God; it’s really basic and actually quite boring. You can’t just sit there, hoping it’ll happen to you; you’ve got to make it happen.

Is it as simple as the experiences you have at the end of Wasted, where a friend is teaching you how to make soup?
Yeah, it’s all about the little choices that one makes day to day. If that’s soup, great. If that’s taking a walk, but only going three blocks, great. If that’s eating a cookie and not throwing it up, great. Whatever it takes.