Earlier this summer, the style gods (who must have received our many offerings) kindly resurrected short-shorts as an actual menswear trend. And who better to embrace it then the leggy men of professional soccer? German player Lukas Podolski tweeted a shot of him and his “bros” casually bro-ing out with their regulation-length pants rolled into the shortest shorts the summer season has seen.

The trend has spread from Germany to France, but no team is more fervent about their high exposure than the gentlemen of Team Chile who, lead by booty-short-clad forward Alexis Sanchez, wear their shorts really short. Click through our slideshow to see the shortiest-shorts of the World Cup season so far. 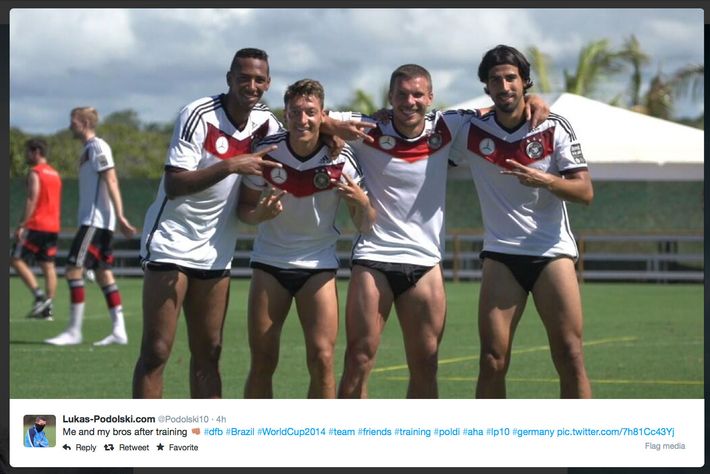 Here, Sanchez demonstrates how to properly bunch up fabric for maximum thigh-exposure.

But he’d like everyone to know that he is, in fact, wearing underwear. 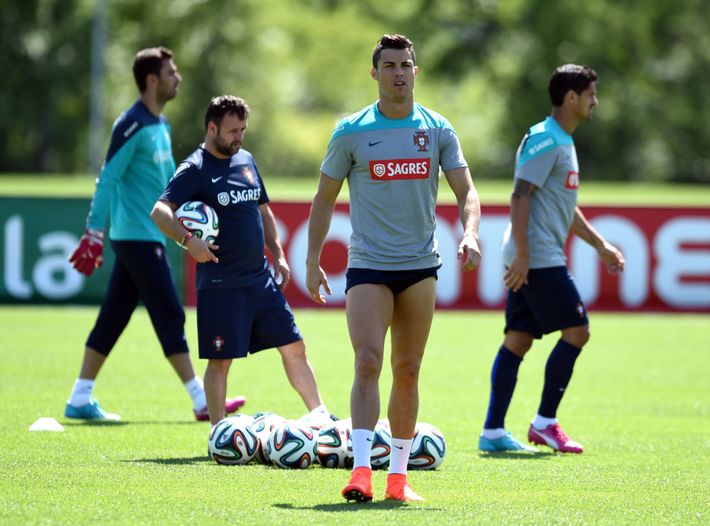 Ronaldo teaches his team the proper booty-strut. It involves clenching.

Sanchez’s booty-shorts campaign has evidently spread to other members of the Chilean team. 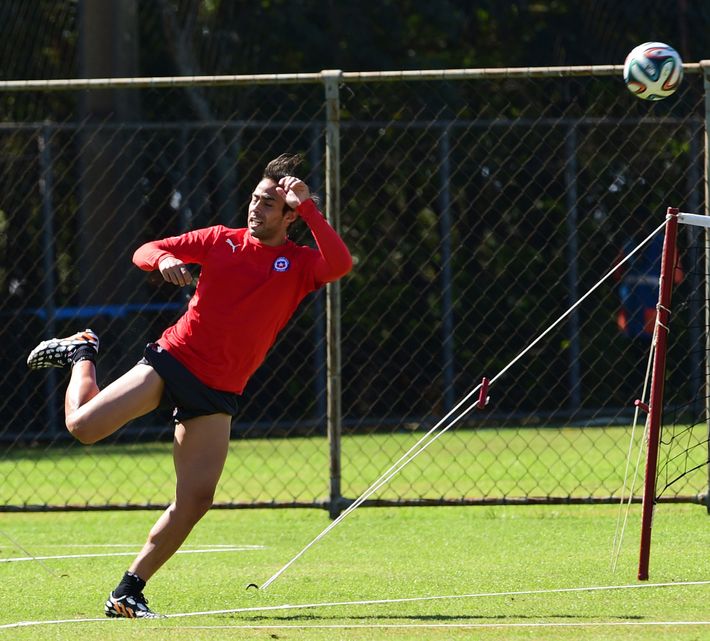 Valvída, an early adopter of the trend, shows how freely one can move with 75 percent less fabric.

I see London, I see France, but I sure as hell can’t find Sakho’s underpants.

Timid Robben wasn’t ready to go full short-shorts, so he selected some white spandex for layering. 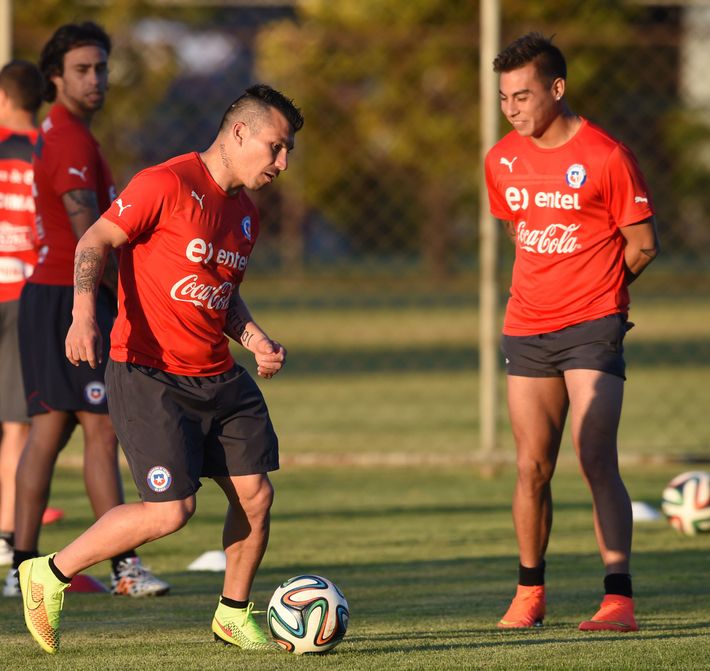 Once again, Chile is a nation that fully supports the male short-short.

The Men of the World Cup Wear Shorty-Shorts