Lest you think Facebook is the only site conducting experiments on its users, OKCupid published a blog post today on a few of the ways the dating site has transformed itself into a little online love laboratory. One of the most interesting findings: No one pays much attention to the words you so painstakingly chose to describe yourself. 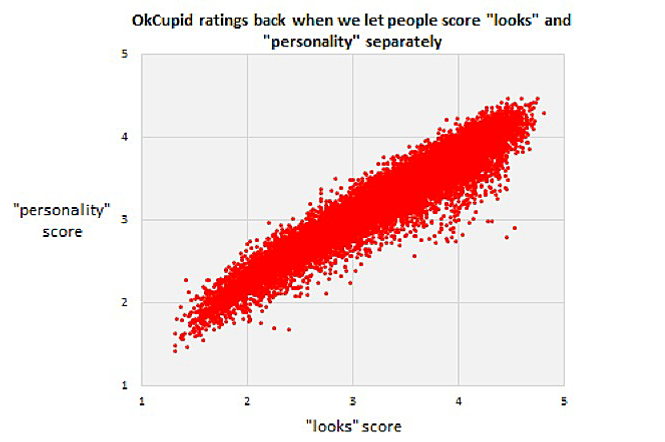 Once OKCupid’s administrators realized that having two rankings wasn’t giving them any additional, useful data, they replaced the two with just one overall rating — though they were pretty sure users were still mostly judging from the photographs. To test this, they manipulated the profiles of about 10,000 users and hid the text on their profiles about half of the time, allowing them to see how much the text influenced the person’s ratings: 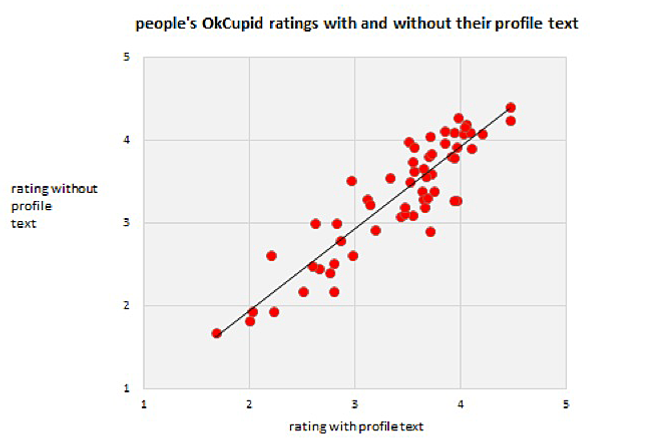 The results? “Essentially, the text is less than 10% what people think of you,” Rudder writes. “[Y]our picture is worth that fabled thousand words, but actual words are worth … almost nothing.” All the more reason to worry about your profile picture.

No One Reads the Words on Your Dating Profile