Transcendent Beauty – SK-II Series on Lifestyle & Skincare
SK-II’s miracle ingredient, Pitera™, was discovered after noticing how remarkably soft aged sake brewers’ hands were, in contrast to their wrinkled faces. Scientists discovered that a mix of vitamins, amino acids, minerals, and organic acids in the brew triggered skin’s natural rejuvenation process. SK-II believes in the link between a healthful lifestyle and healthful skin. In part 1 of a series that delves into the connection between a balanced life and balanced skin, we explore how a healthy lifestyle affects your outer beauty.

There are many philosophical reasons why Denise Mari, founder of the juicing mini-empire Organic Avenue, became vegetarian and then vegan. “You gain a conscious life,” she says. “The most rewarding benefit has been the higher level of guidance and purpose in my life.”

But Mari, who holds a degree in human nutrition, is just as equipped to discuss the physically transformative benefits of giving up meat, which some studies claim can minimize wrinkles. In a continued effort to nourish both your inner health along with your skin, we asked Mari to detail what one gains from letting go of animal products.

According to a Gallup Poll in 2012, five percent of Americans considered themselves vegetarians. “I stopped eating fish at age 8, became full vegetarian at 18, and vegan at 23,” says Mari. “I now eat my fare share of cooked vegan, plant-based foods yet always strive to add more raw, and keep up with periods of juice-cleansing.” 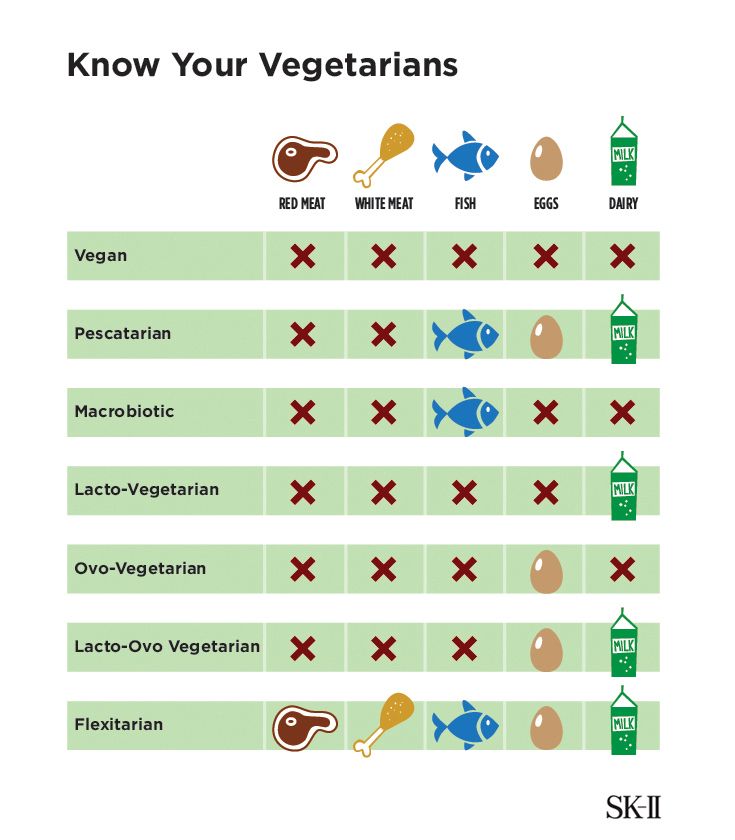 “The promise of disease and early death made by following a standard American diet has become very clear,” explains Mari. “I think a healthy lifestyle including a pure plant-based diet is appealing to common sense and is being backed up by science everyday. So it’s becoming increasingly difficult to deny its place at the table. Most diseases—diabetes type II, heart disease, obesity, cancers—can all be linked to a poor or standard American diet.” 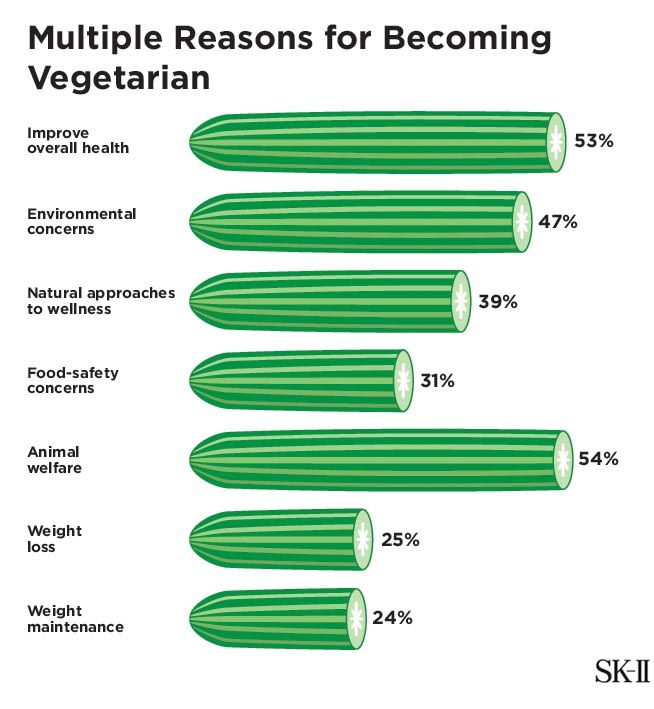 By switching to a vegetarian diet, Mari says, “You gain life, a conscious life.” More specifically, giving up animal products yields positive gains, such as “the emotional benefits of better mood along with more sustainable energy”—best of all, she adds, “clear skin.” 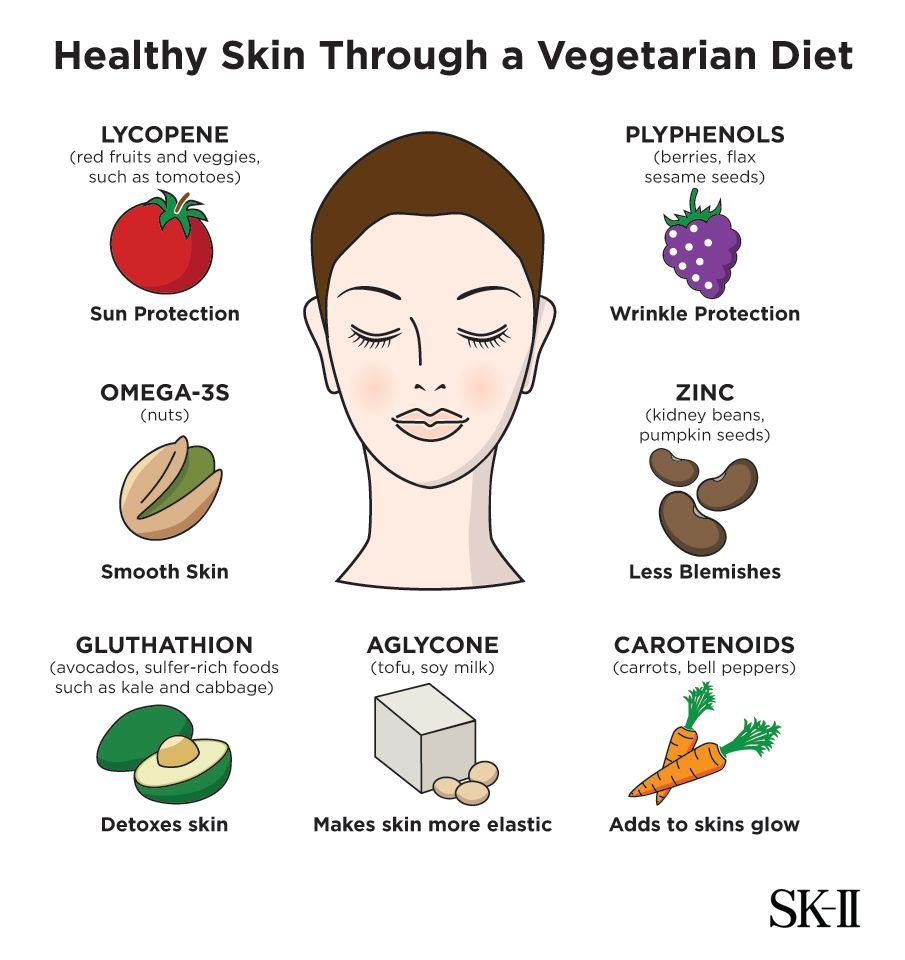 A healthy lifestyle incorporates an all-natural beauty regimen. Mari focuses on skincare that targets her skin’s fundamental health. In a similar way, SK-II Facial Treatment Essence, in enhancing the skin’s natural renewal cycle, is the foundation for a radiant complexion.

intimacy coordinators 1:17 p.m.
Amanda Seyfried Reflects on Feeling Pressured Into Nude Scenes “I didn’t want to upset anybody, and I wanted to keep my job.”
??? 12:12 p.m.
Prince William Apparently Has Another Sexy Nickname In addition to the “Prince of Pegging,” of course.
parenthood 12:05 p.m.
Mindy Kaling Does Not Care Who You Think Her Kids’ Father Is Apparently, speculation that it’s B.J. Novak doesn’t bother her.
sobriety 12:00 p.m.
‘Can I Stay Sober Without Counting the Days Since My Last Drink?’ If adding up the days one by one makes you feel bad, rethink the math.
By Ana Marie Cox
life after roe 11:20 a.m.
Mom and Teen Daughter Accused of Illegal Abortion Based on Facebook Messages Police obtained Facebook messages in which they discussed ending the then-17-year-old’s pregnancy with pills.
encounter 10:00 a.m.
Abbi Jacobson Knows the Pressure Is On A League of Their Own, her first big project since Broad City, premieres this Friday.
By Katie Heaney
celebrity Yesterday at 2:29 p.m.
Has Camila Cabello Moved on With a Dating-App Founder? She was recently seen holding hands with Lox Club founder Austin Kevitch.
culture Yesterday at 1:10 p.m.
How Jennette McCurdy Survived Child Stardom — and Her Mother She spoke with the Cut about her memoir, her mother’s abuse, and finding solace in Disneyland.
fashion Yesterday at 12:23 p.m.
Japanese Designer Issey Miyake Has Died at 84 Known for his innovative Pleats Please collections, Miyake was a fashion innovator for five decades.
ask a boss Yesterday at 12:00 p.m.
‘I’ve Been Overworked for Months and My Manager Won’t Help’ You need to be less invested in keeping your office running smoothly.
the bachelorette Yesterday at 11:51 a.m.
So, Who’s Going to Win The Bachelorette(s)’? Mid-season front-runners have emerged.
goat Yesterday at 11:49 a.m.
Serena Williams Announces Her Retirement From Tennis In a Vogue essay, she says she plans to step away from the sport after the U.S. Open wraps next month.
gone sale-ing Yesterday at 11:21 a.m.
Restock Your Fall Beauty Lineup During Dermstore’s Anniversary Sale These fall faves will keep your skin glowing like it’s summer.
all of the lights Yesterday at 11:00 a.m.
11 Light-Therapy Masks That Will Make Your Skin Glow Even after you take them off.
celebrity Yesterday at 10:20 a.m.
Did Rita Ora and Taika Waititi Secretly Get Married? Reports of an intimate London wedding have emerged after they were spotted wearing matching rings in Paris.
allegations Yesterday at 9:40 a.m.
All the Allegations Against Ezra Miller The actor has been charged with felony burglary in Stamford, Vermont.
accidents Aug. 8, 2022
Anne Heche in ‘Extreme Critical Condition’ Following Car Crash According to a representative, she has remained in a coma since shortly after the accident.
crime Aug. 8, 2022
Everything to Know About the Ahmaud Arbery Murder Case Travis and Gregory McMichael have received second life sentences for federal hate-crime charges.
celebrity Aug. 8, 2022
Olivia Newton-John Has Died Her Grease co-star John Travolta paid tribute to the actor on Instagram.
crime Aug. 8, 2022
What We Know About the Disappearance of Gabby Petito Her parents are now suing Brian Laundrie’s parents and the Moab, Utah, police.
More Stories