Earlier this summer, we reported that the unlikely trio of Kimye and Aaron Paul would be attending Riccardo Tisci’s 40th birthday bash in newly re-“it”-ified Ibiza. Well, it looks like the Kim half of Kimye has arrived, based on this aerial photo, and if you follow the summer’s ultimate FOMO-inducing hashtag, #ibiza74 (the 74 refers to the Givenchy designer’s year of birth), you can see that Kate Moss, Kendall Jenner, Pharrell, Naomi Campbell, Mariacarla Boscono, Anna Dello Russo, Mert and Marcus, and the Brant brothers are already participating in the fun. There are SoulCycle classes with matching T-shirts and hashtags. There is male-on-male-on-male cuddling. There are glamour shots. There are coy selfies. There is partying like it’s 2004. There is someone taking (gasp) an EasyJet flight. And this is just the beginning of what’s already set to be an epic weekend. Forget spending the weekend glued to your lame acquaintance’s wedding hashtag — to ensure maximum self-loathing, huddle closer to your pitiful window air-conditioning unit and take a deep dive into #ibiza74. We’ve rounded up the highlights so far for you — a family album of sorts. 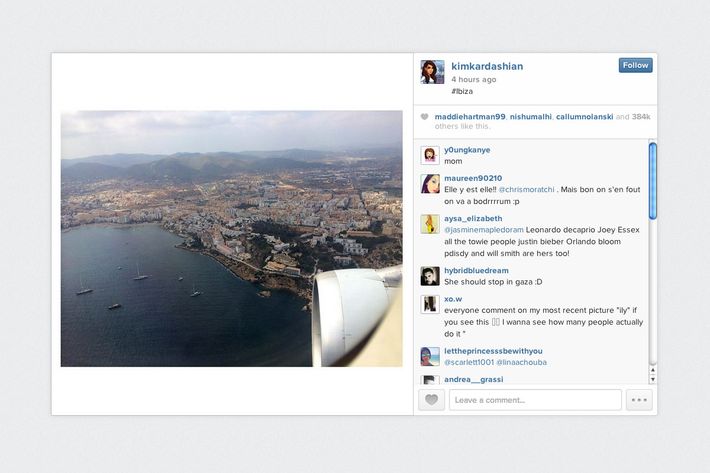 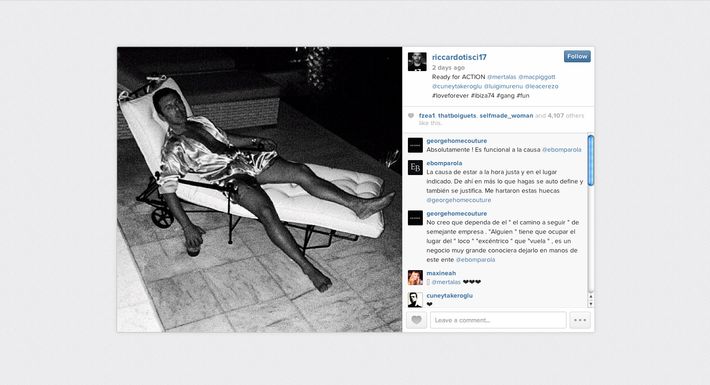 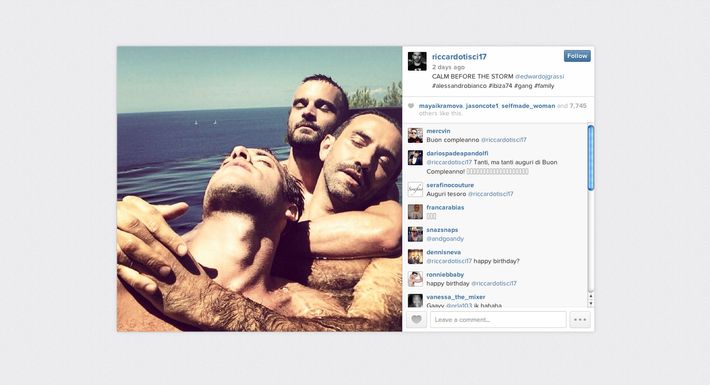 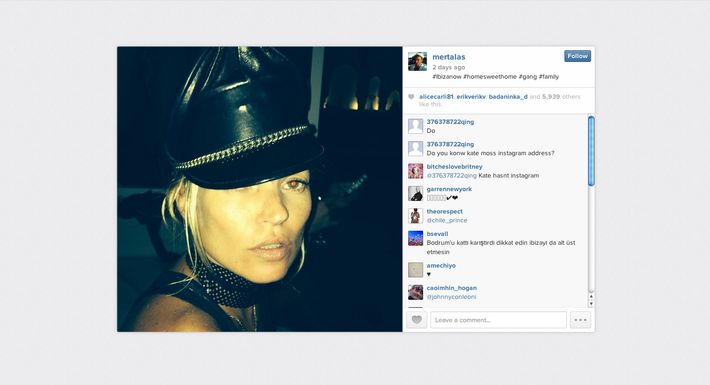 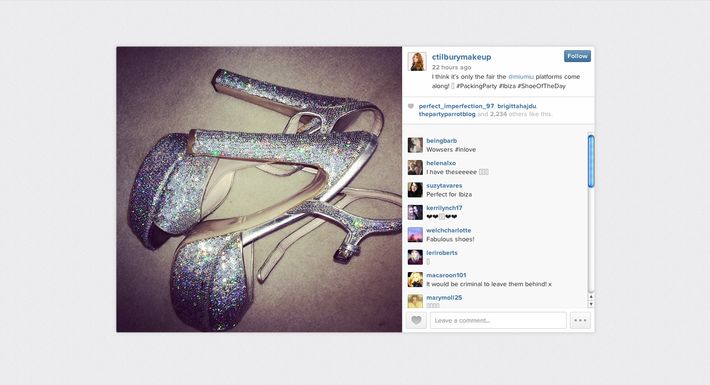 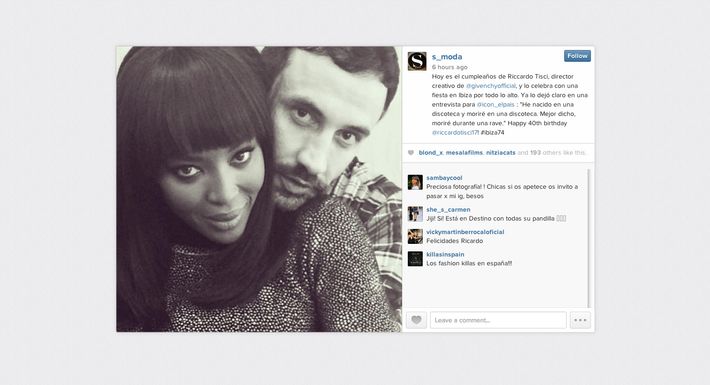 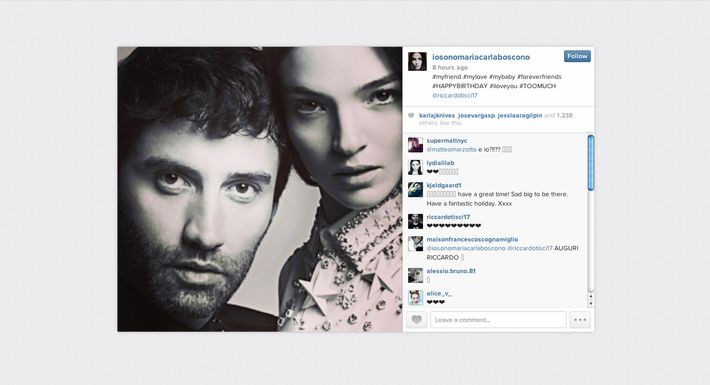 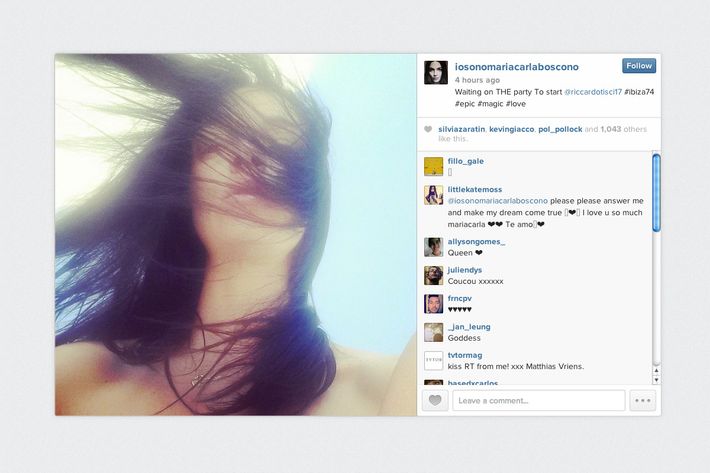 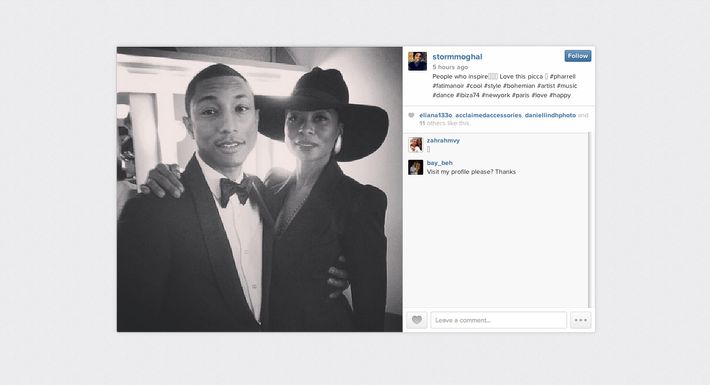 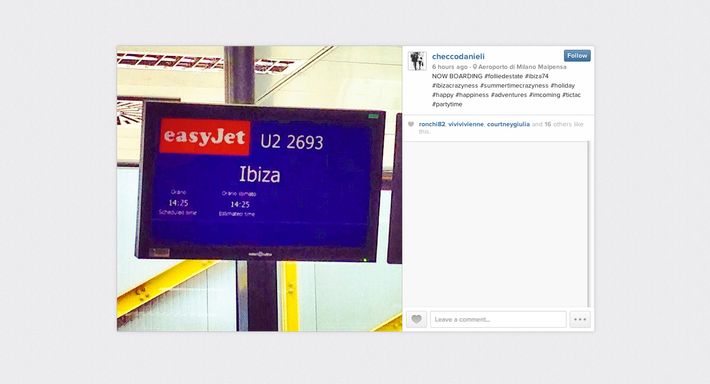